More than a year after a federal report became public revealing that police erased and suppressed evidence that might have freed him, Glen Assoun is wondering whether anyone will be held accountable for his wrongful imprisonment.

“It affects me in that the governments just don’t care,” he said last week in a phone interview from his Halifax apartment. “They have no feelings about what happened to me.”

Assoun, now 64, spent almost 17 years in prison on a murder charge and five more years under strict parole conditions before a court declared his innocence in March 2019. He says he’s suffering from mental illness and heart disease as a result of his years in prison.

And he is not alone in questioning who will answer for the actions that upended his life.

Ian Scott, the former head of the unit that investigates police misconduct in Ontario, backs Assoun’s view that both a criminal investigation and public inquiry are warranted, saying his case fits a pattern of poor Canadian police accountability for wrongful convictions.

“The case ought not to rest … The stakes are too high in these circumstances to have it end there, saying it was just a mistake,” Scott said in a recent interview.

Assoun was convicted in 1999 of the murder of Brenda Way, who was found with her throat slashed in a Dartmouth, N.S., parking lot in November 1995. The crime remains unsolved.

His original conviction has long been criticized by Innocence Canada – a group that has helped free 23 wrongfully convicted people – for issues at his trial that ranged from the use of videotaped evidence from a dead witness through accepting a knife discovered at the scene 10 months after police dogs had scoured the area as a potential murder weapon.

However, in July 2019, revelations of the troubling actions of the RCMP and the Halifax police before Assoun unsuccessfully appealed his conviction brought his case to national attention.

Following a court application by The Canadian Press, CBC and the Halifax Examiner, a report by the federal agency that probes wrongful convictions was released, saying an RCMP unit in Halifax had destroyed an officer’s database of information about other suspects, along with physical evidence gathered to back his theories, prior to a 2006 appeal hearing.

The report noted that Const. Dave Moore had tried repeatedly to tell his superiors his work was relevant, and yet it was never disclosed.

The RCMP’s only public response has been to point to an internal review about the destruction Moore’s findings and state there was “no malicious intent.” The RCMP was asked for comment on whether they had changed their position, and had not replied more than a week after the original request from The Canadian Press.

The defence that there was no malicious intent doesn’t sit well with some experts on police misconduct and criminal law who have reviewed the case.

Anthony Moustacalis, a former president of the Criminal Lawyers’ Association, says that, like Scott, he believes there are potential grounds for a criminal investigation.

“We have a constable going up the chain of command to insist the evidence be produced, and it is not produced,” he said. “It is very disturbing.”

The experts formed their views after considering portions of the preliminary assessment of Assoun’s case by the Criminal Conviction Review Group.

The 2014 document by federal lawyer Mark Green surveyed problems with the original investigation by the Halifax police. This included a revelation that a woman who testified Assoun confessed to the murder as he sexually assaulted her had altered her story and was now identifying serial killer Michael McGray as her attacker.

Green also wrote that in the years prior to Assoun’s appeal, the RCMP’s Moore had unearthed new information pointing to McGray and other suspects in the Way murder.

Specifically, Moore’s use of the police database system know as ViCLAS in 2003 led him to believe Assoun was innocent and that McGray – who’s admitted to multiple murders and was convicted of seven – was a suspect.

In addition, Green reported statements from McGray, at least 10 notebooks of interviews from his investigations of the Way murder, a psychological profile and correspondence had disappeared at some point after the analyst was suddenly shifted out of the unit in 2004.

McGray, serving a life sentence, has declined interview requests from The Canadian Press about the allegations. In an interview in 2000 with The Canadian Press, McGray included a Halifax murder in the list of locations of killings he said he carried out across Canada but he did not identify the victim or the circumstances. The serial killer’s claims were never proven.

During his investigation, Green produced documents showing that Assoun’s lawyer in the appeal, Jerome Kennedy, had specifically asked for the Crown to disclose ViCLAS-related evidence.

A 2014 internal investigation by RCMP Insp. Larry Wilson, then the head of major crimes in Halifax, concluded the missing files in the Assoun case were deleted for “quality control purposes,” but the actions were “contrary to policy and shouldn’t have happened.”

Scott said a probe by an independent investigator is needed to get to the bottom of the matter.

“There should be a further investigation because there could be potential criminal liability by the officer who ordered those documents destroyed,” he said.

Both Scott and Moustacalis say an obstruction of justice case is a difficult one to win, as prosecutors must show there was an intent to destroy evidence knowing it would have an impact on Assoun’s case.

“The hard part is proving it was willful,” Scott said.

Meanwhile, the question remains of why neither Moore’s work nor its deletion was disclosed to Assoun’s defence counsel before his appeal, despite evidence a high-ranking officer in the RCMP knew of the analysis.

In his report, Green noted that on Jan. 27, 2005, Insp. Leo O’Brien, the head of the ViCLAS unit in Ottawa, and an RCMP lawyer discussed the issue of disclosure with the local RCMP officer who was the liaison with the Crown.

A handwritten note reproduced in Green’s report noted, “they would argue (1.) no new evidence” in response to Kennedy’s request for information about ViCLAS information on alternate suspects.

Several days after the Jan. 27 discussion, O’Brien started an e-mail exchange with Moore in which the constable alleged his evidence had been “suppressed” and outlined his investigations into alternate suspects.

Green noted in his report that, “O’Brien’s response was that he was not in a position to do anything.”

In addition, there was a Halifax police liaison officer, Sgt. Ken Bradley, on the ViCLAS unit, who Wilson said was aware of Moore’s work being deleted.

The Halifax police declined comment, “in light of the potential for future legal processes and in keeping with our practices in relation to unsolved crimes in our community.”

Moustacalis says any police officer who knows of nonprivileged evidence relevant to a trial has a duty to disclose it. Regardless of whether a criminal probe proceeds, both Moustacalis and Scott say a public inquiry is needed to examine the wider issues involved.

Meanwhile, the Assoun case is seen by Innocence Canada as the visible tip of a larger pattern of provincial attorneys general not ordering independent criminal investigations into police actions in cases of wrongful conviction.

The organization reviewed seven public inquiries going back to the 1989 royal commission on the wrongful prosecution of Donald Marshall Jr. in Nova Scotia, and found only a single instance of an officer being prosecuted in a wrongful conviction, and the case was dropped due to the officer’s poor health.

“Although, almost every commission of inquiry makes recommendations related to police investigations generally, none of them seem to directly address police misconduct of individual officers,” wrote Innocence Canada counsel Bhavan Sodhi after reviewing the commissions’ findings.

At his home in Halifax, Assoun says he continues to struggle to leave his home and be around other people, and suffers from bouts of depression that would make it difficult to endure an inquiry or court case.

But he said he’d willingly sit through either to hear the truth behind his tragedy.

“There has to be accountability,” he says. 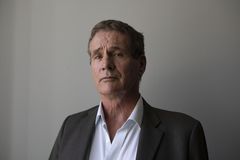 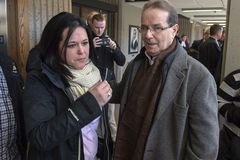 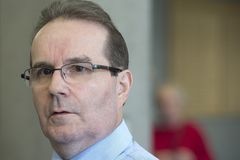