Nearly 800 days after Chinese authorities seized Michael Kovrig and Michael Spavor, the Canadian government has secured the support of 57 other countries for a joint condemnation of hostage diplomacy, though without any promises to act against countries that arrest foreign citizens as a diplomatic tool.

Canada’s closest allies joined with Caribbean and African countries, the Kremlin’s adversaries and the European Union in signing a declaration against arbitrary detention in state-to-state relations. Such arrests endanger the travel and trade that are fundamental to the global economy, they said.

The declaration is “trying to put pressure on countries that do it, and to tell them that this is totally unacceptable and that there are eventually going to be consequences to countries that ignore that,” Foreign Affairs Minister Marc Garneau said Monday. He avoided invoking China directly, though Ottawa has regularly accused Beijing of arbitrarily detaining Mr. Kovrig and Mr. Spavor, who have been incarcerated while China demands the release of Huawei executive Meng Wanzhou.

The declaration is a first step, Mr. Garneau said, pointing as a hopeful example to the Canadian-led campaign that eventually led to an international treaty against land mines. But a quarter-century after the conclusion of that treaty, China, Russia and the United States have yet to sign on. Similarly, China, Russia and Iran – all accused of hostage diplomacy – have not signed the declaration.

Washington has, however, given its formal support, and “the fact that so many countries are endorsing this declaration is a sign of its strength,” U.S. Secretary of State Antony Blinken said. Human beings, he said, “are not bargaining chips.”

It remains an open question whether countries can be persuaded to move from words to action against those who practice hostage diplomacy – particularly if they have economic clout, like China. Many Western countries have criticized Beijing, for example, over its policies toward the Uyghur minority in the western Xinjiang region. Outside the U.S., however, there has largely been an unwillingness to take consequential action.

And Canada itself has taken no direct action against China for its arrest of Mr. Kovrig and Mr. Spavor, declining to sanction Chinese officials or respond in kind when Beijing initially blocked imports of some agricultural goods.

“We need democracies to be more vocal about the principles they defend, more determined to defend them and more united in doing so,” said Amal Clooney, the rapporteur for the International Bar Association Human Rights Institute, who spoke at a virtual launch for the declaration on Monday.

“This declaration should be complemented by enforcement measures to give it teeth, so that arbitrary detention attracts real-world consequences that protect the detained and punish the detainers,” she said, suggesting financial and travel sanctions against responsible officials.

The declaration also does little to define hostage diplomacy, which provided an opening for some in China to turn the text to that country’s own advantage – even before it was published.

Beijing has accused Canada of arbitrarily detaining Ms. Meng, who is fighting extradition to the U.S. on fraud charges, and “the so-called declaration is more like a ‘confession’ admitting the mistake Canada has made in the Meng case,” Lu Xiang, a research fellow at the Chinese Academy of Social Sciences, told the Communist Party-run Global Times on Saturday. The newspaper, whose sharp-tongued copy does not always reflect official views, cited experts as saying the hostage diplomacy declaration amounts to “an aggressive and ill-considered attack designed to provoke China.”

The Chinese embassy in Ottawa called Canada “hypocritical and despicable” for its leadership of the declaration. “One the one hand, the Canadian side claims that it upholds the rule of law and opposes arbitrary detention. On the other hand, it acts as an accomplice of the U.S., and helps the U.S. to use Meng Wanzhou as a bargaining chip to oppress Chinese enterprises,” the embassy said. It called China “a country with rule of law” that has arrested Mr. Kovrig and Mr. Spavor for undermining Chinese national security. Chinese authorities have not provided any evidence for the allegations; in 2014, state security arrested Canadian Kevin Garratt for similar violations on the basis of photos he had taken, including one of a bridge that is a popular tourist attraction.

Human-rights organizations have accused some of the declaration’s signatories themselves of practising unjust imprisonment. “If governments remain silent when their allies detain people arbitrarily, it undermines the fight against all forms of arbitrary detention,” said Kenneth Roth, executive director of Human Rights Watch. He pointed to the U.S. for its continued incarceration of prisoners in Guantanamo Bay, and to Israel, which has been accused of holding hundreds of Palestinians on administrative detention orders without charge or trial.

Still, the number of signatories to the Canada-led declaration reflects a deepening global frustration with the tactics of authoritarian regimes, and a growing unease about what the rise of China is likely to mean for the postwar international order and the institutions that sustained it. The declaration amounts to the “start of a growing alliance for advocacy,” said Mark Brantley, Minister of Foreign Affairs for St. Kitts and Nevis.

Smaller countries “depend on the international rule of law. Therefore, every effort that bolsters international law and fortifies international norms is another welcome layer of protection,” said E. Paul Chet Greene, Minister of Foreign Affairs for Antigua and Barbuda.

Australia, which has also accused China of taking its citizens hostage, intends “to work with our international partners to counter this malicious activity,” Minister of Foreign Affairs Marise Payne said. But, cautioned Czech Minster of Foreign Affairs Tomas Petricek, “for this initiative to succeed, we need as many signatories as possible.”

Among the most vocal supporters for the declaration were countries locked in conflict with Russia. “We believe a lot more can be done in this area through co-operation between states, so that our citizens are safe from similar practice of lawlessness,” said David Zalkaliani, Minister of Foreign Affairs in Georgia. He accused Russia of using arbitrary detention “as a tool for destabilization.”

Russia has detained and imprisoned about 100 Ukrainians on politically motivated charges, said Dmytro Kuleba, Ukraine’s Minister of Foreign Affairs. To make change, he said, “we need to be united and speak vocally.”

Editor’s note: An earlier version of this story incorrectly stated that Dmytro Kuleba is Vice Prime Minister of Ukraine for European and Euro-Atlantic Integration of Ukraine. Mr. Kuleba's role changed last March and he is now the Minister of Foreign Affairs. This version has been corrected.

China fires back at U.S. allegations of lack of transparency
February 14, 2021 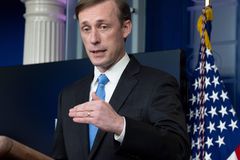 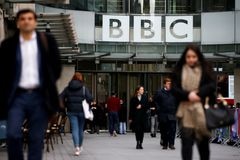 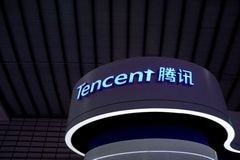