Most people don’t think of kidney failure as a blessing. Paul Drier saw it differently.

It wasn’t that Mr. Drier – a 60-year-old widower and father of two who spent his career designing the exterior walls of skyscrapers – relished having a chronic disease.

But he appreciated that it gave him the power to die when he was ready, without applying for a legal assisted death or dying by suicide. All he had to do was tell his doctors that he was finished with dialysis, and he was free to go.

“God blessed me with kidney failure,” Mr. Drier said, “because it’s an on and off switch.”

On Dec. 17 at 11:45 p.m., 12 days after stopping dialysis – after flicking his own personal off switch – Mr. Drier died at a hospice north of Toronto, making him among the approximately 3 per cent of Canadian dialysis patients who withdraw from the treatment every year.

Before he decided to let nature take its course, Mr. Drier was like thousands of others across the country who grapple with how long to stay on dialysis when they are too ill to qualify for a kidney transplant.

That is surprisingly common: Of the 23,305 Canadians outside of Quebec on dialysis in 2018, only 2,626, or 11 per cent of the total, were on the waiting list for a kidney transplant, according to the Canadian Institute for Health Information (CIHI), the country’s health-care statistical agency.

Most of the rest weren’t medically fit enough for the transplant queue. They were part of a rising tide of older Canadians with renal failure and multiple chronic illnesses – including diabetes, hypertension and heart disease – for whom dialysis is not a way station en route to a transplant, but a way of life.

The number of Canadians on dialysis has more than doubled over the past 20 years. One CIHI report found that, in 2014, expenditures on dialysis patients totalled approximately $1.9-billion, or 1.1 per cent of all health spending outside of Quebec.

More distressing than the strain on the health-care system is the strain that months or years of dialysis can put on patients, their families and the nurses who care for them, said Sara Davison, an Edmonton nephrologist and director of the University of Alberta’s Kidney Supportive Care Research Group.

“Patients have this perception – and it’s probably because we’ve given it to them – that this is life-sustaining treatment that can just go on forever,” Dr. Davison said of dialysis. “But the fact is it doesn’t preserve life forever. You get this awful trajectory of spiralling down for patients.”

Patients on dialysis usually spend four hours a day, three days a week, tethered to a machine that siphons their blood, cleanses it of the waste a healthy kidney would remove, then returns it to the body.

Some patients tolerate the procedure well and are grateful for the extra years it gives them, Dr. Davison said.

But others find it diminishes them, body and soul.

By the time Mr. Drier was deemed medically ineligible for a kidney transplant in November, he had for nearly 18 months been waking at 4 a.m. three days a week to drive an hour from his apartment to a dialysis centre.

“I’ve stood 790 feet in the air on bamboo scaffolding," Mr. Drier said, referring to his work designing and erecting curtain walls for skyscrapers. “Not a whole lot has scared me. One thing that I have a phobia about – that just turns me into Jell-O, I can’t stand it – is needles.”

Dialysis, he said, was like saying to a snake-phobic person, “Here, hold this snake four hours a day, three days a week.”

Of course, crippling needle-phobia was far from the only reason Mr. Drier withdrew from dialysis, he said in an interview at Hill House – a homey hospice in Richmond Hill, north of Toronto – on Dec. 9, with his children, Kyle, 30 and Kierston, 28, by his side.

Mr. Drier’s health had been miserable for years, he said. His beloved wife of 32 years, Vicki, had died suddenly two years earlier. His business had failed. He was broke.

Above all, Mr. Drier abhorred the thought of becoming a burden to his children. “My kids are like, ‘Dad, we’ll tear our lives apart and live with you and take care of you.’ I spent 30 years getting them to the point they’re at. Why on Earth would I do that to them? And for what purpose? To extend my miserable and painful existence?”

Despite that, Mr. Drier was eager to talk. As he unspooled the tales of his illnesses and brushes with death – the neck he broke during a college football game, the rare bacterial infection he acquired after stepping on a nail, the diabetes, the nerve disorder – it was easy to imagine him at a party, delighting friends with his macabre anecdotes.

Kyle and Kierston did not want to lose their father. But they supported his decision. They were proud of his fortitude.

They and their father wanted others to know that patients in renal failure could choose a final stretch of quality over quantity of life.

At Hill House, where the smell of freshly baked cookies wafted from the kitchen, a masseuse came to soothe Mr. Drier’s aching muscles. Nurses and a palliative doctor kept him comfortable.

When, as death approached, Mr. Drier became more confused, they gave him enough medication to put him into a deep sleep, as he had requested.

Mr. Drier had also asked that his children stay away at the end. Difficult as it was, they agreed.

On the night he died, nurses later told Kierston, “everybody went into the room and they held his hand and they stroked his hair and they played some music for him. They said, ‘Safe Journey. And Kyle and Kierston say they love you.’ "

More than 200 patients in Canada died while waiting for organ transplants in 2018: report
December 5, 2019 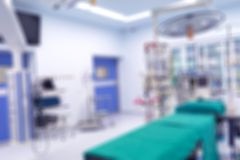 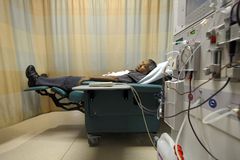