Good Friday may be a statutory holiday, but Angeletta McKenzie and her colleagues have spent the past week getting ready for an unusually busy day at work.

The head chef at the Green Sleeves Uptown restaurant in St. John’s, N.L., has been working with her team to take pre-orders for fish and chips all week in preparation for Good Friday, a day of particular resonance across the province.

McKenzie grew up in Montego Bay, Jamaica, where Good Friday meant eating steamed or roasted fish with family and community.

“It’s a big day for us,” she said. “But I still cannot wrap my head around how sacred and meaningful this day is for Newfoundlanders.”

Good Friday is one of the biggest days of the year at the restaurant, and the fish of choice is Atlantic cod, fried and served with fries. Locally, the meal is known as “fee and chee.”

Even with the city still adjusting to loosened public health restrictions following a COVID-19 outbreak in February, McKenzie said the dining room is booked all day to half-capacity, which is the maximum allowed under provincial public health rules. Take-out and delivery orders have been piling in, too, she said.

The Good Friday holiday is rooted in the province’s deep historic connection with the Catholic church, which counsels against eating meat on the first day of the Easter long weekend.

But it also tells a story of the province’s changing fishery, said Kimberly Orren. She runs a non-profit called Fishing For Success which helps encourage local participation in the province’s small-scale fisheries.

The Good Friday “fee and chee” craze at restaurants is relatively new, she said. In Newfoundland and Labrador, “fish” means cod, and the cod fishery was typically still closed for the season on Good Friday, she said.

Instead, like many others in the province, Orren grew up eating salt cod on Good Friday, cooked at home and often drenched in melted butter. The cod would have been caught in the summer season and then preserved in salt to last through the winter.

As people got better appliances in their homes, they could freeze the fresh cod in the summer and save it for days like Good Friday, Orren said.

“And if it’s a little bit freezer-burnt well, make au gratin on it, just pile lots of cheese on it!” she said.

The Catholic Church considers seal to be fish, and Orren said she and many others would also eat seal on the holiday.

Jasmine Paul grew up in a family of fishers and is now a fish harvester herself. She lives in Come By Chance, about 150 kilometres northwest of St. John’s.

Paul said she remembers having frozen fresh or salted cod on Good Friday when she was growing up, adding it was “always caught by someone in the family.”

The freezer in Paul’s grandmother’s home, which Paul herself moved into last year, is still packed with cod, she said.

Those kinds of connections to locally caught fish are increasingly disappearing, Orren said. The cod sold at restaurants, even on Good Friday, is unlikely to be local, she said. Even when cod is in season, it’s tough for anyone without a local connection to find fresh, locally caught, especially in St. John’s, she said. “You’ve got to make that connection with the individual harvester, and that’s not easy to do.”

Nearly 30 years after the federal government imposed a moratorium on cod fishing in hopes of replenishing depleted stocks, the commercial cod fishery that exists now is also very small.

There is a so-called “stewardship” cod fishery in the Grand Banks area off the southeast coast of Newfoundland, along with another small cod fishery off the southern coast of the island in a zone labelled 3PS. Neither are open right now, and Fisheries and Oceans Canada is considering keeping the 3PS fishery closed this year — new survey methods indicate the stock may not withstand another commercial harvest.

Paul said her family has been fishing there for five generations, herself included. Closing the 3PS fishery would be devastating, she said.

Back at Uptown Green Sleeves, McKenzie said people ate all kinds of different fish on Good Friday back in Montego Bay.

“Here in Newfoundland, it’s all cod,” she said. And though it may not be locally caught, McKenzie said she makes sure it’s just as good. 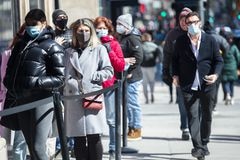 Opinion
In these times of darkness, let’s remember the hopeful message of Easter
April 2, 2021 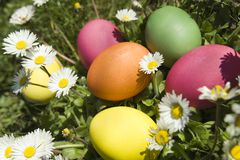 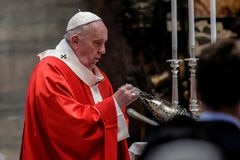