Ontario students were the only ones in the country who did not show a statistically significant improvement over a six-year period in math, according to the latest standardized test results by an intergovernmental group founded by Canada’s education ministers.

Students in Quebec and Prince Edward Island showed the greatest gains over that time period.

The Pan-Canadian Assessment Program (PCAP) test was administered to about 27,000 Grade 8 students and Secondary II students in Quebec in the spring of 2016. It offers insight into how students in different provinces compare and provides data that can be used to compare the impact of education policy on student learning.

The focus of the 2016 test was reading, but math and science were also assessed.

Even though almost every province - except Ontario - saw a positive change in math over time, the results also showed that only Quebec students scored significantly above the Canadian average in 2016. Ontario and Prince Edward Island achieved results statistically similar to the Canadian average, while every other province scored below.

Math has emerged as a challenge for Canadian educators. The country has dropped out of the top 10 in international standings. Some parents have been appealing to the ministries of education to take a back-to-basics approach to teaching math, emphasizing repetition and drills over problem solving.

“It’s important to remember that ministers across Canada have repeatedly underlined the importance of excellence in mathematics education,” Mr. Fleming said. “We have made numeracy skills a top priority in curricula across the country, and this is a lasting commitment.”

Ontario’s Premier, Kathleen Wynne, has previously acknowledged that something in the way math is taught has led to disappointing results in her province and the subject will be the first to be revamped as part of a wider “curriculum refresh.”

Ontario’s standardized tests have shown math scores falling or stagnating. Half of Grade 6 students failed to meet provincial standards in math in the 2016-17 academic year.

Asked why Ontario students haven’t shown improvement like other provinces, Education Minister Indira Naidoo-Harris said the PCAP test took place before the government injected $60-million into the education system to add math-specialist teachers to every school and provide additional training for staff. The Liberal government have also made 60 minutes of math instruction each day mandatory in elementary-school classrooms.

“As this assessment took place before the implementation of our $60-million renewed math strategy, we look forward to seeing the impact of this strategy in supporting students with math,” Ms. Naidoo-Harris said in an e-mail statement.

The PCAP test results also showed that close to 90 per cent of Grade 8 or Secondary II students in Quebec performed at or above Level 2 in reading. Level 2 is the baseline level at which students demonstrate reading skills that would enable them to participate effectively and productively in life, the report said.

The test in reading involved understanding texts and then interpreting and responding personally and critically to them.

In reading, only Saskatchewan, Manitoba, New Brunswick, Nova Scotia and Newfoundland and Labrador performed below the Canadian average.

Canada’s overall score in reading improved between 2010 and 2016. Some have speculated that the declines in math scores may be partly the result of an emphasis on reading and writing.

In science, achievement improved over time. Within provinces, science results either remained stable or improved between 2013 and 2016. Alberta students had the highest scores in science. 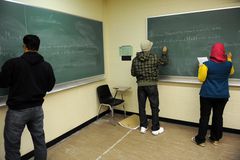 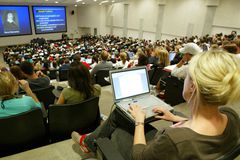