She is a Newfoundland woman who worked hard all her adult life to raise a family. Her struggles had just started to ease up with her children grown and she had hoped her 50s might be a time to slow down, take a trip each year and, every once in awhile, buy herself something nice.

But the opioid epidemic that has moved across Canada, tearing families apart in its wake, did not spare hers.

She is among a growing number of grandparents who are stepping up as their adult children are consumed by addiction.

“It started with OxyContin,” said the woman, whose identity is protected to safeguard the names of the two young grandchildren she is now raising in St. John’s. “Then it was Ritalin, Percocet. I can name off a lot of drugs.”

Her son is the children’s father. His former girlfriend is their mother. Both parents have abused various opioids and other pills over the last several years, she said.

She took in the kids, both under the age of 13, when she discovered her youngest grandchild hadn’t been to school for several weeks. Neither parent objected, she said.

Casual drug use that started when her son was still a teen and making good money in construction had escalated out of control. He no longer has a fixed address.

“He’s there when he’s straight,” she said of his involvement with the children at her place. “As soon as he gets money, I don’t see him for a few days.”

His ex-girlfriend contacts her children sporadically and rarely visits.

The grandmother receives about $1,700 a month from provincial child services to help cover expenses. She is applying for legal custody so she can make any school and health decisions. Like other grandparents in the same situation, she described being caught in a grey area at times — including when one child needed medical care — and not being able to reach either parent for required consent.

Raising youngsters well into middle age is a major challenge but also a joy, she said. Still, it’s painful to be in the middle, trying to explain to the children why their parents aren’t around at Christmas or for school events. She wonders about what sort of chaos they endured before living with her. Neither child has ever asked to go home, she said.

“They’ve never said it yet.”

She also thinks there should be more accountability for addicts who receive social assistance, but don’t commit to getting better.

“I know you can’t make a person do whatever they should do, but if it’s caught early ... and they were made to do these rehabilitation things, some of it might change around,” she says.

Provinces are not consistently tracking, if at all, how often children are being raised by grandparents because of opioid addiction. The most recent census statistics indicate about 32,520 children age 14 and under across Canada were living exclusively with grandparents in 2016 — an increase of almost 30 per cent since 2001.

In B.C. — the centre of the opioid crisis — it would appear there’s at least some connection, said Bernard Richard, the province’s representative for children and youth.

“We don’t have hard data,” he said from Victoria. “Clearly we’re seeing parents die as a result of overdoses. Children are coming into care from issues relating to neglect when parents are dealing with addictions.

“It happens all the time.”

Grandparents on fixed incomes who suddenly take on full-time child care need more financial support, Richard said. They may also find themselves in decision-making limbo, he added, unless they apply to become legal guardians.

“We’re obviously very focused on trying to respond to an emergency and we’re not thinking as much as we should about the long-term impacts of that crisis.”

The social stigma of addiction, along with wait-lists for treatment and lack of mental health supports, are major issues, say children’s advocates across the country. They also flag the need for more family-friendly services that don’t force addicted parents to place their children in care during treatment.

“People have a lot of difficulty addressing the issue because part of it is: how acceptable is it in society to talk about your opioid problem?”

Grandparents are in a particularly tough place, Khalaf said in an interview.

“They’re kind of sandwiched between caring for their grandchild, but also being very worried about their own child,” she said.

Many live in fear of the dreaded phone call “that’s going to tell them a tragedy happened.”

In St. John’s, the grandmother raising her son’s children worries about what might happen to them if she ever got sick. 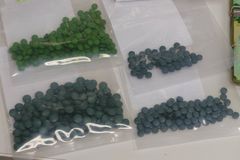 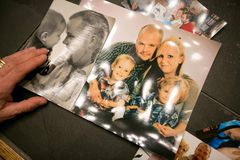 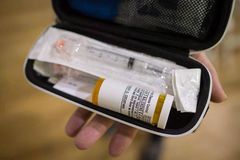