British Columbia’s minority government moved to change its key housing policy legislation on Thursday in an effort to win the support of the three members of the Green party.

The amendments came just 48 hours after the speculation and vacancy tax was introduced in the legislature.

Finance Minister Carole James and Green Leader Andrew Weaver said during a joint news conference that the three amendments to the proposed speculation tax will soon be tabled to ensure the law passes this fall.

James introduced the tax bill Tuesday saying the government wanted to cool the real estate market and convince owners of vacant B.C. homes to either sell or rent their properties.

James said the Green amendments would cut the tax rate for all Canadians who own vacant properties in certain urban areas in B.C. to 0.5 per cent on assessed value from a proposed one per cent, while revenues from the tax would be directed to housing initiatives in the communities where they are collected.

Foreign owners of vacant properties in B.C. will still face a two per cent tax on the home’s assessed value under the amended legislation.

The changes would also establish an annual meeting between the mayors of the affected communities and the finance minister to review the tax.

“Through hard work and many, many, many hours of negotiations, we’ve been able to come up with a compromise that we can both support and I will be bringing forward the amendments to this bill that addresses my key concerns,” Weaver said.

The three members of the Green party reached an agreement with the NDP after the May 2017 election to support a minority government. There are 41 New Democrats, 42 Liberals, one Independent and three Greens in B.C.’s 87-seat legislature.

Opposition Liberal Leader Andrew Wilkinson said the proposed speculation tax is fading away by the day and losing revenue.

He said the cut to the tax rate will cost the government millions.

“Originally, they had a two per cent tax for everybody involved,” said Wilkinson. “They dropped it for British Columbians to 0.5 per cent, which meant 75 per cent of that revenue disappeared from British Columbians. Now another 50 per cent is disappearing for all Canadians. So this is tax policy that’s just melting away like a snowman in July.”

James said the government estimates a $30-million revenue reduction once the rate is cut to 0.5 per cent for all Canadians.

The government originally forecast $200 million in annual revenue when the speculation tax was introduced in February’s budget as part of the NDP’s plan to create 114,000 affordable housing units over the next decade.

James said Tuesday when she introduced the legislation, the goal of the tax was to improve housing affordability for thousands of people in B.C., including seniors forced to live in their vehicles and young professionals who leave the province because they can’t find a place to live.

She said she rejected efforts by many municipalities to opt-out of the speculation tax. On Thursday, James said she’s now prepared to listen to their concerns and drop the tax if it’s no longer needed.

“Certainly, if we start seeing more affordable housing in communities and we need to make some adjustments, then that will occur,” said James.

Langford Mayor Stew Young said in a letter to James and Premier John Horgan earlier this month that he feared the tax could spark an economic downturn.

Young, whose community is in Horgan’s Victoria-area riding, said the tax “will dry up investment in British Columbia and is a recipe for financial disaster.” 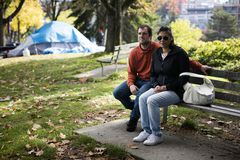 Explainer
Vancouver’s civic election is today. Here’s what you need to know
October 20, 2018 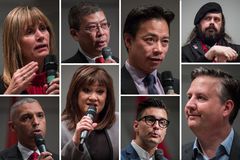