It was not long after schools closed that Monica Belyea began to wake up with a feeling of dread, knowing the day ahead would see her eight-year-old son slumped in a chair as she pleaded with him to complete his assigned schoolwork.

Finally, last week, she found a solution: She gave up.

“A part of me does feel guilty,” said Ms. Belyea, who lives in Toronto. “I am the parent, and sometimes kids have to do what they don’t want to do. But it’s just too much. I can’t fight with him every day like this.”

More and more parents across Canada are voicing their frustration at trying to keep their children’s education continuing with what they view as the endless stream of web links and instructions sent by teachers. Distance learning can leave them feeling overwhelmed, especially as the length of school closings stretches into months, from weeks, to stop the spread of COVID-19.

Some are trying to balance the demands of teaching with full-time work at home. But some exhausted parents, such as Ms. Belyea, have decided to stop for the rest of the academic year.

“I’ve read so many things on social media about how this shouldn’t be a stressful time for kids and parents. And yet I was still pushing,” she said. “I finally said, ‘You know what, I’m going to listen to all those things that I’m hearing and just make it into a time where he’s not completely frustrated and dreading every afternoon.’”

The amount of assigned schoolwork differs vastly among provinces. Saskatchewan has said that school boards and teachers will implement a “supplemental curriculum program” for students who choose to continue learning. Alberta and Ontario have spelled out the number of hours of work a week teachers are to assign students based on their grade level.

Many school districts have emphasized that schoolwork will not negatively affect a student’s marks, and education professor Carlo Ricci said he is expecting that parents will pause until in-class instruction resumes.

Prof. Ricci, a professor in the Schulich School of Education at Nipissing University in North Bay, said parents initially may try to replicate the structure of school in their homes and struggle to develop their children’s interest before realizing learning happens in different ways.

“[Opting out of school] is not something they should feel bad about, but something that they should embrace and celebrate, because what it means is they’re listening to their children,” he said.

“At the end of the day, even if you are a fan of [conventional] schooling and the curriculum and you think it’s important … what happens if children actually pause? What is going to happen if they don’t do anything up until September or even beyond? Nothing. Nothing is going to happen.”

Vancouver parent Cora Burnette said that when the school schedule lands every week, it involves her moving from one device to the next, one website platform to another, and printing out sheets of paper. She wondered how sustainable it was going to be.

Her 14-year-old, she said, is “pretty self-sufficient,” but schoolwork is the last thing her 11-year-old son wants to do and Ms. Burnette has wrestled with quitting altogether. Her son would rather spend his days skateboarding.

“It’s adding more stress in an already stressful situation,” said Ms. Burnette, who owns a small business and whose husband is now working from home. “I’m trying to fulfill all these roles, and it feels like failure.”

Caroline Arsenault, in Halifax, said it was freeing when the family decided to opt out of schoolwork. Her third-grade daughter is baking, and along with her older son, they’re watching YouTube videos on practical things such as techniques to fold laundry, playing board games, walking in the neighbourhood, connecting with friends online and reading daily.

Ms. Arsenault mapped out the lesson plans from the teachers when learning at home began. “It quickly become really unmanageable,” she said, adding that it was hard to get her children motivated and it was tricky figuring out the technology.

Her son, who is in Grade 6, had a meltdown about schoolwork recently and “that’s when I just decided to forget about it,” she said.

“In between working full time, managing our household … I can’t dedicate a whole lot of time to formal learning," she said. "So we’ve just decided to not.”

Her children participate in Google hangouts with their teachers and classmates, but she gives them a choice of whether they want to do more schoolwork.

“This is a time to allow children to have this other creative exploration and to learn other things. So I’m trying to really just seize on it. If there’s a silver lining to this, it’s having that type of space," Ms. Arsenault said.

In Toronto, Ms. Belyea said her older daughter enjoys doing schoolwork. Her son’s teacher has offered to draw up a lesson plan for him, but Ms. Belyea said he is happier doing his science experiments in the kitchen and learning origami.

“At the end of the day, he’s not the only kid that’s probably behind when school starts up again,” she said. “Somehow I assume they’re going to have a figure out a way to catch these kids up.” 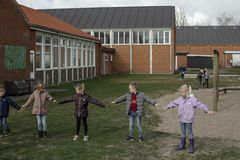 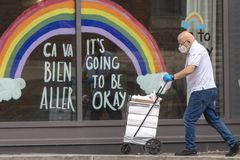 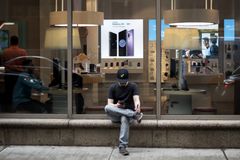 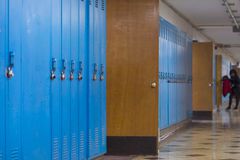