Quebecers of Haitian descent reacted with shock and worry on Wednesday to the assassination of Haitian President Jovenel Moïse.

Nicholson Poulard, a Montreal-based information technology worker who left Haiti in 1987, said the killing has left him worried about his family back home.

“Haiti has been hell lately,” Poulard said in an interview. “My family has been sending me horrific photos.”

On Wednesday, many Montrealers of Haitian decent around the city’s Villeray neighbourhood didn’t want to speak publicly when approached for comment. Many said they feared that doing so would endanger their families in Haiti.

Political and economic instability has deepened across the Caribbean nation in recent months, with widespread protests paralyzing the country of more than 11 million people. Gangs in the capital, Port-au-Prince, have grown more powerful, with more than 14,700 people driven from their homes last month alone after gangs set fire to homes and ransacked them.

The escalating violence reached the highest office in the country when Moïse, a former banana producer, was assassinated at his private home Wednesday following “a highly co-ordinated attack by a highly trained and heavily armed group,” interim Prime Minister Claude Joseph said. His wife, Martine Moïse, was injured in the attack and remains in hospital.

Moïse ruled Haiti for more than four years, as the country grew increasingly unstable. He was 53.

Poulard, like many Quebecers with family in Haiti, said he intends to continue sending money to his loved ones.

But Frantz Andre, who left Haiti 56 years ago and works at a migrant justice network in Montreal, said he worries money transfers will end up in the hands of criminals.

“People, even if they haven’t eaten in the past two, three days, are worried to leave their homes,” Andre said in an interview. “They don’t want to take the risk of possibly having their money taken, or that the currency exchange office is corrupted.”

Andre said his priority in the coming days is to stay in contact with family and friends and find a way to help them move out of the dangerous parts of the Haitian capital. Fifteen people were killed – including a journalist and activist – on June 29 during a shooting rampage in Port-au-Prince.

Andre said he knew one of the victims. “The brother of a good friend was butchered with a machete a few weeks ago, then another friend was killed during the massacre last week.”

Prime Minister Justin Trudeau on Wednesday condemned Moïse’s assassination. “Canada stands ready to support the people of Haiti and offer any assistance they need,” he tweeted.

Frantz Benjamin, a Liberal member of the Quebec legislature who is from Haiti, says the community in Montreal needs time to take stock of the assassination. For many members of the Haitian diaspora, he said, it’s getting increasingly difficult to imagine returning home.

“A lot of elders from the Haitian community dream of becoming Quebec snowbirds in Haiti,” Benjamin said in an interview. “But it’s a dream that keeps being pushed away and called into question.”

– With files from The Associated Press 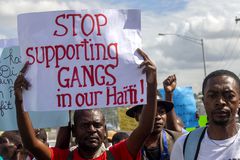 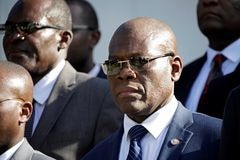 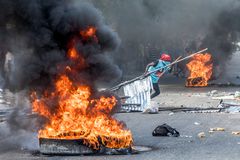