Rockmen Parris stood at the back of the room on Friday, listening to the Halifax police chief’s historic apology for racial profiling by officers, and couldn’t help thinking about his own family history.

His grandfather, Gerald Parris, fought and trained alongside white soldiers in the Second World War, but wasn’t allowed to go to the Legion when he returned home. When the City of Halifax demolished Africville, a black seaside community that flourished until the 1960s, Mr. Parris’s family was booted from their land.

That same systemic racism that has been a fact of life for black Nova Scotians for centuries still exists today, he said. That’s why he greeted Halifax Regional Police Chief Dan Kinsella’s apology over the now-banned practice of street checks with cautious optimism.

“I take it with a grain of salt, because words are different than action,” Mr. Parris said. “But I remain hopeful. This is a good thing. If they can change, it might snowball into a bigger thing.”

Chief Kinsella said street checks – a practice that stopped black people at a rate six times higher than whites, according to a recent study – often left young black men feeling humiliated and only deepened mistrust of the police. The controversial policy of logging information about people that police interacted with was banned last October after it was deemed illegal.

The practice of police street checks is under fire across Canada. A recent study found the Montreal police force engages in systemic racial profiling that targets Arab, black and Indigenous people at a far higher rate than whites. Ontario regulated street checks, also known as carding, based on evidence they were used for racial profiling, in 2015.

In 2018, an Ontario Human Rights Commission report found police were far more likely to kill and injure black people than white people. It said a black person in Toronto was nearly 20 times more likely than a white person to be shot by police, and found black people remain overrepresented in violent police interactions.

Chief Kinsella said racial profiling will not be tolerated, and pledged to hire more black officers, start a “know your rights campaign," form an advisory committee of black community members, improve sensitivity training and personally look into complaints of mistreatment at the hands of police.

“Far too many times, we have failed you,” Chief Kinsella said, as hundreds from the African Nova Scotian community gathered at Halifax’s central library.

“I acknowledge the community's concerns that the actions of police have had a negative and deep impact on generations of the African Nova Scotian community and disproportionately on young black men."

She hoped the apology would mark a turning point in relations between the police and the black community. But she cautioned that racism isn’t easily rooted out of any institution.

“The history of what we have experienced as black Nova Scotians is very painful,” Dr. Francis said. “Law enforcement agencies must accept and understand that racism and discrimination is not part of their job description. ... And it takes more than training programs to eliminate racist behaviour.”

Some in the crowd described generations of black Nova Scotians growing up being treated with suspicion by police. They said they had been waiting a long time for the chief’s apology.

“It was a message that was long overdue,” said Shawn Parker, a black community organizer in Halifax. “This didn’t start yesterday. This started in my grandfather’s time, my father’s time, my time, my kids’ time. Constantly being harassed and stopped by police, this wasn’t something new that just rose up.”

He said he respected the chief’s willingness to apologize for something that happened before he took over the job, and he believes Chief Kinsella is genuine when he says he wants to change the police service into a more inclusive and historically-sensitive organization.

“There’s generations of distrust between the black community and the police. Trust is a hard thing to get, but an easy thing to lose. They lost that trust, but now it’s time to rebuild that,” Mr. Parker said.

Mr. Parris, meanwhile, said he’ll be watching to see how the chief’s historic words begin to affect actual change on the police force, in a city with a long history of mistreating its black population. And he hopes it doesn’t stop there.

“To me, it’s like we’re still at the same spot. Racism is still alive in 2019. This is just a small part of everything, it’s a symptom of a bigger problem,” he said. 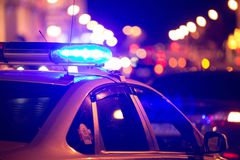 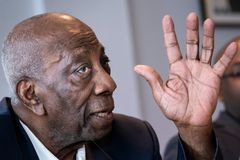 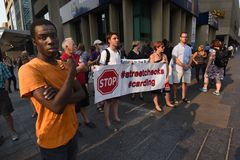