An Ontario Catholic school district has withdrawn a controversial policy that would have forbidden its students from raising money for charities that support abortion, euthanasia and other activities opposed by the church.

At a committee meeting earlier this week, trustees at the Halton Catholic District School Board voted not to implement changes to the fundraising policy, meaning schools can raise money for whichever charity they choose.

The vote followed months of outcry from many parents and students, and criticism from the province’s former education minister about a lack of consultation before the board implemented its “Sanctity of Life” policy. Trustees voted in May to suspend the policy changes until after it had received and considered feedback from the wider school community.

Board chair Diane Rabenda, who was not in favour of restricting school fundraising, voted at this week’s committee meeting to make no amendments to the fundraising policy. “What I can tell you is that, as an individual, my vote was based on a significant amount of feedback that I received on this matter from my constituents and from stakeholders across our district,” she said.

Trustees first passed a motion in February stating the school board would no longer provide or facilitate financial donations to non-profits or charities that publicly support, “either directly or indirectly, abortion, contraception, sterilization, euthanasia, or embryonic stem cell research.”

The broad nature of the policy caught many off guard and students and parents complained to the board that they were only asked to provide feedback after the resolution came into effect.

It also prompted Ontario’s former Liberal education minister Indira Naidoo-Harris to take the unusual step of asking the board to suspend the policy. In a letter to trustees in April, a copy of which was obtained by The Globe and Mail, she wrote that she had received numerous complaints from parents and students about the lack of consultation around the policy.

David Harvey, a parent and an outspoken critic of the changes, said he was “relieved and grateful that this restrictive policy” was repealed. At one point, Mr. Harvey had filed an application for a judicial review, hoping the court would suspend enforcement of the policy until after the community had been consulted.

Mr. Harvey’s wife died a month ago, and his son’s school will hold a fundraiser for breast cancer awareness this month. The money raised will go to the Juravinski Cancer Centre where his wife was treated, Mr. Harvey said. But because the centre is affiliated with Hamilton hospitals that perform abortions and provide contraception, the fundraiser would not have been allowed under the proposed policy, he said.

“Had the policy remained in place, this would have been impossible, and worse, the board would have been saying to my son and his school community that it goes against Catholic values to donate to the place that did so much for our family,” Mr. Harvey said.

Helena Karabela, one of the trustees who brought the changes forward, said she disagreed with the board’s decision to quash the Sanctity of Life policy.

“Fundraising activities in Catholic schools should be for the benefit of charities whose work or mandate does not contradict or compromise the church’s teachings on the sanctity of life from conception to natural death,” she said.

The debate over the Sanctity of Life policy consumed several board meetings, with trustees hearing from delegates for and against the changes.

It also caused confusion among charities. At one point, more than 30 charities and non-profits had signed a form provided by the Halton Catholic board promising not to support certain activities to continue receiving donations. But several charities did not know what they had agreed to, and some said they were only stating the board’s concerns did not apply to their organizations. The Canadian Cancer Society did not sign the declaration. Several large charities, including WE Charity, the Terry Fox Foundation and the United Way Halton & Hamilton, removed their names from the board’s list of approved charities. 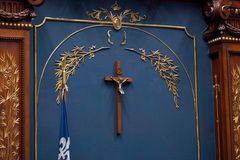 Opinion
Is the Vatican’s agreement with China a deal with the devil?
October 11, 2018 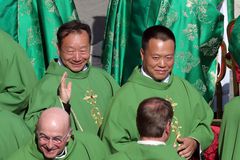 Pope compares having an abortion to ‘hiring a hit man’ to solve problems
October 10, 2018 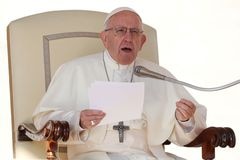