Hamilton police made two arrests – yet laid no charges – in their investigation of alleged voter fraud at a Progressive Conservative Party of Ontario nomination meeting, but the lead officer said details of the probe should be kept under wraps to avoid creating “undue negative bias” toward the government.

In an affidavit filed in court on Tuesday, Detective Constable Adam Jefferess argued unsealing documents from the police investigation could jeopardize the continuing inquiry, which began 18 months ago.

The case is believed to be the first criminal investigation into alleged fraud at a Canadian political party’s candidate selection meeting, he wrote. The Globe and Mail and CTV are seeking to unseal court documents related to the case, a move the Crown is opposing.

Det. Constable Jefferess’s affidavit provides new details on the scope of the probe into alleged voter fraud and ballot-box stuffing at the May 7, 2017, nomination meeting in the riding of Hamilton West-Ancaster-Dundas. Officers have interviewed almost 150 witnesses and seized 61 different items, including 1,800 PC Party ballots, 345 voting credentials forms and more than 1,600 pages of e-mails.

However, the affidavit provides no details on the two arrests or why investigators have not laid charges.

Officers searched two residential properties tied to one suspect, seizing documents, digital devices and other materials, according to the affidavit. Some of the digital devices were sent to a third-party forensic examiner in the United States because of a claim of solicitor-client privilege. Police have not yet reviewed the contents of the devices, which could provide new leads, Det. Constable Jefferess wrote. He added that unsealing the court records could lead to the destruction of evidence by other possible suspects.

In addition, he wrote “a number of witnesses have been uncooperative with police and have refused to provide statements, or have attempted to control the interview, which has hampered the investigation.”

He noted twice in his affidavit the allegations involve the party that forms the province’s government.

“As this investigation involves a political party and the current sitting provincial government, the release of the contents of the applications for judicial authorizations to the various media outlets may cause the media outlets and/or the public who read the subsequent news stories to come to their own conclusions or draw inferences based on the information,” he wrote.

“This could lead to a prejudice of the potential jury pool (if charges are laid) and/or undue negative bias towards the current sitting provincial government.”

In all, police obtained four search warrants and 11 production orders, which are judicial orders requiring custodians of records, such as banks or companies, to provide documents to police.

The Globe is seeking to unseal records relating to the search warrants and other authorizations, including information to obtain (ITO) documents, which are compilations of evidence that police present to a judge.

“This application is to further transparency because there is overwhelming public interest in ensuring that nomination rules and procedures are followed when political parties nominate persons to stand for election,” said media lawyer Peter Jacobsen, who represents The Globe.

The PC Party of Ontario said late last year it turned over information to investigators, including two cardboard boxes containing ballots and credentials referral forms, e-mail printouts and digital copies of the e-mails.

The Globe and Mail reported previously there was a printer at the nomination meeting cranking out fake Rogers utility bills and Scotiabank statements that enabled people who were not eligible to vote to illegitimately cast ballots, according to multiple sources. In addition, there were irregularities at the credentials table, which is typically where voters are sent after encountering problems at the standard alphabetical registration stations.

The nomination race in Hamilton West-Ancaster-Dundas was one of several disputed nomination meetings that took place under former PC leader Patrick Brown, who was forced to resign last January after a media report alleging sexual misconduct, which he denies. Mr. Brown was recently elected mayor of Brampton, west of Toronto.

This past March, the PC Party announced the results in Hamilton West-Ancaster-Dundas would be set aside because of “irregularities in the nomination meeting.” A new race took place in April and was won by Ben Levitt, who also won the vote last year. He lost to the NDP in the June provincial election. 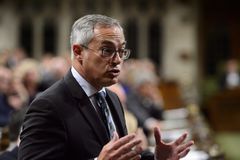 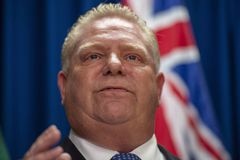 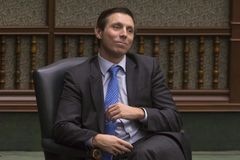