A vehicle fire off of Highway 3 in British Columbia’s Okanagan triggered a large wildfire this week. With record-breaking temperatures and little rainfall since last fall, the grass adjacent to the road ignited easily, sending flames up a steep mountainside. More than 500 hectares of grassland and sparse forest were consumed before the fire was contained. It was the second aggressive wildfire in B.C. within days.

The early start to this year’s wildfire season could be a harbinger of another challenging summer for the province.

The devastating fires in the summer of 2017 were unprecedented in scale and cost. More than 1.2 million hectares burned and 65,000 people were evacuated. The province called up crews from Mexico and Australia to help battle the fires, and paid out a record-shattering $650-million in firefighting costs.

Then, last summer, things got worse. For the second year in a row, a state of emergency was declared, as wildfires blazed in almost all regions of the province. A new record was set – 1,354,284 hectares of land were consumed by fire.

“People realize this may be the new norm,” said Fraser Lake Mayor Sarrah Storey, whose community in central B.C. faced evacuations last weekend because of the Lejac fire. Fraser Lake was hard-hit by wildfires last summer, and residents are bracing for what could be another frightening summer ahead. “You can never be prepared for this, you hope for the best each day," Ms. Storey said. “But we have to make sure we are focused on preparing the community.”

What is different this year is that B.C. is mobilizing its wildfire-fighting teams earlier.

The Lejac fire was reported at 3 p.m. on May 11, and by 3:40, Ms. Storey said, a helicopter was overhead to assess the blaze. “They really bombed the fire hard."

That’s the strategy, said Doug Donaldson, Minister of Forests, Lands, Natural Resource Operations and Rural Development. The province has almost doubled its base budget for firefighting so that it can bring people and air support on earlier “to hit these fires much harder than we have ever hit them,” he said in an interview.

More than 1,600 firefighters and support staff are available for the 2019 wildfire season. In addition to its own crews, the province expects to double the number of highly skilled contract firefighters, and for a longer stretch of the season. Firefighting aircraft contracts will be longer in 2019 as well – the “Fire Boss” skimmer aircraft group (which includes four air tankers and a spotter plane) has been increased from 100 to 120 days. By summertime, the BC Wildfire Service will have access to 32 fixed-wing aircraft and helicopters, about 80 ground-attack vehicles and additional short-term contractors.

“It’s a recognition of the conditions, the climate we’ve had in the last couple of years. If you don’t get on the fires quickly, it’s really difficult to keep them under control," Mr. Donaldson said.

It is those “interface” fires – when wildfires collide with communities – that create the demand for change.

The 2003 wildfires around Kelowna led to the largest-scale evacuations in B.C. history. Former Manitoba premier Gary Filmon was brought in to review what happened, and how the province could do better.

His top recommendation was to reduce fuel build up, especially in high fire-risk areas where wild forests and urban areas meet.

At that time, the province identified 1.7 million hectares of interface land, including 685,000 hectares that are deemed to be high-risk. Today, it is not clear how much has been done to reduce that risk. The most recent “threat analysis” by the province was done at the end of 2016. At that point, about 90,000 hectares had been treated to reduce the risk of interface fires. That’s just 13 per cent of the land that was supposed to be treated, more than a decade after the Filmon Report.

But the past two summers have burnt up 2.5 million hectares of the land base, including some of the treated areas. The land that has been burnt, however, now poses a reduced wildfire risk. 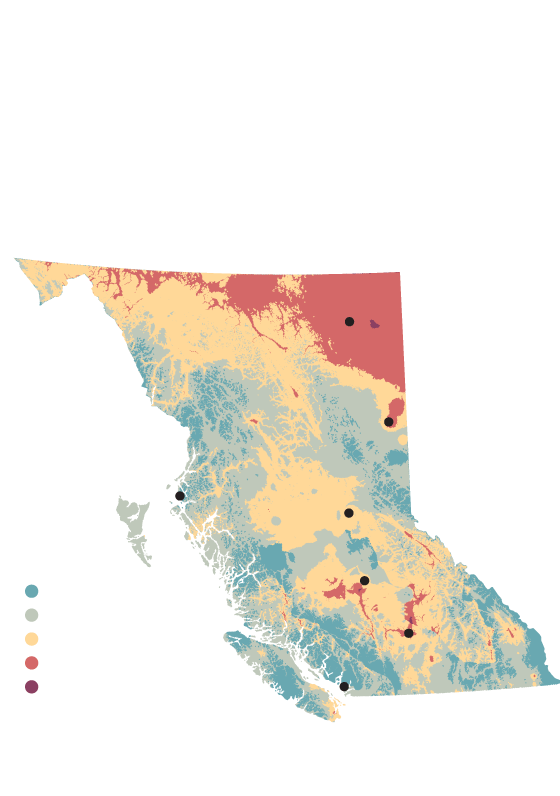 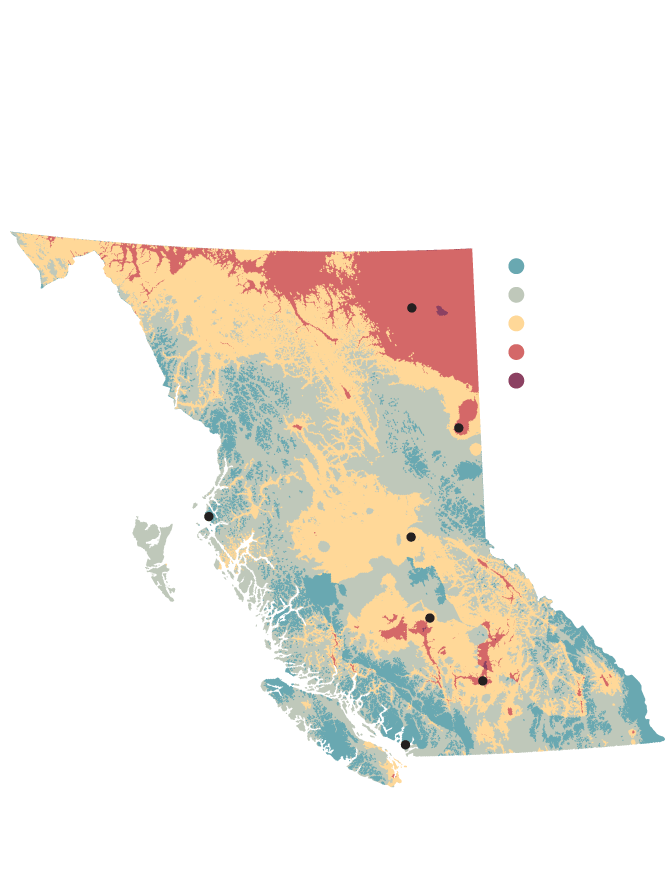 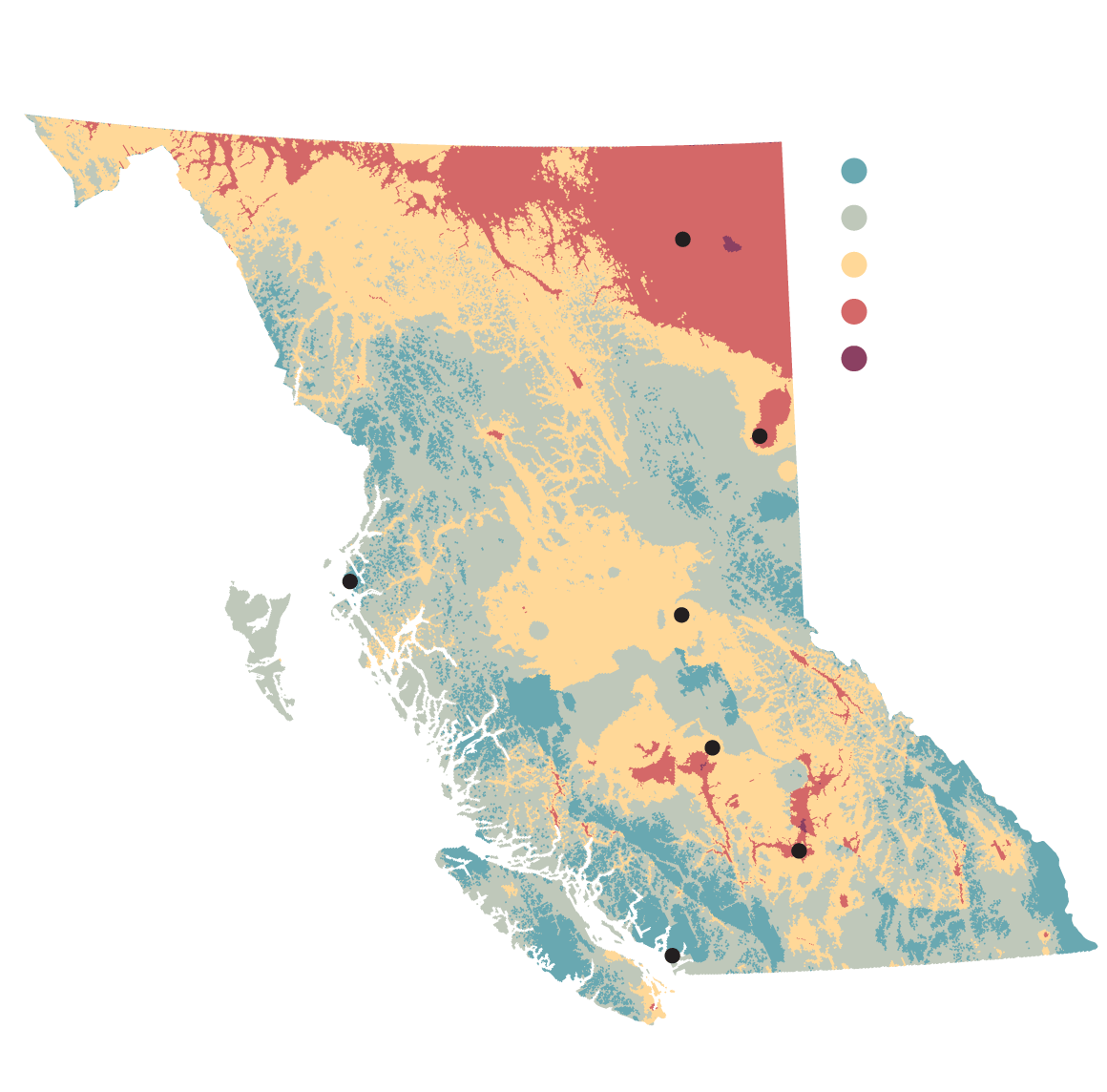 A new threat analysis is under way, but Mr. Donaldson expects that a lot of work has yet to be done.

“Much of what was recommended in the Filmon Report in 2003 wasn’t undertaken,” he said. The NDP government that took power just at the start of the 2017 fire season has promised to work to catch up. Mr. Donaldson pointed to the $60-million community resilience initiative fund announced in the February budget. That money is just starting to roll out now, however.

In the meantime, residents are being encouraged to take responsibility for their own properties, as well. B.C. offers a “fire smart” guide to encourage homeowners to reduce risk of interface fire destruction.

Kevin Skrepnek isn’t making predictions yet on what this summer will bring.

The chief fire information officer for the BC Wildfire Service, Mr. Skrepnek said the two “unusually aggressive” fires this month – at Leja and Richter Creek – are alarming. Earlier this week, before temperatures cooled and some rain arrived, half of the province was deemed to be at high risk of fire.

The Wildfire Service predicts that the north and a large swath of the central interior will be at higher-than-average risk this summer, but the next few weeks could change that. June typically brings rain to B.C., and that would be a good thing. But weather patterns are increasingly fickle, and the province still needs to prepare for the worst.

“We didn’t have anything in our forecasts at this time in 2017 or 2018 that would have suggested what was coming at that point," Mr. Skrepnek noted.

Just ahead of this Victoria Day long weekend, which typically brings throngs of travellers out for camping and backcountry recreation, Premier John Horgan issued a call for caution. “We are urging people to take precautions to be fire and emergency safe,” he said in a statement.

Most of the 176 fires that have been recorded in B.C. since April 1 are likely human-caused, and that’s a disturbing trend. The province is now launching a public-awareness campaign to urge caution with open fires or cigarette butts.

Solicitor-General Mike Farnworth wants to remind people that they can be held accountable for careless behaviour.

“You could say you can’t legislate [against] stupid, but the fact is, there are significant penalties in place – up to $1-million," he said. “People need to be aware that careless activity, whether it is a campfire or a cigarette butt out the window, can cause extraordinary damage.”