An Orthodox Jewish community north of Montreal is under lockdown after some of its members tested positive for COVID-19.

Public health authorities on Sunday ordered the 4,000-person Tosh community of Boisbriand, Que., to be placed under 14-day quarantine. The group’s leadership has asked police to help enforce the directive.

Tosh leaders agree with authorities that strict measures need to be taken to stop the spread of COVID-19 in the community, even if only a small number of members have so far tested positive, the region’s public health director told reporters Monday.

Dr. Eric Goyer said he did not take the decision lightly to place the community under quarantine.

“Restricting individual liberties is not something I like to do, but I want to provide the best protection to the members of the community, particularly the seniors.”

So far about 15 Tosh members have tested positive for COVID-19, Goyer said, adding they likely picked up the virus while travelling to New York State two weeks ago to celebrate a religious holiday. The number of positive cases is expected to rise, he said.

Boisbriand’s Tosh community, located in the greater Montreal area, is composed of many large families, which often have between six and eight children, Goyer said.

Boisbriand Mayor Marlene Cordato said Monday the order extends to about 100 families that live in town but outside the official quarantined area where most of the Tosh community is located.

“The community is fully co-operating with us, they themselves are following up on the orders that were given yesterday,” Goyer said.

Tosh members are manning a checkpoint leading into the community with the help of municipal police to ensure the quarantine is respected.

Francis Lanouette, chief of the Therese-de-Blainville police, said another main road leading into the area where the majority of the community lives is blocked off.

“We sat down with the community, and with them, we established a plan to do what is needed to be done so that people would be abiding by the public health order,” Lanouette told reporters Monday.

There’s a small grocery store and butcher within the quarantined area and Goyer said contingencies are underway to get anything else to people that need it.

Community leaders have had to translate public health directives into Yiddish as many members don’t speak English or French and eschew TV and radio.

“I can tell you they are doing a lot more than other communities in attempting to stop the spread of the virus,” Goyer said. 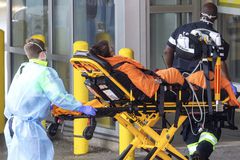 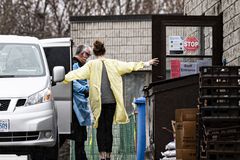 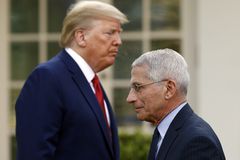