The number of police-reported hate crimes rose 47 per cent last year, to 2,073 – the highest level since comparable data began in 2009, Statistics Canada said, with the biggest rises in Ontario and Quebec.

Last year marked the fourth consecutive year of increases. Both violent and non-violent hate crimes grew in 2017; hate-related property crimes led the gains, while there was also growth in incitement of hatred, threats, assaults and harassment.

“This is staggering. You don’t see this kind of increase in any sort of crime data,” said Barbara Perry, an expert on hate crimes and professor of criminology at the University of Ontario Institute of Technology, adding that the numbers should be a wake-up call for provincial and federal leaders. “It’s an assault on our core values of inclusion and equity.”

Ontario experienced the biggest annual increase, where crimes targeting Muslims soared by 207 per cent. In Quebec, reports of hate crimes against Muslims peaked in February, 2017, the agency said – the month after six men were killed in a mass shooting at a Quebec City mosque.

Most of the 2017 growth was in non-violent hate crimes, chiefly property-related infractions such as graffiti and vandalism.

“There could be a tendency to dismiss that and say, well it’s only graffiti,” Dr. Perry said. However, “those sorts of incidents are really devastating for the community, because they’re so frequent. It’s also the visibility of them – if you’ve got graffiti and vandalism in the public eye, it’s that much more visible to the targeted community, so it increases the breadth and scope of the impact of the number of people that are affected.”

“We’re devastated to see the numbers go up yet again,” said Leila Nasr, spokesperson for the National Council of Canadian Muslims, adding that the January mosque shooting “set a tone for the rest of the year.”

She links the growth with “the rise in far-right populist rhetoric that we’ve seen in our political sphere and in our society,” and the “‘othering’ and the unfortunately racist rhetoric south of the border – it definitely had an effect here.”

The council’s real-time tracking of anti-Muslim incidents in Canada shows another 70 incidents so far this year, 40 of which were in Ontario.

Four in 10 hate crimes in 2017 were motivated by hatred of race or ethnicity, with an increase in crimes targeting the black and Arab populations, the agency said.

Hate crimes also rose across all categories of religion, with those targeting the Jewish population accounting for 18 per cent of all hate crimes in the country. The surge echos B’nai Brith Canada’s tracking of anti-Semitic incidents, which saw a record last year. “We need real and effective measures to extinguish this rise in hatred,” chief executive Michael Mostyn said in a release, which recommended an action plan to counter online hate, as well as enhanced training for police officers.

Smaller increases might be explained by more reporting of such crimes, or recording of them by police. But this jump “is just too dramatic,” Dr. Perry said, and suggests “something is really happening on the ground.”

Statscan said the growth in numbers may be a result of more reporting by the public, as well as an increase in hate crimes. It said the total number likely “undercounts” the true extent of hate crimes in the country, as not all crimes are reported to police. A separate survey shows two-thirds of these incidents are not reported to police.

“This raises alarm bells. If this is based on a minimal number of people coming forward, what does this say about how safe people are feeling going about their business in their communities?” said Amira Elghawaby, board member of the Canadian Anti-Hate Network, citing increases in anti-Muslim rallies last year and growth in far-right extremist groups.

There were also more hate crimes targeting sexual orientation, which accounted for 10 per cent of all hate crimes last year, after two consecutive years of increases.

The Canadian Race Relations Foundation called the numbers a “warning against complacency and … a stark reminder that hate crimes are an attack not only on individuals and their communities, but on the very fabric of our society.”

Videos of Syrian students being bullied signal rise in hate crimes in Britain
November 29, 2018
Opinion
Kids are cruel. They learn it from us
November 19, 2018 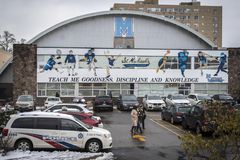 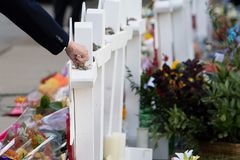