His mother says Nicholas Owens was not addicted to drugs. He was not even a regular user. Though he drank, smoked marijuana in college and tried LSD a couple of times, he stayed away from the harder stuff. She worried more about her son Patrick, who has struggled with the peaks and valleys of bipolar disorder. So what happened to Nick last month came like a bolt from the blue.

Nick grew up in the Beach, a comfortable neighbourhood next to Lake Ontario in the east end of Toronto. His mother, Laurel Duquette, teaches ecology at the University of Toronto. His father, Eric Owens, is a mining geologist.

The couple had five children: The first three in quick succession, including Patrick and Nick, then another two later on. All the kids raced boats at the Balmy Beach Canoe Club, a local institution. Patrick and Nick competed together in the C2, a fast, narrow canoe.

A shy boy, Nick idolized his charismatic older brother. “Nicky would do anything Paddy said. Every picture we have they are glued to each other,” Ms. Duquette says.

Nick grew more withdrawn as he moved into adulthood. He drifted, earning his living painting houses. Then, after studying accounting, he landed a job at a Toronto firm, only to lose it in March as the novel coronavirus battered the economy. Ms. Duquette says he took it hard. He was 25 by then.

In late May the family spent some time at their cottage on Lake Erie. The brothers helped with chores. Nick seemed to have a great time. Then Nick and Patrick drove home, picked up some beer on the way and proceeded to get very drunk.

Around midnight they went to a building on Kingston Road and bought a small amount of heroin. As far as his mother knows it was Nick’s first experiment with a serious drug. She says his friends are as shocked as she was. She found no mention of drugs in his texts and e-mails.

Patrick, too, insists that Nick was not a regular user. Patrick himself sometimes did use drugs, including cocaine, so he fears what followed was partly his fault. “I don’t know how I’m supposed to make sense of this, to be honest,” he says. “He was so young, still kind of becoming what he was going to be.”

The brothers returned home, put lines of the powder on Nick’s phone and snorted it. Patrick said it didn’t feel like a bad dose. “This won’t kill us,” he recalls telling his brother.

After Patrick got back from a walk, he found Nick snoring. He went to play video games. Next time he checked, his brother had no heartbeat.

The phone rang in the Lake Erie cottage in the small hours of May 26. The family drove back to Toronto. Nick was lying under a sheet on the living room floor. Police arrested a Toronto man the same day, charging him with drug trafficking and causing death by criminal negligence.

Ms. Duquette is telling Nick’s story because she thinks other families should know that it isn’t just habitual drug users who are the victims of the overdose epidemic. Anyone can die from a drug overdose, even a middle-class kid from the Beach.

At a time when drugs are often tainted with fentanyl, the synthetic opioid many times more potent than heroin itself, just a small dose can be deadly, especially for an inexperienced user with a low tolerance. “It’s absolutely Russian roulette every single time you take a hit. This young man is a good example of that,” says Dale Ryan, the coroner called to the scene that night.

Taking opioids along with alcohol or other drugs can heighten the danger. Then there is the impact of the COVID-19 pandemic. Several parts of the country have seen a surge in fatal overdoses. “People are more isolated, they might have lost their jobs, they might be struggling financially or with depression,” says Toronto’s Associate Medical Officer of Health, Rita Shahin.

Most of those who die of overdoses aren’t like Nick. Public Health Ontario said in a study of fatalities in 2017 and 2018 that just 4 per cent had no known history of substance use. But his death does underline the dangers for casual users. It also brings home just how risky drug use can be for anyone, experienced or not, with fentanyl around.

Health officials say anyone who takes drugs should take them with a buddy, use test doses or small doses in case the drugs are tainted and have a naloxone kit handy to reverse an overdose.

Of course, Ms. Duquette wishes her son had never used the drugs at all. “We realize nobody put a gun to Nick’s head,” she says. “He could have said no.” But she wants him to be remembered for more than this one awful mistake.

The Nick she likes to remember is the dog lover who would take the family mutt Sophie down to the beach to chase a ball into the lake. He is the numbers nut who would stay up late talking with her at the kitchen island about the intricacies of statistics. He is the cheapskate who was always asking her how much she paid for things, then telling her it was way too much.

Despite his introverted nature, he was marching on with his life, looking forward to starting courses toward becoming a chartered accountant. He didn’t have a girlfriend but his mother always told him: “Somebody is going to find you. You will have children.”

His classmates told her he was the kind of guy who would help others with their assignments. “He was very, very shy but it turns out he had touched many lives,” says Ms. Duquette. “He was going places.”

For Canada’s working men, an opioid crisis and a blue-collar code of silence are a deadly mixture
December 10, 2019 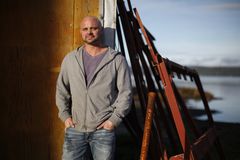 ‘His life was taken when he was just trying to fit in’: Saying goodbye to Carson Crimeni
August 30, 2019 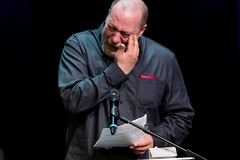