The chief of the Ontario Provincial Police says he is overhauling his organization and asking the provincial government for more officer supports in response to a report saying the force suffers from a “mental-health crisis.”

Since 2012, 17 OPP officers have killed themselves – including three in the past year – prompting the government to hire an independent panel to examine the issue. Relying upon the impressions of thousands of surveyed OPP officers, the final report released Monday describes the police force’s nearly 9,000 employees as being part of an overly burdened organization that’s beset by “a negative workplace culture.”

“I currently have a request before the province for clinicians to provide services to our members,” OPP Commissioner Thomas Carrique told The Globe and Mail on Tuesday.

The report said the OPP has only one staff psychologist even though it is "grappling with a mental-health crisis.” Complaints of bullying, nepotism and cronyism are rife among the rank and file, the report says, adding that "an old boys’ network” is seen to hold sway.

Commissioner Carrique, who joined the OPP last spring, says he accepts the stark criticism. “It was a very thorough analysis of the feelings, opinions, experiences of the people in the organization – so I have to take those terms to heart,” he said.

The Progressive Conservative government picked him as provincial police commander partly because he was seen as an outsider who could effect change, having spent his career at York Regional Police, north of Toronto.

Commissioner Carrique said he has been privy to the report’s core findings for months and he implemented some recommended changes before the final version was complete.

For example, one key recommendation is the creation of a Healthy Workplace Bureau as a standalone OPP unit to support officers and promote their mental health – and this has already been done. “It’s an actual bureau that is functioning,” Commissioner Carrique said.

The OPP’s senior command team has also changed in the past year, he said, through promotional processes that rewarded qualities that could help address the concerns of officers.

“In the last six months, we’ve had the opportunity to promote three new deputy commissioners,” Commissioner Carrique said. He said the selection of these senior commanders, and others, took into account “their compassion, their empathy, and their proven experience in terms of supporting officers in the organization.”

Commissioner Carrique says he has been travelling across Ontario to encourage OPP officers to talk to support groups about their problems. He vowed to listen to complaints about the culture. "Since the day I have arrived, they have been examined,” he said. “And they will continue to be examined.”

The independent panel also highlighted that staffing levels are a huge concern within the police force, given that one in every five officers is now on a form of leave.

Commissioner Carrique said he is seeking more overall funding, but did not specify an amount. “We also have a request in right now for an increase in resources.” Ontario’s budget is scheduled for release on March 25. 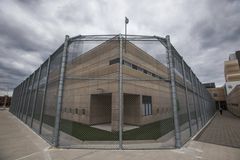