As each seed broke the surface of the rich Manitoba soil, Salim Hasan felt a little bit more like he was building real roots in his new home.

The comforting routine of planting seeds, taking care of the crop and celebrating harvest with the community brought the Yazidi refugee back to a world before Islamic State militants shattered his homeland.

“It felt like I got my identity back again,” Hasan said through a translator.

“I was able to provide for my family ... and see how happy my kids were. It really made me happy and it was something I didn’t think I would feel again.”

Hasan, along with hundreds of other Yazidi refugees, harvested more than 9,000 kilograms of produce this year as part of a special farming project in Manitoba. The food was given to refugee families and leftovers were sold at farmers markets or given to food banks.

“It’s an incredible sense of pride that they are able to work themselves,” said Nafiya Naso, a Yazidi resettlement co-ordinator.

“We call it a healing farm now. That wasn’t really the mission or the mandate of the farm, but it’s really what it has become.”

Naso is part of a grassroots group that advocated for Yazidi refugees and their resettlement in Canada. It now supports their integration into life in Manitoba.

Naso was about six years old when her family fled to Syria from Iraq. The family was in a refugee camp for nine years before arriving in Canada in 1999. She never forgot what they went through.

About five years ago, Naso started hearing about atrocities ISIS committed against the religious minority Yazidis. Men were killed, boys were murdered or taken as child soldiers and women and girls became sex slaves. Hundreds of thousands fled.

The United Nations has called the mass killings a genocide.

Naso began to advocate on behalf of Yazidis and Operation Ezra was formed with support from the Jewish Federation of Winnipeg. Soon many more faith groups, schools and other organizations joined to help.

Michel Aziza, the chairman of Operation Ezra, says the organization has sponsored 11 families – totalling 65 people – in Winnipeg. The group has also been key in the settlement of about 250 Yazidi refugees who came to the city as part of a federal resettlement project two years ago. About 1,200 government-assisted Yazidi refugees were brought to Canada.

Many of the refugees were single mothers with six to eight children. Their husbands had disappeared in their homeland; so had some of their older children. Many had a history of being sex slaves under ISIS.

There was much trauma to contend with on top of regular challenges faced by refugees, Aziza said.

Many of the families were struggling to have enough food, so when a community member volunteered his land in 2018, Operation Ezra jumped on it, Aziza said. Almost 320 kilograms of potatoes were farmed.

This year, the Shelmerdine Garden Centre donated just over three hectares of land in Saint Francois Xavier, Man. The results were beyond what anyone could imagine, Aziza said.

Refugees grew enough to feed the Yazidi families, sell extra and, when it still wasn’t gone, make donations to the food bank.

Aziza said many of the families have realized that returning to their homeland may never be an option, so they are planting deep roots in a new home.

“It became very therapeutic for them.”

Naso said gardening has brought the refugees a bountiful harvest, support from community and faith in a future.

She recalled an older Yazidi woman who looked out at the farmland and spoke about how she expected to die at the hands of ISIS.

“To see a sight like this with the kids on the farm, and the other women and the men doing what they did back home before the war started and ISIS came and changed their lives forever,” Naso said, taking a moment to hold back tears. 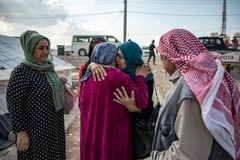 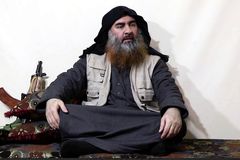 Al-Assad’s Nuremberg moment: Page by page, an NGO and its Canadian founder build a case for Syrian war crimes
July 21, 2019 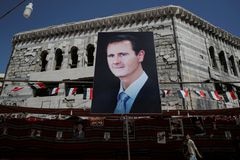