The Health Professions Appeal and Review Board is considering whether the College of Physicians and Surgeons of Ontario adequately investigated allegations of gender discrimination and improper billing against a former chief of two Toronto-area hospital emergency departments.

In the spring of 2019, Danny Kastner, a lawyer representing a group of eight female physicians, filed a complaint with the college regarding Marko Duic, who was the chief of emergency at St. Joseph’s Health Centre in Toronto and then Southlake Regional Health Centre from 2002 to 2018. Dr. Duic resigned his position at Southlake but still has privileges to work at the hospital in Newmarket, Ont.

Mr. Kastner had asked the regulatory body to investigate allegations that the doctor discriminated against female doctors and “engaged in and encouraged” the overuse of Ministry of Transportation forms and psychiatric forms “as a method of profit.”

An MTO form often results in patients having their driver’s licences suspended, while psychiatric forms allow a hospital to keep a patient involuntarily for up to 72 hours for safety reasons. Doctors are paid a fee for each form.

The allegations involving Dr. Duic were the subject of a 2018 Globe and Mail investigation that spanned six months and involved interviews with 26 physicians. The Globe found that Dr. Duic didn’t hire a single female physician over his 16-year tenure as emergency chief at the two hospitals.

The college’s investigation, which is confidential, determined Mr. Kastner’s complaint was unfounded. Mr. Kastner appealed to the Health Professions Appeal and Review Board, or HPARB, whose hearings are open to the public.

A three-hour HPARB hearing was held last month via teleconference.

Keary Grace, Dr. Duic’s counsel, argued the college’s investigation was adequate and its findings were reasonable. She noted that both Southlake and the University of Toronto, where Dr. Duic had a faculty appointment, looked into allegations of gender discrimination and did not find evidence to support them.

But Mr. Kastner claimed there were “significant deficiencies” in the investigation by the college and questioned why it didn’t speak to any of the 13 witnesses provided by him. “It is unclear to us how the college … could fulfill its obligation to the public by speaking to Dr. Duic only and also by accepting literally everything he said, even when it seemed to contradict the evidence at hand,” Mr. Kastner said.

Ms. Grace argued there was no need for the college to interview witnesses because the college’s investigation committee had assessed Dr. Duic’s medical charts, and had access to a “fulsome report” from Steven Beatty, chief of staff at Southlake, which concluded the allegations of gender discrimination were unfounded. She added that a hospital’s chief of staff “is best placed to investigate these types of complaints.”

She said Dr. Duic was “not alone responsible for appointing physicians to the emergency department.”

She added that evidence included in Dr. Beatty’s report showed “Dr. Duic made efforts, in fact, to hire female physicians.” She also said Dr. Duic didn’t choose which trainees were assigned to him, and 350 resident reviews of Dr. Duic revealed “no gender bias or sexist comments.”

Mr. Kastner expressed concern that the college relied so heavily on Dr. Beatty’s report. As Dr. Duic was well known for “enhancing the profitability of that hospital,” a hospital administrator “might not necessarily have the sufficient independence to look at these types of concerns,” he said.

“Dr. Duic controlled the emergency department with a tight grip, he had absolute say and dominion over who was given shifts, over who was assigned to whom. … This is all evidence that the witnesses [we provided] would happily tell the college, had they spoken to them.”

On the billing concerns raised by Mr. Kastner, the HPARB panel members heard that the college hired an independent assessor, Shaun Visser, an emergency department chief at Montfort Hospital in Ottawa, to review 25 patient charts that involved psychiatric forms filled out by Dr. Duic and four charts involving MTO forms.

Dr. Visser found all MTO forms were appropriate but said that he wouldn’t have filled out the psychiatric forms in six of the 25 cases. Ms. Grace stressed that the assessor didn’t say the six forms were inappropriate, “simply that he personally wouldn’t have completed one, and that’s a distinction that’s important.”

According to a source with inside knowledge of the Duic case, the college previously issued Dr. Duic two separate cautions – one in 2012 and another in 2014 – relating to MTO forms. Only cautions issued from 2015 are publicly available, because of a bylaw change in that year. The four MTO charts used in the college’s investigation were pulled from 2017 and 2018.

At the hearing, Mr. Kastner pointed out the college didn’t consider data published by The Globe that showed MTO forms dropped tenfold in St. Joseph’s emergency department in the years after Dr. Duic moved on.

In her closing remarks, Ms. Grace read a statement from Dr. Duic: “Given that I come from a partly Jewish background and that I’m openly gay, I have had more than the average amount of exposure to stereotyping and discrimination. I am therefore sensitive to the hurt that it causes and find it hurtful to be falsely accused of it myself.”

Mr. Kastner called the investigation “an intentional circling of the wagons against a highly profitable, highly powerful, highly influential doctor at the expense of all of the patients who were being formed [getting forms] inappropriately and all of the women whose careers even in small ways, but in some ways, more serious ways, have been undermined by Dr. Duic.”

The HPARB panel is expected to release its decision some time in the coming months. It can side with the college’s decision or ask the college to reinvestigate the allegations. 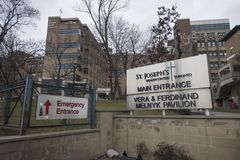 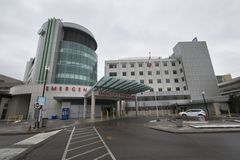