Women no longer need an ultrasound before getting the abortion pill, a change that experts say will reduce wait times and speed access, particularly in smaller communities.

Health Canada announced Tuesday the product monograph, a technical document aimed at prescribers, for Mifegymiso has been updated to state ultrasounds are not mandatory before prescribing the abortion pill.

The ultrasound rule has come under increasing scrutiny in recent months, after a series of stories in The Globe and Mail that documented how women across the country have been forced to wait weeks for an abortion-pill prescription because they had to have a scan.

In its announcement, Health Canada said the change “responds to concerns that some patients may have been facing unnecessary barriers or delays in accessing this product.”

Wendy Norman, associate professor in the department of family practice at the University of British Columbia, said dropping the scan requirement could significantly improve access for many Canadian women who live in small, rural or remote areas, where ultrasounds can be difficult to access and where wait times can drag for weeks.

“We think this is a terrific answer to the calls that rural health-care providers have been making across the country to be able to help the women that they see,” she said.

Opinion: I wanted an abortion in Nova Scotia, but all around, barriers still remained

In Canada, the abortion pill can only be prescribed during the first nine weeks, so ultrasounds are used to determine how far along the pregnancy is. Scans are also used to rule out ectopic pregnancies, when the fertilized egg implants outside of the uterus, often in the Fallopian tube. If not treated, ectopic pregnancies can rupture and cause life-threatening complications.

But other methods can be used to date pregnancies, such as conducting a physical exam and asking if a woman knows the date of her last menstrual period. Health providers can help rule out ectopic pregnancies by performing two blood tests that will indicate if the pregnancy hormone is falling, as well as follow-up exams with the patient. The updated monograph still recommends using ultrasound if the gestational age is unclear or if an ectopic pregnancy is suspected.

The product monograph for Mifegymiso is not a binding document, but many health providers adhere to what it says. For instance, even after Canada’s national abortion-pill prescribing guidelines, published in 2016, stated ultrasounds are not necessary, many providers were reluctant to follow that guidance because of the language in the product monograph.

And that has become a problem for many women, particularly those outside of large urban centres, where most abortion clinics that have ultrasound machines on site, are located. Instead of going to a family doctor or nurse practitioner and leaving with a prescription, women in many communities have to make a separate trip to have an ultrasound, which typically involves waiting a week or more for an appointment. Then, they must return to their health provider for a prescription.

It’s an inefficient process that discourages health providers from prescribing the abortion pill, exacerbating access issues for women, said Dustin Costescu, a family-planning specialist in Hamilton who authored the national Mifegymiso prescribing guidelines. In some cases, the waiting period would put women over the nine-week limit, meaning they would have to have a surgical abortion.

The product monograph was previously updated in November, 2017, to relax some of the rules around prescribing Mifegymiso. Before that change, the monograph stated the pill could only be prescribed in the first seven weeks of pregnancy and required health providers to complete a training course before they could prescribe, in addition to other requirements that many abortion experts said were too onerous and posed an access barrier.

Dr. Costescu said Tuesday’s announcement brings Canada in line with dozens of other countries that have been using the pill for decades.

“It only makes sense that we provide the best care based on the best available science,” he said.

Lyndsey Butcher, executive director of the SHORE Centre in Kitchener, which provides access to the abortion pill, said dropping the ultrasound requirement should help streamline the prescribing process and she hopes it will encourage more health providers to start prescribing Mifegymiso.

“It’s going to improve the process over all,” she said. 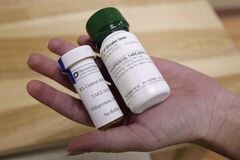 Why the only abortion clinic on Vancouver Island has stopped offering surgical abortions
March 29, 2019 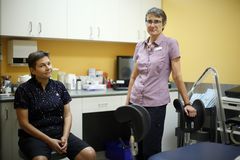 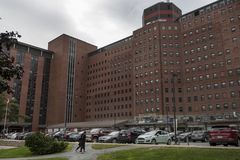