A new variant of the COVID-19 virus that is spreading rapidly in Britain may already be in Canada and awaiting identification among samples that have been gathered but not yet analyzed, the Public Agency of Health Canada said on Monday.

Experts say there is not yet enough data to know whether the variant may affect the severity of the disease or the efficacy of new COVID-19 vaccines.

Evidence suggests that it is a more transmissible version of the virus and has appeared in the Netherlands, Denmark and Australia. Those details are worrying enough to have prompted Canadian public-health officials and molecular biologists involved in tracking changes in the virus to rapidly increase their vigilance.

“There’s always a possibility that the variant has travelled and we are focusing considerable effort to be able to identify it, should it arise here in Canada,” said Guillaume Poliquin, acting scientific director-general of the National Microbiology Laboratory.

The Winnipeg-based facility, which is part of the Public Health Agency of Canada, is the focal point for receiving samples as well as viral genetic sequences from sites across Canada as part of the Canadian COVID-19 Genomics Network. The $40-million network was launched last April with a goal of sequencing 150,000 viral genomes as well as the genomes of 10,000 individuals who got COVID-19.

The effort has sequenced the genomes of just over 25,000 versions of the virus collected in Canada this year, at a rate of about viral 1,500 genomes per week. That accounts for only 5 per cent of all Canadian cases, a fraction that would leave plenty of room for the new variant to have slipped across the border undetected.

In recent days, British officials have said that the variant is displacing an older version of SARS-CoV-2, the virus that causes COVID-19. That, in turn, could accelerate the pace of the pandemic, as well as potentially reduce the accuracy of some COVID-19 tests.

Dozens of countries, including Canada, have banned travel from Britain in the wake of news concerning the variant.

Dr. Poliquin said that his laboratory has been in touch with British counterparts to ensure that Canada is able to find the new variant. It’s possible that it may turn up in accumulated samples that have not yet been analyzed or new samples that are gathered from positive cases in the coming days and weeks.

Public Health Ontario has a genomic surveillance program that has sequenced 4,446 samples, or about 14 per cent of the 32,016 samples that have come back positive for COVID-19. Nearly 1,600 of those samples have been sequenced since September, according to Vanessa Allen, PHO’s chief of microbiology and laboratory science.

Dr. Allen said in a statement that the province is continuing to monitor the emerging scientific data on the new British variant as well other variants of the virus. “The current information and data available suggests that this U.K. variant will not have an impact on Ontario’s diagnostic testing systems,” Dr. Allen said. “However, we continue to be cautious and alert to any new evidence that emerges.”

Several variants of the virus have emerged worldwide since the pandemic began. For example, the variant that is most prevalent in Canada, known as D614G, is believed to have arisen in Europe and is not the same version of the virus as the one that first emerged in Wuhan, China last year.

British scientists began looking into the variant, designated B.1.1.7, in early December after they noticed that infections in Kent, outside London, had not fallen substantially despite a month-long lockdown in November. By Dec. 10, they had found the mutation and discovered that it first appeared in Kent in late September. Susan Hopkins, of Public Health England, said they presented their findings to a government committee on Dec. 11 and gathered more data last week before going public with the information.

The variant is expected to become the dominant variety of the virus in Britain and it has spread to all parts of the country.

Neil Ferguson, who heads the infectious-disease analysis program at Imperial College London and serves on a British government scientific advisory group, said the changes have made the virus between 50 per cent and 70 per cent more transmissible. He also said there were signs that the variant infected more children under the age of 15.

Other researchers have pointed out that the new variant exhibits more genetic changes than most of those that have arisen to date. Among those that have captured scientists’ attention is a suite of changes close to the portions of the viral genome that control the virus’s ability to fuse with and enter human cells.

Samira Mubareka, a medical microbiologist at Sunnybrook Health Centre in Toronto and a co-lead and collaborator with the Canadian sequencing network, said the variant is a good reason to sequence the viral genome of any positive case that arises among travellers now returning from abroad.

“I think it is incredibly important that we understand if it’s here or not,” said Dr. Mubareka, whose lab was involved in diagnosing the first case of COVID-19 in Canada. “If there is any chance of mitigating further spread of it, we need to do it as soon as possible.”

Last month, the interim results of a pilot testing program at Toronto’s Pearson International Airport showed that 1 per cent of 8,600 travellers tested positive for the coronavirus after arriving in Canada between Sept. 3 and Oct. 2. Results are still pending from participants who were tested up to Nov. 14.

Marek Smieja, the scientific director of McMaster HealthLabs and co-leader of the airport research, said that none of the samples collected for the study have yet been sequenced, but plans were already in the works to do that before the British variant made headlines.

“We were planning on sequencing regardless, as this is a rich data source for strain variants around the world,” he said by e-mail on Monday. “Mutations affect how well our diagnostic tests work, and potentially influence how well vaccines work. Going forward, airport testing will be an important factor in monitoring what is going on around the world.”

In Alberta, the province has been participating in a pilot program at the Calgary airport that allows travellers to shorten their quarantine period to as little as two days if they are tested upon arrival. The province said Monday that anyone who is participating in the program after arriving from Britain must go back into quarantine.

The province is also urging anyone who has arrived from Britain within the past 14 to get tested.

Fiona Brinkman, a researcher in bioinformatics and genomics at Simon Fraser University who is also a co-lead with the Canadian network, said the new variant offers yet another reminder of why it is essential for people to follow public-health measures and keep the number of cases as low as possible.

“If you have more cases, you increase the chances of these new variants or combinations of variants occurring … in particular a new variant that could impact our vaccines,” she said.

Editor’s note: An earlier version of this story said the National Microbiology Lab is part of Health Canada. It is, in fact, part of the Public Health Agency of Canada.

WHO plays down concerns over coronavirus variant, says it’s ‘a normal part of virus evolution’
December 21, 2020 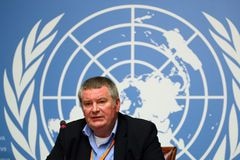 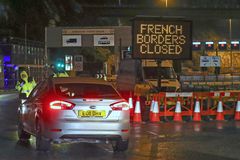 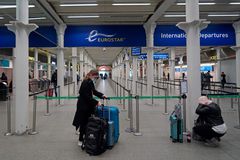 Coronavirus information
The Zero Canada Project provides resources to help you manage your health, your finances and your family life as Canada reopens.
Visit the hub
Follow Ivan Semeniuk, Kelly Grant and Paul Waldie on Twitter @ivansemeniuk @kellygrant1 @PwaldieGLOBE
Report an error Editorial code of conduct
Due to technical reasons, we have temporarily removed commenting from our articles. We hope to have this fixed soon. Thank you for your patience. If you are looking to give feedback on our new site, please send it along to feedback@globeandmail.com. If you want to write a letter to the editor, please forward to letters@globeandmail.com.
Comments