The Trudeau government is being pressed to approve funding for a made-in-Canada COVID-19 vaccine to lessen the risk Canadians will have to line up and wait on a foreign-made pandemic cure.

For instance, health-care professionals have written to Innovation Minister Navdeep Bains to urge him make up his mind on a proposal submitted in April by Providence Therapeutics of Toronto. The company is seeking $35-million to establish whether its vaccine is effective in humans after successful animal trials.

They say Canada has no guarantee it will be at the front of any line for an internationally produced pandemic cure. They attribute government’s slowness to a long-standing public policy problem: reluctance to partner with pharmaceutical and biotech companies in the same way it has tried to bolster other sectors.

“When you’re dealing with a pandemic like this and the government has already spent millions of dollars on all sorts of things, an additional investment into another vaccine technology, to increase our shots on goal in Canada, to help ensure that we actually develop the best vaccine, the most efficacious vaccine, I think to me makes sense,” said Laszlo Radvanyi, the president and scientific director of the publicly funded Ontario Institute for Cancer Research.

The federal government has created a $600-million fund to support vaccine clinical trials and manufacturing inside Canada.

Providence has told the government it could deliver five million doses of its new mRNA vaccine by mid-2021 for use in Canada if it were able to successfully complete human testing.

The mRNA technology is new and untested but experts say it has potential.

Mr. Radvanyi and others say the research deserves support because there are troubling signs Canadians might have wait to receive a vaccine that is invented abroad.

Canada has already invested in a vaccine-development partnership between China’s CanSino Biologics and Dalhousie University in Nova Scotia but China has held up shipments it was supposed to send to Dalhousie researchers by the end of May to start human trials.

“This should have been flagged as an obstacle when contemplating doing this program. We’re not on the best of terms with the Chinese government,” said Mr. Radvanyi, who has collaborated with Providence on vaccine treatments for cancer and wrote to Mr. Bains to support the company.

He also stressed that his support is based purely on the merits of the science behind the proposal.

“With any new technology, one needs to be careful not to drink the Kool-Aid and let the data and the science speak for itself. But clearly there are really promising data emerging” from new mRNA vaccine tests, including from the American company Moderna Inc. and the German firm BioNTech SE, Mr. Radvanyi said.

Both those companies have been heavily funded through U.S. President Donald Trump’s “Operation Warp Speed” program to fast-track a vaccine for the novel coronavirus.

This week, the U.S. committed to pay BioNTech and its American partner Pfizer $1.95-billion to produce 100 million doses if their vaccine candidate proves safe and effective in humans. In April, the U.S. agreed to pay Moderna up to $483-million to fund its research. Next week, Moderna is set to launch a 30,000-person final round of testing to test the strength of its vaccine candidate.

“The mRNA technology is a newer, more experimental technology but completely worthy of being part of the actual analysis which is being undertaken and will be considered as part of the investment portfolio,” Canada’s Chief Public Health Officer Dr. Theresa Tam said Friday.

Providence’s chief executive Brad Sorenson said he has heard “crickets” from Ottawa since late May after his company submitted its proposal in April – after the government reached out to it as a possible vaccine-maker.

“We need a Canadian solution, a manufacturing solution in Canada. All of our (intellectual property), all of our manufacturing, all of the work we are doing is inside Canada,” Mr. Sorenson said.

The company wants to move forward with human trials because it has generated neutralizing antibodies in animals, with the same technology that BioNTech and Moderna have used, Mr. Sorenson said.

“We had identified space to do a manufacturing run for our vaccine in September. We’ve lost that space now because we didn’t get any support, and we couldn’t hold it indefinitely.

“The next opportunity for us to manufacture would be late October, early November. So literally, we’re ready to do it. We just need the co-operation.”

Health Minister Patty Hajdu said vaccine applications are not “sitting around, gathering dust” and the government’s vaccine task force of experts was carefully reviewing them.

Brad Wouters, executive vice-president of science and research at Toronto’s University Health Network, said the time has come for Canada to “hedge” its bets and support Providence, given the holdup of the Chinese shipment.

“This, to me, is sort of a no-brainer to give these guys a shot, especially with the promising data coming out of the U.S. and other places,” said Mr. Wouters, who also wrote to Mr. Bains to support Providence.

The new mRNA technology is a departure from how vaccines have traditionally been made to counter the flu or polio, for example. The traditional approach involves taking some of the actual virus, rendering it safe or inactive and then injecting it into the human body to create an immune response.

Instead, the mRNA approach involves injecting a key fragment of genetic material from the virus so the human body can produce the viral proteins needed to mount an immune response, Mr. Wouters said.

One advantage of mRNA vaccines is they’re relatively inexpensive to produce, said Tania Watts, a professor of immunology at the University of Toronto, who is conducting a study on how long immunity to COVID-19 lasts in people who have recovered from infections.

“They’re chemically made so you don’t need to have live virus and you don’t have to grow cells. The first trials from Moderna look like two doses gave really great antibody responses,” she said.

But Prof. Watts said more research is needed to establish how effective the new vaccines are.

Prof. Watts she said she doesn’t necessarily favour Providence or any other project that has succeeded in getting federal funding, but said it has one among many “promising platforms” for a vaccine.

Prof. Watts said the government should back a made-in-Canada vaccine because China, and even the U.S., can’t be relied upon to share one. She also said that multiple vaccines in multiple doses is the likely endgame scenario for the pandemic.

“We don’t know if vaccines made outside Canada are going to be available to us,” Prof. Watts said. “If you were the U.S., you’d probably want to make sure that your own supply was secured first.”

Mr. Radvanyi said the COVID-19 vaccine race has exposed the government’s flawed approach in collaborating with a private sector driven by profit motives.

“There has to be a motive to make money to sustain operations, but through a public-private partnership the government can help drive a new paradigm in terms of drug development and manufacturing.” 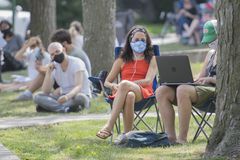 Which COVID-19 vaccine candidates will be successful? Canadian experts warn it may be hard to tell
July 17, 2020 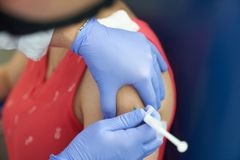 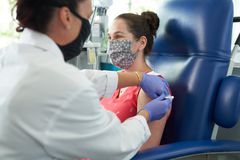