Police have arrested two organizers of a three-week protest against pandemic restrictions and set up a perimeter around downtown Ottawa with almost 100 checkpoints to try to bring an end to the blockade, warning demonstrators who remained that “action is imminent.”

Despite the warnings, many protesters continued to defy demands that they leave the country’s capital.

Interim chief Steve Bell said a large contingent of police including the Ontario Provincial Police and RCMP would prevent more protesters from entering the area and told those already in the blockade that if they want to leave on their own terms “now is the time.”

He said he could not give a timeline to clear all protesters, but said “it will be a very different picture of the downtown core this weekend than it has been from the previous three weekends.” Police are not seeing “any issue with the ability to remove vehicles at this point,” he said.

Residents and workers will be able to enter the secure area, interim chief Bell said, adding that efforts are under way to ensure protesters do not relocate to another part of Ottawa once they are cleared from downtown. 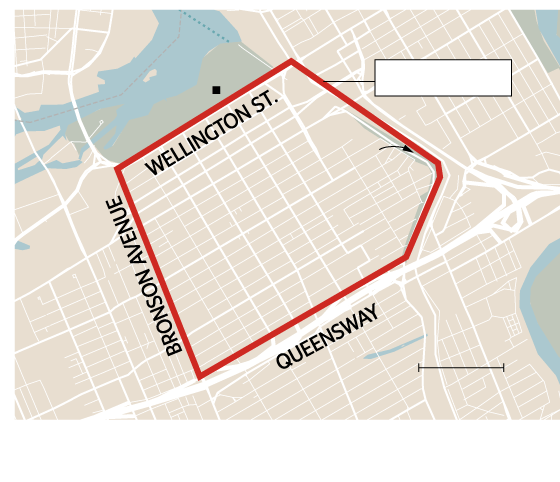 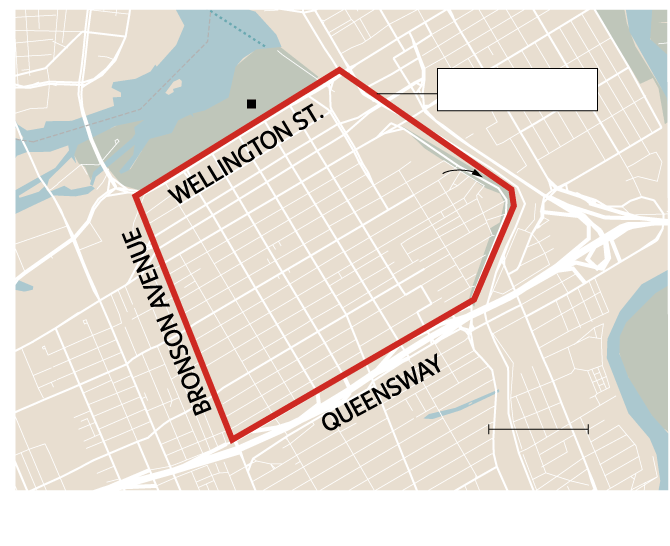 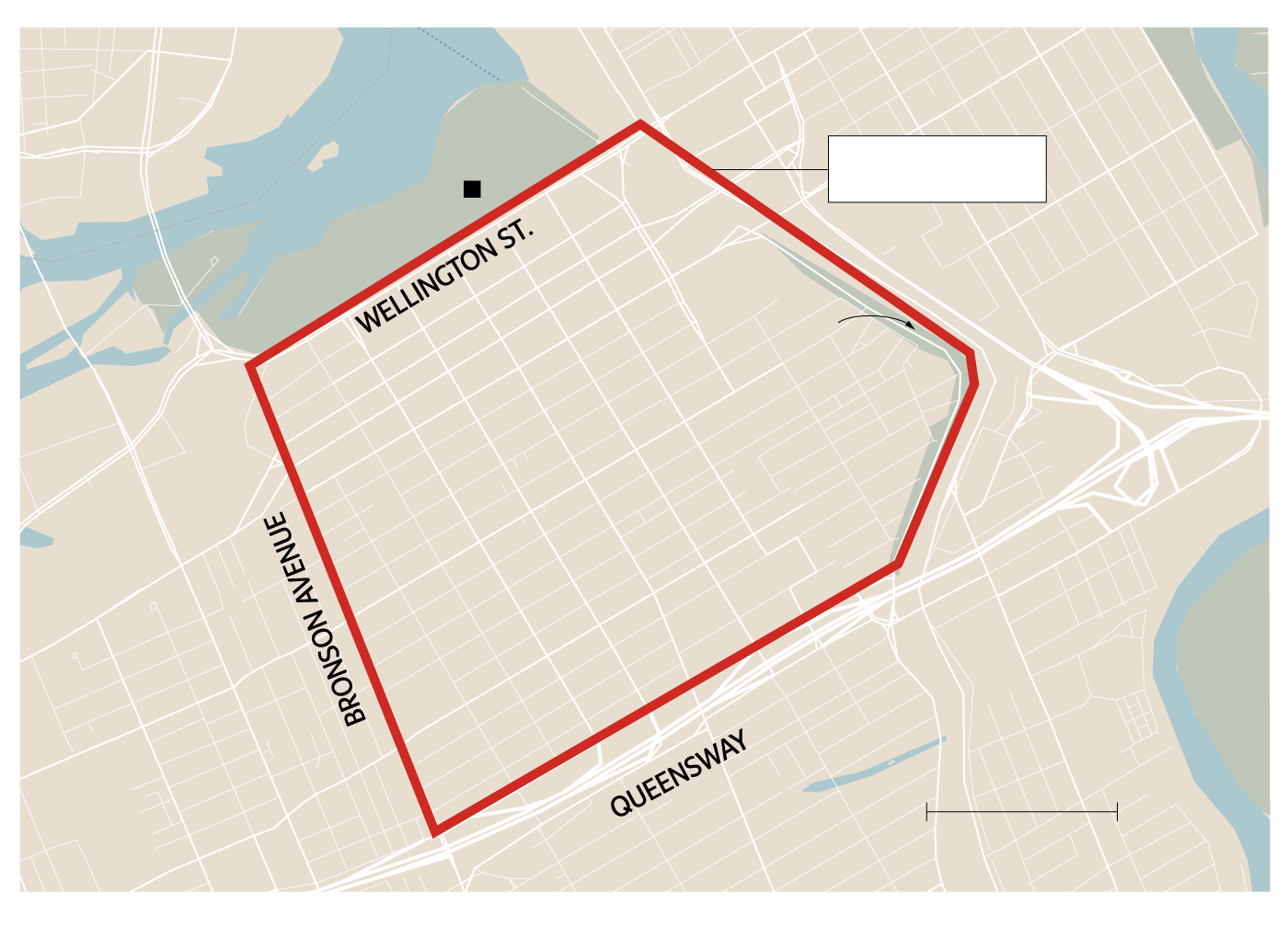 An Ontario government official called the measures a “cordon and clear” strategy that was developed by the integrated command centre led by the RCMP, OPP and Ottawa Police. The Globe and Mail is not identifying the source who was not authorized to discuss the matter.

The arrest of Ms. Lich and Mr. Barber marked a significant turning point in the 21-day blockade that police have struggled to control.

Interim chief Bell said: “We want people to peacefully leave. But I can tell you that if they do not peacefully leave, we have plans, strategies and tactics to be able to get them to leave,” he said.

Occupations are illegal and a threat to public safety, Trudeau says in Emergencies Act debate

The site of the blockade on Thursday was wet and grey but the party continued outside the Prime Minister’s Office, with people dancing on a stage and music blaring. Hot dogs and burgers were grilled on barbecues and a steady flow of fuel-filled jerrycans made their way to the trucks parked in the blockade.

The blow-up hot tub that went viral over the weekend was also fired up again with two men soaking in the tub near the House of Commons entrance for MPs and parliamentary staff.

Protest organizer Tamara Lich maintains that this is not an illegal protest. If she gets arrested, she says her message to others is “hold the line” #cdnpoli #ottawa #convoy pic.twitter.com/GrtT2LjZvf

Protesters remained defiant despite the heavy police presence, and after receiving a warning from police to leave immediately or risk consequences including arrest, charges and possible vehicle seizures. Police continued to hand out warnings to demonstrators, while city workers put up metal fencing along the stone wall in front of Parliament Hill and in front of the Senate in preparation of expected police action.

The Quebec provincial police have also set up their own command centre in Gatineau, across the river from Ottawa, to assist in ending the protest.

Meanwhile, inside the House of Commons, Prime Minister Justin Trudeau defended his government’s decision to invoke the Emergencies Act, for the first time ever, in response to the blockade in Ottawa as well as others at border crossings that have now already been cleared.

The cross-country emergency declaration was made because the blockade “could not be dealt with under any other law in Canada,” he said. The most significant border blockades were cleared before the act was invoked on Monday.

Conservative interim leader Candice Bergen said her party believes trucks “should move or be moved” but her party is against using the act. NDP Leader Jagmeet Singh said his party will withdraw its support for invoking the act if the party feels the government is misusing its powers.

Outside, many demonstrators dug in. Wayne Harvey, from the Esgenoopetitj First Nation (also known as Burnt Church) in New Brunswick parked his RV so that it blocked all lanes of traffic on Sussex Drive. Slogans such as “hold the line” and “united we stand” are scrawled on the camper van.

“The reason why I’m parked this way, it protects everyone on the inside,” he said. “So if the tow truck comes, they can’t easily tow us.”

Starlene Robertson and her friend Temple Heidecker, both from Spencerville, Ont., have been sitting in a half-tonne truck since the protests began on Jan. 28. Ms. Robertson said she lost her job at a federal Crown corporation, which she would not name, because she refused to be vaccinated.

Ms. Robertson said she would remain peaceful, but that she is willing to get arrested, have her truck seized and her licence revoked if that’s what it comes to. Then what? “I guess I’ll have to get a horse,” she said.

Miroslaw Fabinski, a cross-border trucker from Thornhill, Ont., said he doesn’t believe the police have any grounds to arrest or charge him, but he is willing to take the risk. Police have repeatedly warned protesters that if they are charged they might be denied entry to the United States.

In the past few days, some protesters have left, in part because they feared they would lose their insurance and commercial driver’s licences if they remained. But facing the same consequences, Robert Tyszkiewicz, who lives in Mississauga and drove his cargo van up to the blockade, was undeterred Thursday.

“They want to take my plates and insurance from my car,” he said, “so that means I’m terminated.”

Despite losing his job, he said he doesn’t regret joining the protests, and now he has “nothing to lose.”

Many protesters have printed out copies of the 1960 Canadian Bill of Rights and stuck them to their bumpers, windshields or doors. Demonstrators said they don’t believe the warnings in the flyers issued by police and don’t believe they can be charged for continuing to participate in what law enforcement says is an illegal protest.

On Thursday, Ottawa bylaw issued a statement on Twitter to protesters who have pets saying: “If you are unable to care for your animal as a result of enforcement actions, your animal will placed into protective care for 8 days, at your cost. After 8 days, if arrangements are not made, your animal will be considered relinquished.”

The city enters its fourth week of protests on Friday, but its city hall was in disarray on Wednesday, with infighting between councillors. Mayor Jim Watson faced heavy criticism from his colleagues over his handling of the demonstrations. Councillors said they had lost confidence in him and asked him to resign.

Ottawa police board chair Diane Deans was removed from the board by council and three other police board members resigned in protest. The changes took place after Peter Sloly resigned as police chief earlier this week.

The occupation of streets in downtown Ottawa and blockades at two border crossings to the US, including our busiest in Windsor, Ont. continues. Reporter Colin Freeze tells us more about who the leaders are of the Freedom Convoy, including those fundraising millions of dollars to support it. Subscribe for more episodes.

With reports from Colin Freeze, Kristy Kirkup and The Canadian Press.