A Wet’suwet’en hereditary house chief has become the first one to declare his support for Coastal GasLink’s $6.6-billion pipeline plan, saying the project will raise the standard of living for Indigenous people in northern British Columbia.

Herb Naziel, who goes by the hereditary name Samooh, is the first and so far only house chief to back the project, breaking ranks with eight other house chiefs. He said he previously took a neutral position on Coastal GasLink, but now feels compelled to publicly express his support for the natural gas pipeline project, even if it places his hereditary position at risk.

Mr. Naziel is a heavy-equipment operator for Kyah Resources Inc., which has a $55-million construction contract with Coastal GasLink.

The members of his Wet’suwet’en house group told him at first not to get involved in the pipeline dispute, Mr. Naziel said. “So that’s why I stayed out of it,” he said during a 50-minute interview on Sunday from Witset, B.C. "I don’t want to stir up the nest, but it’s not right for people to stop business.”

The Wet’suwet’en Nation comprises five clans, under which there are the 13 house groups, each with a hereditary head chief position (four are currently vacant). Eight of the nine men who serve as hereditary house chiefs, spanning the five clans, are opposed to Coastal GasLink.

Mr. Naziel said he is disappointed that two Wet’suwet’en women who support Coastal GasLink – Gloria George and Darlene Glaim – were stripped of their hereditary house names in the past four years. “I’m not afraid of being stripped. I’d like to see them try,” said Mr. Naziel, who has served as Samooh since 1988.

Frank Alec, who replaced Ms. Glaim last year as Chief Woos under Grizzly House, announced a tentative agreement one week ago with the federal and B.C. governments to expedite negotiations to implement rights and title for the Wet’suwet’en Nation over unceded traditional territory and recognize the hereditary governance system. A resolution to the pipeline dispute, however, was not reached.

Wet’suwet’en hereditary leaders say they have jurisdiction over their traditional territory, not elected band councils on federal reserves under the Indian Act.

“We always maintain and we always say that we are against the pipeline that’s going through our territory," Mr. Alec said during a news conference on March 1 in Smithers, B.C.

Mr. Naziel’s employer, Kyah, is co-owned by the Witset First Nation Limited Partnership and Wet’suwet’en member Troy Young. Kyah does road building and other work for Coastal GasLink, including at Camp 9A, a work site located near Houston, B.C.

Mr. Naziel said he has been busy working over the past year near Houston, driving bulldozers, graders and other machinery for Kyah, which is expected to create 60 jobs and economic spinoffs for the Wet’suwet’en people. “It makes me feel good,” he said.

“I’ve got to pay bills here," he added. "I can’t just drop everything.”

Since Feb. 6, protests have spread across the country in solidarity with the group of eight Wet’suwet’en hereditary house chiefs who oppose Coastal GasLink’s proposed pipeline route. About 190 kilometres of the 670-kilometre route cross Wet’suwet’en territory.

Mr. Naziel said anti-pipeline opponents need to take into account the varying views of Wet’suwet’en members when it comes to resource development. “These protesters are not even Wet’suwet’en. They’ve made things worse,” he said.

He said he has been reluctant to speak out publicly for fear of deepening the divisions within the Wet’suwet’en. He added that Sandra George, who backs Coastal GasLink, won the race in last August’s election to become chief of the Witset band council, which is one of the elected Wet’suwet’en councils.

Coastal GasLink began work in early 2019 on constructing a pipeline that would transport natural gas from northeastern B.C. to Kitimat, where LNG Canada has started building an $18-billion terminal for exporting liquefied natural gas to Asia, starting in 2025. The B.C. and federal governments back the LNG terminal and natural gas pipeline.

“I support people who bring unity. I’m not pointing fingers,” Mr. Naziel said. “This is the way a true chief is supposed to be acting.”

He also released a statement on behalf of the Wet’suwet’en Matrilineal Coalition, a group that was formed in 2015 to help bridge the gap between hereditary chiefs and elected band councils, with a goal of persuading hereditary leaders to support Coastal GasLink.

“We do not condone the blocking of railroads,” according to the statement co-signed by Mr. Naziel, who is one of the coalition’s five directors. The other directors are Ms. George, Ms. Glaim, Theresa Tait-Day and Helen Nikal. The group received seed money from Coastal GasLink and the then-BC Liberal government.

Herb Naziel said he wishes that the damaged relationships among extended families could be easily mended, but rifts over the pipeline project within the Wet’suwet’en Nation persist.

He said he used to socialize regularly with his cousin, Warner, but doesn’t any more. “I’m making a joke here," Herb Naziel said. "But if this were like a cartoon or movie, it’s acting like we’re fighting and when the time is up for fighting, we would go home and we’re still friends – we’re still brothers and sisters.” 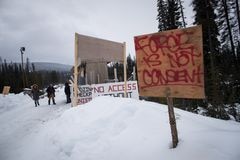 Opinion
Pipeline protesters alienated the very people in B.C.'s legislature that might help them
March 8, 2020 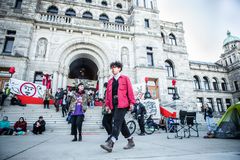 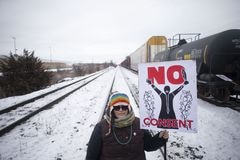 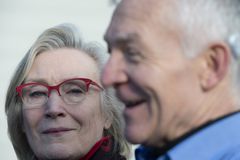