Homemade videos by a Vancouver filmmaker featuring scenes of his toddler’s escapades and shots of a friend’s Pomeranian named Nacho are fast becoming the indie hit of British Columbia’s electoral reform referendum.

Joel McCarthy said his four videos in support of proportional representation have already been viewed up to 900,000 times, giving him a huge sense of satisfaction that he may be playing a part in changing the province’s voting system.

Professor David Black, who teaches communications theory at Royal Roads University, has viewed the 28-year-old filmmaker’s videos and said he believes Mr. McCarthy has produced a hit with young voters.

Millennial voters are more interested in understanding how issues blend together as opposed to older voters who look to draw lines between opinion and facts, Prof. Black said.

“What we’re seeing in these videos is not so different than what we see in the Trevor Noah or Stephen Colbert shows,” he said. “Ironic, mocking, kind of post-modern mash-up style, audio dubbing and breaking down traditional barriers between information and entertainment, between opinion and straight news.”

B.C. voters need to mail in their ballots for the Nov. 30 deadline, choosing to either support a form of proportional representation for the next election in 2021 or keeping the first-past-the-post system. A majority of 50 per cent plus one is needed to change the system.

Mr. McCarthy said he decided to make his own videos in favour of change after the No side started the referendum campaign branding proportional representation as a potential breeding ground for extremist political parties.

He said the official Yes side initially ignored his offers to help, but it now shares his videos.

Mr. McCarthy said he felt that if he didn’t deliver a positive message about proportional representation then no one would.

“The first video I did I just went into my bedroom, put up my camera and made a rant basically kind of exposing the tactic that the No side was using and why I was going to vote Yes.”

In his 10-minute video, Figuring Out Question Two, McCarthy outlines the pros and cons of the three versions of proportional representation voters have the opportunity to rank. He explains dual member, mixed member and rural-urban proportional, interspersed with scenes of his son banging into a table or falling out of a cupboard and photos of Nacho wearing a crown and a sombrero.

“I hope you are still awake, but please do some more research,” McCarthy says in the video, where he explains his support for rural-urban proportional representation because he says there are no safe seats and independents stand a greater chance of being elected.

Others on both sides of the question have created videos and posted them on social media, generating thousands of views. Elections BC, the province’s non-partisan office overseeing the referendum, also posted videos explaining the choices available to voters.

Sam Sullivan, a Liberal member of the legislature from Vancouver, has posted several videos favouring first past the post, saying proportional representation takes power away from voters and hands it to political parties.

“This is not a referendum. This is a coup,” Mr. Sullivan says in one video that has almost 27,000 views.

A Yes supporter group, Make Every Vote Count, posted on Facebook a lip-synched parody of scenes from the Scottish independence movie Braveheart. In the BraveVote version, actor Mel Gibson urges his rebel warriors to support proportional representation while the British King Edward I warns of the rise of extremism if the first-past-the-post system falls.

Black said young voters are more interested in the sense of authenticity and transparency of issues, and Mr. McCarthy’s pleas to support electoral reform send a strong message. The message says young voters have the opportunity to change the system, if they turn out to vote, he said.

“This is an issue where millennials are in a position to transform the electoral machinery and hence the political and policy environments that they will inherit,” said Prof. Black. “That’s a heck of a opportunity for any generation.”

Mr. McCarthy, who posted blogs in favour of electoral reform during the 2015 federal election campaign, said he supported B.C.’s Greens in the 2017 provincial election but he did not vote for them because they stood no chance of winning in his Vancouver riding.

“I felt so voiceless in so many elections,” he said. “This [referendum] means a lot to a lot of people, including myself.” 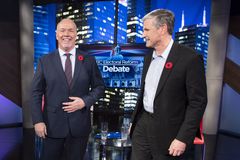 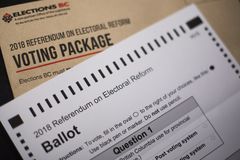 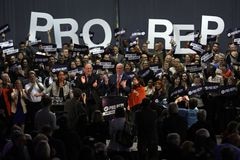