B.C. Premier John Horgan launched an election campaign on Monday, one year ahead of schedule, saying he wants to secure a majority government that can fully focus on the pandemic.

The election call effectively rips up the agreement between the NDP and the Greens that specifically bound the parties to avoiding an early election call. But Mr. Horgan, who is dealing with a rise in the number of COVID-19 cases across the province, brushed aside accusations that his government was playing politics.

Mr. Horgan’s decision was promptly condemned by his political opponents, who say an election right now is unnecessary. The opposition parties contend that his complaints of instability are exaggerated in light of the co-operation that the NDP has enjoyed from all sides of the House to manage COVID-19.

For more than three years, New Democrats have touted the benefits of a pact with the Green caucus that delivered a remarkably stable minority government. “I’m proud of what we’ve been able to accomplish, working with the Green Party,” Mr. Horgan said Monday. Just six months ago, Mr. Horgan declared “partisanship has left the building” as the legislature unanimously approved billions of dollars in pandemic spending measures.

Now, with his personal approval ratings soaring, Mr. Horgan will test voter support for his government’s response to the pandemic that has plunged the province into a continuous state of emergency since March.

The New Democrats may be looking to repeat the results of the Sept. 14 New Brunswick election, which saw Progressive Conservative Premier Blaine Higgs, who had also led a minority government, turn support for his handling of the pandemic into a majority of seats. But Mr. Higgs’s minority government had been unable to secure an agreement with opposition parties, while Mr. Horgan had a written agreement that was supposed to ensure his government would continue until October of 2021.

“I have struggled mightily with this decision,” Mr. Horgan said after meeting for close to an hour in a Victoria hotel with B.C. Lieutenant-Governor Janet Austin, where he asked her to dissolve the legislature. Mr. Horgan said the pandemic rendered the pact with the Greens invalid, and that he could no longer count on their support.

“We have COVID, it will be with us for the foreseeable future, there will be case numbers that will be alarming,” the NDP Leader said as he launched his campaign. “But the challenge for us is, do we have a government that will be in a position to respond in November, December, January and February decisively, in the interest of British Columbians? I’m not confident we have that today.”

The past provincial election, in the spring of 2017, ended 16 years of Liberal rule only after the NDP and Greens brokered a deal that gave Mr. Horgan’s party just enough seats to govern. When the legislature was dissolved on Monday, the NDP and the Liberals each had 41 seats, and the Greens had two. There were two Independent MLAs and the remaining seat was vacant.

Green Party Leader Sonia Furstenau said Mr. Horgan broke his word by calling an election this fall: Not only has he ended the formal agreement with her caucus, but he has also jettisoned the province’s fixed election date. Provincial legislation set the next B.C. election date as Oct. 16, 2021 – although the law did not prevent the Premier from seeking an earlier date.

“This has been a time of unbelievable co-operation and collaboration for the people of British Columbia,” Ms. Furstenau told reporters. “This is an irresponsible and unnecessary election that he’s imposing and whatever excuses he’s making up for it, let’s be clear, this is about him and his party putting their fortunes ahead of British Columbians at a time when people are worried about their jobs, their financial security, their children and their health.”

Liberal Leader Andrew Wilkinson said his party is ready for a campaign and promised to offer voters an “exciting vision” when the Liberals unveil their platform. But he suggested voters may be risking their health by engaging in the election. “Today, John Horgan chose politics over people for no good reason whatsoever,” Mr. Wilkinson said. “We have to question whether this is the best time for an election, and clearly it is not.”

Chief Electoral Officer Anton Boegman, in a statement, offered assurances that Elections BC has prepared for voters' safety. “We have been working with [Provincial Health Officer] Dr. Bonnie Henry’s office to develop our safe-voting plans and make sure that voters don’t have to choose between safeguarding their health and exercising their right to vote. All voters have the option of voting in person with protective measures in place, or voting by mail.”

The candidates will have to adapt to campaigning in a pandemic, which will preclude traditional rallies and glad-handing.

Mr. Horgan noted that he has been able to engage with voters over the past six months with COVID-19-inspired physical-distancing measures in place. “Our campaign will fully comply with public-health directions. I believe we’re going to need to be innovative and creative in how we engage with people, but I know we can do it,” the NDP Leader said.

Mr. Horgan will travel the province throughout the 32-day campaign, but his party is still working out details on how he will engage with the public and the media.

Mr. Wilkinson said social media will be critical. “It’s going to be a very different campaign, it can be done, and we will get our message out through whatever means it takes,” he said. “I think you’re going to find that our key messages are sufficiently dramatic and exciting that people are going to wake up and say … ‘Let’s vote Liberal.’” 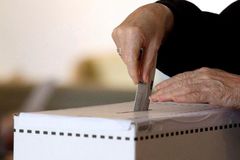 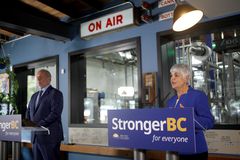 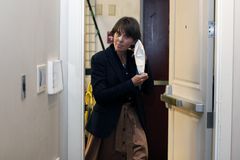