A British-born nurse hired to work on the groundbreaking ward, she can still hear the sound of the mechanical ventilators forcing air into the lungs of polio victims: the click of the pumps, followed by whooshes of air, repeated over and over.

Her other chief memory is the smell of cigarettes in the coffee room next door to the lung patients, where doctors and nurses relaxed while on duty. “The air was blue with smoke,” she said.

It was the 1950s, the era of a pack of Belmonts in the pocket of every doctor’s coat and nurse’s uniform.

But it was something else, too: the period of medical history when mechanical ventilation for patients with respiratory failure was first developed.

This critical lifesaving technique, and the intensive care units that grew up around it, have been much in the news during the COVID-19 pandemic. Without them, many more people would be dead from COVID-19.

And in a story that is little known in Canada, the unit in Toronto General Hospital that Ms. Horne worked on in the late 1950s was one of a handful around the world that developed the early versions of the modern ventilator, and helped changed the course of medicine.

It was another outbreak – polio – that sent Dr. Barrie Fairley and a handful of colleagues at TGH searching for a way to help patients who were paralyzed by the disease and unable to breathe on their own.

Iron lungs – unpleasant coffin-like cylinders from which only the patient’s head protruded, and which used alternating air pressure to expand and collapse their chest, thereby drawing in air – were in short supply in Toronto.

Dr. Fairley, an anesthesiologist who had moved to Toronto from Britain in 1955, was approached in 1957 by another British-trained doctor at TGH, Richard Chambers, about using a new type of care for polio patients that was in early development in Britain and Denmark.

Anesthesiologists at the time used curare to paralyze patients undergoing surgery. “Of course, as soon as you give someone curare to paralyze them, you have to breathe for them," Dr. Fairley recalled in an interview from his home in San Diego. "It was standard for anesthetists to be putting a tube into the trachea and the lungs and keep the ventilation going.”

Danish doctors are credited with first coming up with the idea of taking the ventilation system used by anesthesiologists out of the operating room and using it on polio patients in the wards.

It wasn’t a high-tech system. To push air into a patient’s lungs, anesthesiologists manually squeezed a bag attached to the tube inserted in the patient’s trachea each time a breath was required.

When what is considered to be the first intensive care unit in the world was set up in the Municipal Hospital of Copenhagen in 1953 during a polio epidemic, it consisted of medical students sitting bedside and “bagging” patients around the clock on six-hour shifts.

Doctors in Britain and Denmark began experimenting with mechanical ventilators in the mid-1950s, but Canadian hospitals still relied on iron lungs to treat polio patients when Dr. Fairley and his team began their work in late 1957.

They used the only ventilators available: crude pumps designed to deliver vaporized medication into the lungs of patients suffering from chronic obstructive pulmonary disease (COPD). Later on, they imported European models that allowed them to control the flow of oxygen.

By 1958, they had launched one of the first respiratory failure units in the world. Their original patients were polio victims and people suffering from another paralyzing disease, Guillain-Barré syndrome, but that changed quickly.

“People became intrigued with what we were doing and realized there were other conditions [we could help with]," Dr. Fairley said. “There were drug overdoses. Then the surgeons got interested and said, wait a minute, we’ve got these people who’ve got difficulty breathing after our surgery, could you look after them? Pretty quickly we got all sorts of other conditions.”

One of those conditions was peculiar to the pre-seatbelt era of the 1950s, when victims would be admitted with “stove-in chest” after being rocketed into the steering column during a car crash.

Out of the first 100 patients admitted to the respiratory failure ward, 75 survived – a huge success. Among the chief innovations of the ward was to treat patients in a designated area, rather than in rooms across the hospital, and to have permanent specially trained staff, like Ms. Horne.

In the early days, a team of 30 dedicated nurses were on their feet for eight-hour shifts looking after four patients on the ventilators. They worked non-stop to make sure the oxygen line didn’t become disconnected from the intubated and unconscious patients. They listened with stethoscopes to the patients’ chests for sounds of gurgling, suctioned mucous out of the patients’ throats, monitored the moisture of the oxygen going into their lungs, took the patients’ blood pressure and pulse every five minutes, and recorded everything in notebooks.

“It was tiring,” said Ms. Horne, who lives in Toronto. “It was very intense work.”

Dr. Fairley’s team soon developed a disconnect alarm, a device that is now standard on ventilators. They were also among the first to put ventilators in ambulances so that patients could be safely transferred to their ward from other hospitals.

The unit and its success made Dr. Fairley’s career. He left Toronto in 1968 and went on to run the anesthesiology department at Stanford University in California until his retirement in 1994. Throughout his career, he continued to do critical research on the physiology of patients on ventilators.

Two years ago, Dr. Fairley gave US$1-million to Toronto’s University Health Network to show his gratitude for the opportunity he’d gotten at Toronto General Hospital. The money was used to help set up a professorship in critical care in his name.

Niall Ferguson, the head of critical care at UHN, says the contributions of Dr. Fairley and his team were key to the development of the modern ICU – standalone units where doctors from a variety of disciplines keep people alive, be it a car-crash victim, a person with a paralyzing disease, a postoperative patient, a transplant recipient, or, these days, someone with COVID-19.

“The concept of intensive care arose out of the recognition of the importance of ventilators,” he said.

Dr. Ferguson said Toronto hospitals haven’t been hit with the shortage of ventilators many feared might occur when the novel coronavirus first started to spread across Canada this year. But his team did explore the possibility of procuring more of the devices in those early days of the crisis.

Making a modern ventilator, a device that has grown incredibly complex, turned out not to be something that could be done in a retrofitted car-assembly plant, as some thought.

Instead, said Dr. Ferguson, among the proposals offered by manufacturers was a pneumatic hand that could squeeze an old-school ventilation bag. They turned it down. 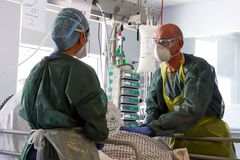 Toronto, Peel and Windsor not among Ontario regions moving to Phase 2 of reopening on Friday
June 16, 2020 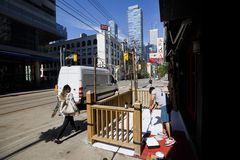 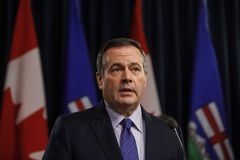