How widespread is the virus now?

It’s the question that has most bedevilled public-heath officials urgently trying to understand the state of the COVID-19 pandemic in Canada. And in the absence of mass public testing, it’s the one that has catalyzed researchers, innovators and anyone else looking to beat back the unknown.

This past week saw those with expertise in big data, population health and related areas start to come to grips with the fact that our ability to respond to COVID-19 is impaired by our lack of knowledge about who has the virus, who doesn’t and who is not longer susceptible. That data gap has led to the virtual shut down of the country in order to protect the most vulnerable; multiple efforts are now under way across Canada to close it.

The rules on social isolation are changing. André Picard has the answers to your latest questions

“We all understand that we have these technical skills,” said Shrey Jain, an engineering science student at the University of Toronto. “We can just sit around or we can put them to work to try to do something.”

For Mr. Jain, the urge took hold after his classes were cancelled and he found himself at home, deeply concerned about older family members with compromised immune systems and the increased risk they face from the new coronavirus.

The likelihood that many mild or asymptomatic cases are going unreported in the community means that the risk is now impossible to localize. Last week, Mr. Jain teamed up with classmates to cobble together a crowdsourcing solution that could help to fill the void. The result is flatten.ca, a website launched on Monday that asks people to sign up and report their symptoms (or lack of symptoms) which are then anonymously mapped by postal code.

As of Friday, the site has received more than 23,000 responses. The data is displayed on a “heat map” of potential infections across every region of the country. More data are needed but, in principle, the site could identify local outbreaks as they emerge and alert officials where critical care resources like ventilators are likely to be most in demand.

Mr. Jain said he and his team are hoping to reach 600,000 responses from the greater Toronto area – roughly ten per cent of the population – which would provide more information than is currently available to public health authorities. If they succeed, Google has offered to help the group scale up their capacity so that the site can provide similar depth of coverage across Canada.

Although the site cannot distinguish whether any single report is a genuine instance of coronavirus, it can make use of techniques from artificial intelligence to discern which patterns in the data are most likely to be flagging emerging clusters of infection. In the best case scenario, it would be far more useful than province-wide case counts which show no geographic relationship between incoming reports.

“One of the sad things about the pandemic is our lack of information ... our inability to understand which neighbourhoods might need more ventilators, which communities this might spread more quickly in," said Marzyeh Ghassemi, a faculty member of the University of Toronto’s Vector Institute who specializes in the application of artificial intelligence to health care and who has become one of the experts advising Mr. Jain and his team.

She said she hoped to see the site add the capability for individuals to report when their suspected symptoms of COVID-19 have passed. In the coming weeks and months, this could help reveal where immunity to the virus is on the rise.

Dr. Ghassemi was among the scientists who participated in a dial-in roundtable meeting this week organized by the Canadian Institute for Advanced Research to help identify where AI can play a role in stopping or slowing the pandemic.

Alan Bernstein, the organization’s president, said that while the virus that causes COVID-19 is very similar to the one that sparked the SARS outbreak in 2003, it has emerged in a world that is potentially far better equipped to use big data to fight a global pandemic – but only if the tools and the data required to do so can be mobilized quickly.

In addition to employing machine learning to discern where the virus is spreading and where people are likely to be most vulnerable, some experts say it is time to make use of what is known as peer-to-peer tracing through mobile phones.

“Imagine that an app in your phone would keep track of the probability that you are infected based on where you have been and the encounters you made and would share that risk information with people you encounter so their app could update their own risk estimation,” University of Montreal AI leader Yoshua Bengio wrote in a web post this week.

One version of this approach that could be implemented quickly is a phone app developed by researchers at the Massachusetts Institute of Technology. It would allow someone who has symptoms or tested positive for COVID-19 to voluntarily alert anyone they have recently been in close proximity with. The anonymous alert would go not only to known contacts but to strangers who may have been in the same location, such as a coffee shop or on public transit.

Dr. Bengio suggested that the government consider giving out cheap cell phones preloaded with app to those who need them. However, he wrote, “we want to avoid creating tools which can later be abused by governments and companies to track us and control us.”

Ashleigh Tuite, an epidemiologist at the University of Toronto who has been modelling the spread of COVID-19 in Ontario, said that, ultimately, the results from technologies tracking the virus would need to be reinforced with biological samples to corroborate the picture of where COVID-19 is turning up.

Here the need for privacy and safe curation of biological material such as swabs, blood samples and other specimens present additional challenges to those who would like to ramp up public testing beyond health clinics and shed more light on how the virus is spreading.

At Sick Kids Hospital in Toronto, leaders of a long-running study called TARGet Kids, which is following the long term health outcomes of children in 11,000 families across Ontario, realized that they were already set up to capture the spread of COVID-19 with specimens obtained from participants in their study group.

The project is now aiming to send and receive nasal swabs through the mail on a weekly basis and track the virus as it impacts children and the adults that live with them. They will be able to keep tabs on up to 1,000 participating families. It is poised to capture a wealth of data that would otherwise be lost while the pandemic is playing out and public health workers are coping with an emergency situation.

Catherine Birken, a senior scientist at Sick Kids and co-leader of the effort, said that once it became apparent that the pandemic would become a major health event the only question was how to help.

“As this has unfolded, I basically said to myself and to my team, how can we contribute?" she said. 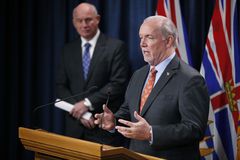 While thousands of Canadians rush home from overseas, some are sticking out the coronavirus panic overseas
March 27, 2020 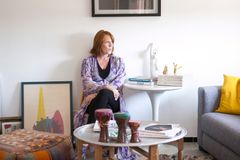