Many businesses on Canadian main streets barely limped through the summer and now, with COVID-19 restrictions tightening again, cities are speeding up efforts to help them over the higher hurdle of winter.

In Lethbridge, Alta., the city is considering building an outdoor ice rink in its downtown park, which it has never done before. Calgary is planning a first-ever Chinook Blast festival, in conjunction with local arts and sports groups.

Montreal has committed $400,000 to creating new downtown plazas for the winter season and programming them with music and other entertainment. And Toronto is percolating a half-dozen ideas to get people out on the streets safely, from walking tours and outdoor art exhibits to neighbourhood passport programs that would reward shoppers with free gifts after they spend a certain amount in local stores.

Those efforts are going to be especially important for so-called “destination streets,” whose businesses rely on visitors – from office workers there for the day to local and international tourists. Those streets have been hit particularly hard during the pandemic, according to a new study by the Canadian Urban Institute.

Keeping main streets alive for another year of pandemic is going to take more than just patios and new outdoor activities, the study emphasizes.

“We thought it was a sprint but it’s a steeplechase,” said Mary Rowe, president and CEO of the institute, a non-profit supported by neighbourhood business associations across the country and Vancity Credit Union.

The study compared visitor numbers on a selection of Canadian streets with levels before the COVID-19 crisis. It found the biggest drops on destination streets. The number of visits on Rue Sainte-Catherine in Montreal, for example, dropped 76 per cent, while King Street in Winnipeg lost 64 per cent.

The declines are up to double those of main streets in smaller cities – Port Hope, Ont.'s downtown had a 38-per-cent decline, for example – or in small, defined neighbourhoods within metro areas.

In the middle are streets such as Fourth Avenue in Vancouver or Lawrence Avenue East in Toronto, in relatively dense residential neighbourhoods that provide for a lot of local customers in addition to some destination visitors.

The institute’s report focuses on short- and long-term financial fixes that cities and provinces need to keep main streets viable.

They include quicker measures, such as emergency financial assistance, microgrants and access to help with legal or insurance dilemmas. In Edmonton, for example, businesses have been able to get $1,000 for anything that helps them adapt, including patio heaters or safety equipment. Calgary has eliminated fees for licences and development applications, as well as providing $30-million in general tax relief for businesses. Last Friday, Ontario announced $300-million to help businesses affected by new COVID-19 restrictions with their fixed costs, including property taxes, hydro and natural gas bills.

Many cities have not gone far down this road, with most efforts confined to helping restaurants and bars get quick permissions for outdoor patios.

How covid-19 Has affected

How covid-19 Has affected 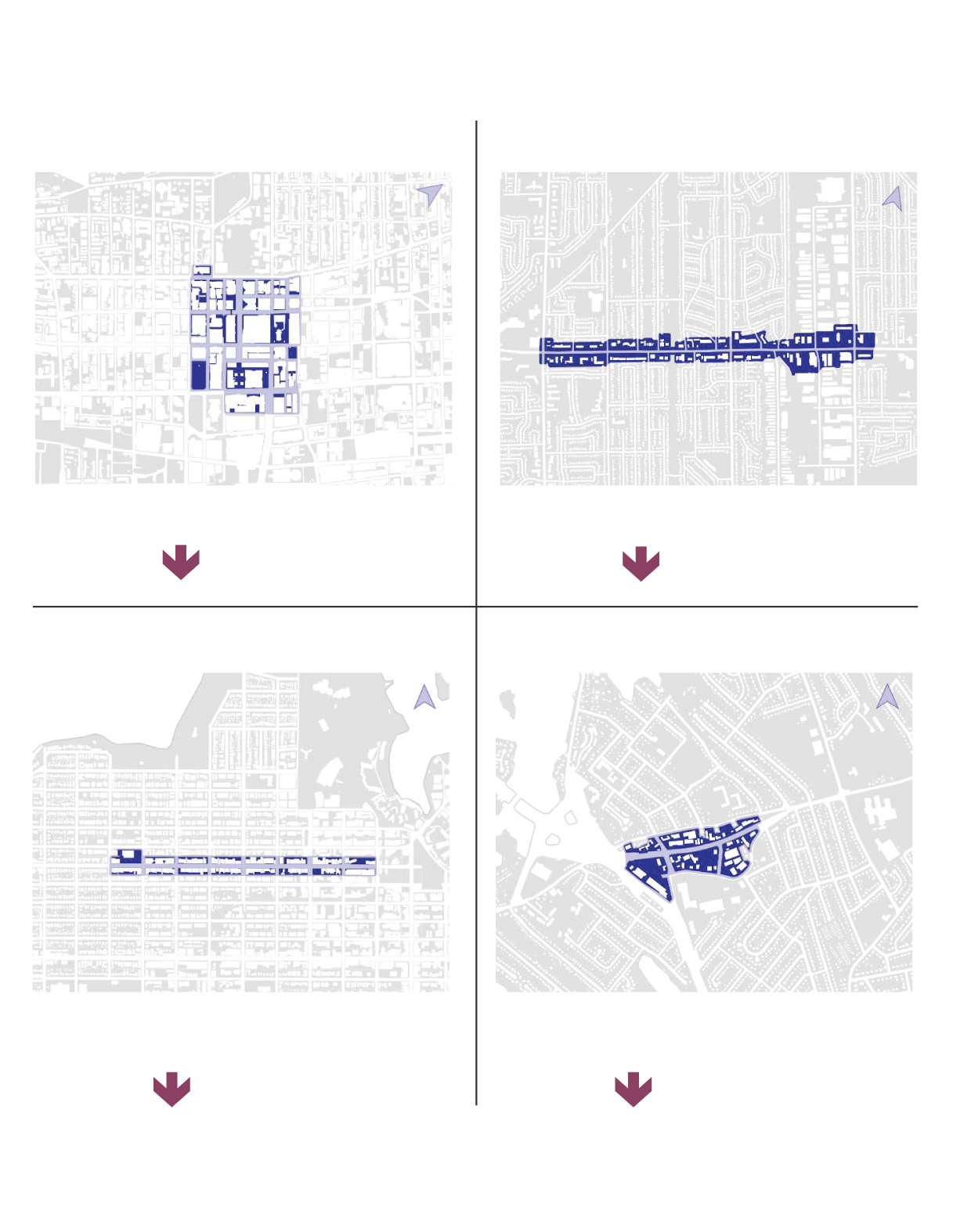 How covid-19 Has affected movement on Main Streets

That’s the case in Vancouver, where individual business associations are making their own decisions about what kind of money to provide from their budgets to help members with some of those unusual costs. (Businesses in B.C. did benefit from a provincial decision to eliminate school taxes from their bills this year.)

The institute’s report also recommends many longer-term solutions, some of which businesses have been pleading for over the years. They include fixing often onerous and expensive permit processes and revising a property tax system that, in many cities, makes small businesses pay property taxes on a “best-use” basis – so a one-storey shop on land that could hold a 20-storey condo building is taxed as if it were the condo tower.

Some who have studied urban dynamics for decades say city governments need to accept that some business destruction is inevitable before they rush into too many short-term solutions.

“I think there is going to be a shake-out no matter what,” said Bill Fulton, a former planning director and mayor from California who now directs research into cities at Rice University’s Kinder Institute for Urban Research in Houston. “There will be an almost inevitable hollowing out in the short term. Then it will come back, but it will come back somewhat differently.”

He says he believes bars and restaurants, although they may vanish in shocking numbers, will return with the same entrepreneurs and new financial backers. Those kinds of businesses have been thriving on main streets even while others, notably retail, have been struggling for decades as they grappled first with competition from suburban malls and then from online shopping.

“The bar and restaurant industry will come back just as strong as ever, but a lot of others will go out of business and never come back,” he said, adding that retail is likely to be replaced more and more by services: nail bars, dentist and physiotherapy offices, children’s playrooms.

Downtown office districts may shrink, Mr. Fulton said, which will mean slightly fewer ancillary services on the commercial streets that serve them. That will mean suburban neighbourhoods, where many will remain working from home, may develop more sophisticated and diverse shops, services and restaurants.

Brian Kelcey, a public policy consultant and former special adviser to the mayor of Winnipeg, said cities and provinces should be focused on long-term fixes that will ensure smart entrepreneurs can start up again quickly and painlessly after the inevitable clearing out.

“We’re going to want to start planning now on the assumption that the damage will be bad. What we’re going to need is some kind of phoenix program where you put [businesspeople] in a position to restart.”

Even if more people work from home, and contribute to a suburban retail boom, it would be a huge waste to give up on the wealth of infrastructure concentrated in downtowns and commercial cores, Mr. Kelcey says.

Ms. Rowe at the Canadian Urbanism Institute added that main streets, of all kinds, are about much more than just shopping, eating, drinking and manicures.

They create a sense of safety, bring people together, foster a sense of community cohesion and give an identity to neighbourhoods, she said. “These businesses provide all kinds of other social benefits. They are an integral part of urban life.”