Work-life imbalance was on the minds of 50 South Asian women who gathered amid the thick of the pandemic last February for an online workshop, titled Daughter-in-Laws Anonymous.

The women, mostly in their 20s and 30s, were there to find camaraderie – and to vent. Many were feeling severely squeezed between their paid work, now done remotely from home in lockdown, and domestic obligations: Relatives were hovering over them, expecting them to tend to the house and their families in the middle of the work week.

“You may be expected to be cooking, cleaning, doing laundry and taking care of children because they think you’re at home. But really, you’re working from home,” said Ms. Chagger, a registered nurse.

Pushing back often felt impossible, particularly for women with older relatives who didn’t understand the relatively new concept of working full-time from home: “You can’t necessarily talk back to your elders, especially your in-laws,” Ms. Chagger said. “So how are you supposed to navigate those situations?”

For some Punjabi women in Brampton, the toll of conflicting expectations is steep as they struggle to straddle traditional gender roles from “back home” with their lives in Canada. Even as women take on long shifts in paid work, old obligations often remain: That they prioritize nurturing family and looking after the home – gruelling domestic labour that’s often taken for granted and rendered invisible.

Staring down unmanageable, oppressive workloads, several women in the workshop group confessed to taking small escapes – in their cars. While shopping for groceries or filling up their gas tanks, they’d sneak an extra 10 or 15 minutes for themselves. Sitting in their vehicles, some sipped coffees or talked to friends on the phone; others enjoyed the silence. One woman suggested a helpful alibi: Tell your family you got stuck in traffic.

Still, some of the women felt guilty for even contemplating such breaks: “Is it okay to take 15 minutes and just sit in my car and do nothing?” they asked.

The relentless realities of the pandemic – lockdowns, job losses, lost child care – have intensified many women’s day-to-day struggle. While workloads have mounted in some multigenerational homes, in other families where men are out of work, some women are pushing back on the burden foisted on them alone. In some cases, tensions are escalating into intimate partner violence. Since the pandemic took hold, shelter workers have reported a troubling surge in calls from women facing abuse, not only in Brampton, but across the country.

Mr. Mutta, 72, has counselled South Asian clients in the area for 32 years. With the onset of the pandemic, Mr. Mutta said his conversations with men shifted, as some husbands grew distressed after their comfortable routines came to a halt in lockdown.

Before, many of these men would return home after work to find dinner made and children tended to, Mr. Mutta said. Now, some were temporarily laid off or working remotely from home. They were facing a full house: children struggling with schoolwork, in-laws needing care, wives trying to work from home and pleading for help with domestic tasks.

Mr. Mutta said the men calling him for advice are finding it difficult to adapt to a new reality where they need to shoulder more of the household work.

“Spouses are constantly arguing over little things,” he said, adding, “our calls from men have increased a hundredfold. They are wanting to know, ‘How do I keep my temper in check?’ ”

The veteran social worker and community advocate argues that the pandemic pushed dormant issues to the surface, forcing some South Asian spouses to reconsider some deep-seated ways of being. Mr. Mutta believes the most serious hurdles to equity in many South Asian households are views that leave women convinced they must nurture everyone around them, and the men in their lives feeling entitled to their work and care.

A key factor driving gender inequality are religious and traditional beliefs among some communities in India that boys are deemed more “useful” than girls, according to D. Amutha, associate professor of economics at St. Mary’s College in southern India. Patrilineal systems dictate that men take care of parents in their old age. When women marry, they join their in-laws. Women’s blood relatives experience this as a net loss, both in labour and dowry.

“Gender inequality is especially tragic not only because it excludes women from basic social opportunities, but also because it gravely imperils the life prospects of future generations,” Prof. Amutha wrote in a 2017 report, The Roots of Gender Inequality In India.

Given that such beliefs often go back generations, some South Asian women are often still expected to oversee domestic duties throughout their lives – and since men are the benefactors of that work, many can be resistant to change, said Puneet Dhillon, a communications and research analyst at PCHS.

“Division of labour is patriarchal. It’s like a ghost that exists and impacts all of us, but it doesn’t come to the point of realization because it has been internalized by people so much,” said Ms. Dhillon, who presented on the issue of domestic inequality at the House of Commons’ standing committee on the status of women in April.

Occasionally Ms. Dhillon, 35, grows frustrated watching these dynamics play out within her own family. After both her parents would return from work, her father would often ask his wife for a snack or cup of tea. “She is coming from the same circumstances, the same bosses and meetings, and so are you,” Ms. Dhillon observed. “Why can’t you help yourself to a cup of tea?”

Some families are beginning to have tough conversations about entrenched gender roles. For others, life at home has grown dire. In families where abuse was present, the pandemic’s stressors worsened tensions and helped ignite violence, according to shelter workers.

Mannat (whose real name The Globe is withholding for her safety) was only 18 when she first came to Canada with her husband, who was a decade older. When they first moved into a basement suite in Brampton, she was confined to traditionally gendered household roles, leaving home only to attend the Dixie Gurudwara on Sundays, or to visit her extended in-laws. Her husband began abusing her emotionally, sexually and physically – violence that continued until the couple’s three children grew older and more protective.

As COVID-19 intensified last spring, the atmosphere in the home rapidly deteriorated again. Her husband, a taxi driver, was forced out of work – his autoimmune disease made it too risky to drive customers in the pandemic. Stuck at home, he spent most of his time anxiously reading news about India’s widespread farmers’ protests and the second wave of COVID sweeping across the country. His alcoholism worsened. After long hours working at a local FedEx ship centre, Mannat would return home to a second shift of tending to her husband. With the children away at university, the buffer between the spouses was gone, and the physical abuse began again.

Now 51, Mannat said she could not take the labour and abuse as she once did: “My body doesn’t work the way it used to,” she said. Though divorce or separation are seen as taboo in some South Asian families, she made the decision to leave her husband at the urging of her children.

“They made me believe that I can have a life outside of this,” she said, noting that while she struggled with the decision, she realized it was the right one to set an example for how she would like her children to live.

In homes where women are facing domestic violence, lockdowns are separating them further from their social networks and community organizations, hindering their chances to get help, Brampton regional councillor Rowena Santos said.

Nine months into the pandemic, the City of Brampton, the Region of Peel and Peel Regional Police launched It’s Not Okay, a local campaign to raise awareness about gender-based violence. The initiative, which featured social-media posts and video PSAs highlighting stark statistics about intimate partner violence, was shared by local South Asian community leaders and organizations. In the month that followed, domestic violence calls to 211, a helpline that refers callers to social services, shot up by 88 per cent.

“Not all victims reach out,” Ms. Santos noted. “The statistics we have are just scratching the surface.”

Shifting long-held beliefs about gender, marriage, work and the home will be an ongoing process that continues well after the pandemic and will require social supports for women and men alike, community workers say.

Spurred by the frank conversations around equity that arose during the pandemic, Punjabi Community Health Services launched an online educational series for South Asian men called “Why are good men silent?” The project addresses topics such as healthy relationships, how to be a good father, anger management and crisis de-escalation. As part of the initiative, Mr. Mutta is encouraging involved fathers and husbands to step up and be more vocal in their communities about such issues.

“There were some positive stories from women who were able to have conversations with their husbands and in-laws to share the workload,” Ms. Chagger said. “They’d say, ‘Okay, between these hours, I’m working. I can’t be doing laundry or cooking food.’ ”

Amid the shift toward a more open discussion around parity, today many South Asian spouses are carving more equal paths for each other.

Punjabi-Canadian singer and music director Raj Ghuman migrated to a Punjabi diasporic community in Brampton in 1983, at a time when many upheld misogynistic views, she recalled.

“The songs during that time were duets that had double entendres objectifying women. Only men attended those community functions and requested these types of songs,” said Ms. Ghuman, 65.

With a master’s in classical vocal music, Ms. Ghuman wanted to use her voice to record cassettes for women. With the support of her husband, Sardul Ghuman, a taxi driver, she travelled to India to record her debut. As her artistic career took off, her husband stood behind her, funding her projects as well as promoting and attending every single show.

Ms. Ghuman’s path proved harder to swallow for her in-laws, who didn’t show up to her cassette launch. Despite living minutes away, they shunned her family for a decade, all because Ms. Ghuman made a career out of being vocal and visible.

The family estrangement meant there were fewer eyes and ears on the ways the Ghumans ran their household. As the wife pursued her career, her husband shared the burden of domestic chores. Their teamwork and mutual empathy for one another helped the spouses remain defiant against sexist norms that lingered in a number of households around them, Ms. Ghuman said. Their values trickled down to their daughter, who said she has learned to set high expectations in a partnership.

“Parents should give boys and girls the same love, understanding, education and house values,” Ms. Ghuman said. “Both should be equal and have equal resources and agency.”

Brampton families wrestle with a return to classrooms
July 6, 2021 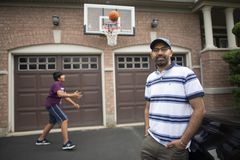 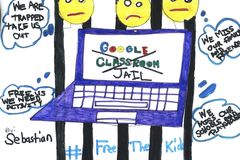 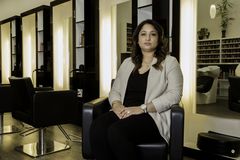