As Canadians face a barrage of election campaign media coverage, researchers probing the minds of people who share bogus headlines online are asking: How do we fall for false information?

As cognitive psychologist Gordon Pennycook, of the University of Regina, and co-author David Rand pointed out in a 2018 paper in the journal Cognition, the phenomenon of fake news – the spread of patently false stories – is nothing new; tabloid magazines, known for publishing stories of alien abductions and Elvis sightings, have been around since the beginning of the 20th century. But the phenomenon seems to have reached new heights with the rise of social media, they wrote, prompting scientists to investigate the cognitive and psychological processes involved when people get duped.

Part of the reason people fall for false content lies in the way our brains take in information, says neurologist Lesley Fellows, a professor at McGill University who has studied how the brain makes political decisions. Our brains are constantly and heavily filtering the world around us through a framework of biases and stereotypes created through our experiences.

“It’s a general feature of the brain. It can’t possibly cope in fact with all the information out there, so we use our prior experience to filter the information in,” she said, noting this function explains how optical illusions work: “The brain imagines how things ought to be and it takes the information that fits with that [assumption].”

Although this helps us efficiently navigate through life, it can also make us vulnerable to half-truths – or distortions of the truth.

Having an entrenched worldview, shaped by decades of experience, may be one reason older people tend to be more likely to share false information, said Jay Van Bavel, an associate professor of psychology and neural science at New York University.

Van Bavel said that people older than 65 are six to seven times more likely to share fake news than their younger counterparts. He is currently conducting a brain imaging study to investigate why.

Many have watched the same news station for decades and thus see the world in a certain way, he explained, adding they also tend to be more committed to a specific political party. This could partly explain why they may be more inclined to share a factually inaccurate story through social media if it aligns with how they see the world.

Another reason may be related to cognitive decline, he suggested, saying that older people are more susceptible to fraud of all kinds.

Whatever the reason, it’s important to note that older people vote at a much higher rate than younger people, he said.

"When fake news is targeting them and they’re more susceptible to it, that’s actually much more of a problem for society,” he said.

In addition to the cognitive processes at play, there are also psychological and emotional layers to why people fall for bad information, Fellows said. In other words, it can be harder or easier for you to believe in certain stories depending on how they affect you emotionally and psychologically.

She explained that people sometimes reject information that, if accepted as true, would be very frightening or uncomfortable. Take climate change, for example: It is more convenient to deny than to accept climate change, she said, because if you believe climate change is not real, you will not be forced to take action or think of the terrible consequences.

“It’s psychologically easier to cling to the information that suggests it’s not really a problem,” Fellows said.

Emotion also plays a big role in how false information is shared through social media. Van Bavel’s research shows that on Twitter each so-called “moral emotional” word used, such as “disgust” or “hate,” corresponds with a 20-per-cent increase in the likelihood of that message being retweeted. (Such words differ from words such as “sadness” or “happiness,” which merely convey emotion, not morality, or “fair” and “just,” which convey moral principles but not rich emotions, Van Bavel explained.)

“Emotion is a powerful motivator,” he said, explaining that people are more likely to act in response to information that triggers strong emotions versus information that appeals to their logic.

The context in which people consume information is also a factor, he said. Most people use logic when they are listening to a lecture in a university class, for example. By contrast, “when people are engaging in social media, which is now how most people get news … they’re not often engaging deeply with the rational content of the news. They’re not looking at graphs and figures and thinking about it for a long time. They’re reacting to headlines, captions, brief video clips, images. Those are the types of things that are going to resonate with us emotionally.”

There are concerns that information from unreliable sources may influence voters’ views about individual candidates and hot-button campaign issues such as immigration and climate change. Canadian leaders and security experts have repeatedly warned of the potential for foreign actors to meddle with the election through the spread of false information.

According to a research report by the Digital Democracy Project, led by the Public Policy Forum and McGill University’s Max Bell School of Public Policy, the overall level of misinformation appears to be quite low among the Canadian public.

Nevertheless, it stated, “In general, it appears that simply consuming news, regardless of source, makes people susceptible to being misinformed about the issues.”

People’s social circles not only determine what pops up on their news feeds, they also have significant influence over how individuals respond to false information. For instance, one may be more inclined to believe a story if it has been shared by someone with similar views.

As Fellows put it: “We feel more confident in our own judgments because other people like us judge things the same way.”

Van Bavel, however, found that there appears to be a hierarchy to our loyalties. Our alliance with a particular person or party seems to outrank our loyalty to the common ideology we share with others. U.S. President Donald Trump and his followers often demonstrate this concept, he explained: If Mr. Trump were to make an argument against free trade, the average person who voted for him is likely to believe that argument and share it, even though it goes against decades of U.S. conservative economic policy.

“They’re looking for: Is this person part of my team? If so, then I’m more likely to believe it, even if it contradicts the values of the ideology,” he said.

But just as one’s community can promote bad information, it can also keep it in check. Van Bavel admitted he is not immune to spreading false information. He once shared a quote about lies travelling around the world while truth is still putting on its pants that was falsely attributed to Mark Twain. Soon after, members of his online community, consisting mostly of fellow scientists, pointed out there is no evidence the author ever made such a statement. He immediately fact-checked it and removed his post.

“Norms matter a lot," he said. “Fake news flourishes when certain people think it’s acceptable to share it and [are] rewarded for sharing it.” 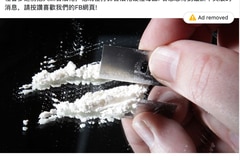 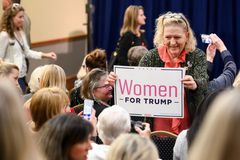 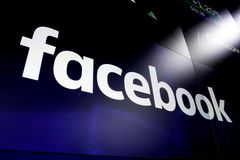