On loamy, clay soil, washed by spring flood water and baked in recent heat waves, Tiffany Traverse tends to a budding crop of heirloom greens. A thick wildfire haze falls like a grey veil over a skyline of scattered spruce and aspen. To Ms. Traverse, a Secwépemc land and seed steward in Progress, B.C., each seed sown is more than a food source. They are a part of life on Earth, a reminder of those who came before her and a valuable resource that will shape a food system resilient to climate change.

If you trace back the origins of seeds of cultivated species, Ms. Traverse said, there is evidence of people saving and selecting seeds based on their colour, for example, or resilience to weather conditions. This is not unfamiliar to her community.

“Indigenous people have been doing that forever,” she said. “Stories in that ancestral memory are so closely tied to seed for me.”

In recent months, Ms. Traverse and a cohort of local growers have been creating a new story about the possible future of heirloom seeds in northeastern British Columbia. She is leading growing trials in the Fort St. John, B.C., region to understand what varieties can endure current and future environmental stressors. The initiative is in partnership with Iowa-based Seed Savers Exchange, one of the largest non-governmental seed banks in North America.

This spring, Seed Savers provided the growers with a biodiverse lineup of squash, beans, okra, tomato, lettuce and kale. Prior to planting, Ms. Traverse also worked with students in classes at the University of British Columbia’s faculty of land and food systems to create how-to manuals for the growers.

Her group, consisting of four people, is part of 270 growers across the continent who will document the crops’ behaviour to conditions in their own regions. Each participant’s findings are helping construct a large bank of data, serving as a road map to identify more resilient and adaptable food sources for farmers and gardeners in the face of a warming planet.

In the Peace River Regional District, which encompasses Ms. Traverse and her fellow growers, the trials are also a chance to chip away at food insecurity. The region, Ms. Traverse said, largely depends on trucked-in cargo to fill supermarkets, and is plagued by both a thick, finicky soil and August frost that cuts the growing season short. But as she imparts her knowledge to fellow growers, the project, she added, is only one small building block in her larger mission.

“It comes back to caring for the land and to help inform how we’re going to move forward in any kind of conservation,” she said. “Where I see myself is just helping to weave those pathways between the Western science-informed lens, but also to really advocate and elevate Indigenous voices … helping them get more resources, capacity, recognition – basically trying to be an advocate for their autonomy.”

Indigenous-led agriculture and land-based knowledge is lacking in the national discourse around climate change mitigation, according to a recent report from Indigenous Climate Action. Findings state the federal government has failed to put Indigenous voices and their expertise at the centre of decision-making in climate action plans, such as the Pan-Canadian Framework on Clean Growth and Climate Change, and a Healthy Environment and a Healthy Economy.

As Indigenous communities have used their knowledge to steward the land for millennia, Rebecca Sinclair, a co-author of the report and research and policy analyst with Indigenous Climate Action, said there is need for more awareness and allies around the validity of Indigenous knowledge. Localized Indigenous-led projects, such as the work Ms. Traverse is spearheading, she added, are an important part of driving change around what federal climate policy should incorporate.

Ms. Sinclair said in order for the federal government to move forward in a meaningful way, it must understand that meeting with organizations such as Inuit Tapiriit Kanatami, the Assembly of First Nations and Métis National Council is not enough to fully understand and integrate the knowledge that exists within individual communities with different biomes. Elders and people with expertise, like Ms. Traverse, she added, should be part of consultations, with the expectation that their knowledge is thought of and honoured the same way a Western scientist’s knowledge is.

There are a number of prominent examples south of the border where Indigenous communities have a long-standing legacy of independently maintaining their natural ecosystems using traditional knowledge. The Menominee forest keepers in northeastern Wisconsin, for example, have created one of the most plentiful, biodiverse forests in the world on 235,000 acres.

On desert plains of Arizona where the average yearly rainfall is about 30 centimetres or less, the Hopi people produce bountiful harvests of corn, beans and squash using age-old agricultural practices with only natural precipitation. And in California, where wildfires have increasingly devastated communities, the Karuk reservation is using prescribed burning to clear out underbrush and dried out vegetation that would normally be a source of kindling in the midst of a sweeping blaze.

With seed, Indigenous people have been selecting and saving varieties for generations and generations. But according to the Food and Agriculture Organization, 75 per cent of genetic diversity of cultivated plants has been lost since the beginning of the 20th century, with just nine species accounting for 66 per cent of global crop production. In recent years, scientific studies and the regenerative agriculture movement have highlighted the significance of biodiversity and seed banks for withstanding severe weather events.

Philip Loring, a professor and ecological anthropologist who holds the Arrell Chair in Food, Policy and Society at the University of Guelph in Ontario, echoed the need for more Indigenous-led agriculture. He said food systems that are built on collaborative efforts and focus on meeting specific needs of local conditions will be the ones most resilient and adaptable to climate change.

“So much of Canada’s agricultural industry is settler agriculture on stolen land. This is meaningful work in food sovereignty,” he said of the growing trials led by Ms. Traverse.

In contrast to a Westernized food system that promotes monocropping, pesticide use and genetic material made in labs, Prof. Loring said Indigenous agriculture concepts, such as seed saving and working with the land, instead of against it, are what’s needed to shake up the status quo. He also pointed to research that suggests landraces with maize can outpace what scientists are attempting to do in labs, and said saving seed, sharing seed and hybridization should be widespread within the agriculture community.

“People also often assume that the way that we need to respond to climate change and effort systems is through new ways like genetic modification,” he said. “But making use of the biodiversity we have and saving and testing seed in the spirit of traditional Indigenous food systems is going to be a lot more effective.”

Ms. Traverse knows that it’s only her first year conducting the trials with her small community group, but believes it will be a launch pad to achieve greater food sovereignty for remote communities. She hopes to eventually establish a northern hub of seed savers, land and water stewards who will turn to more local, native crops and practices based on their biome. Following a path that predates industrial food production, seed will not be owned, patented or commoditized, she said. Instead, it will be viewed as kin in an interconnected ecosystem.

“Everything [Indigenous peoples] need to do, has to be led by us, on the land and in community,” she said. “Being dispossessed of our lands, we were forced to survive and thrive in a Western agricultural world. ... We really are the ones who will solve our own territorial needs and solutions to climate change and ecosystem loss. But we also need resources and the ability to come together and share knowledge and practices on the land that are being lost.”

The first step, Ms. Traverse said, will be to transition to a more localized seed trialing network that will eventually function without her oversight. Ultimately, this will allow her more time to connect, research and revitalize Secwépemc food practices.

It’s not a seamless journey, Ms. Traverse knows, but like the seeds in her garden that have sprouted beneath battered ground, she will stay resilient amid the turbulence of what’s to come. 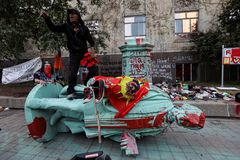 Opinion
Why aren’t we talking about Indigenous communities during Canada’s election campaign?
August 26, 2021 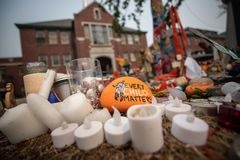 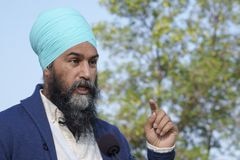