​With Canada facing a pandemic that puts the health of millions potentially at risk, and governments imposing stringent measures, questions are being raised about what role constitutional rights play in times of crisis, and whether governments have the manoeuvring room to protect society. Sean Fine looks at the Charter of Rights and Freedoms in dangerous times.

Q: What powers do governments have for this crisis?

A: Widespread quarantine powers, the ability to close borders, restrict the movement of goods and people, close buildings and even order individuals to seek treatment. New powers were developed after the SARS crisis of 2003 left provinces realizing they lacked the legal authority for health emergencies.

Q: Does Canada need the Charter at a time of such peril?

A: More than ever, constitutional scholars say, to ensure the country does not abandon its principles such as protection of the vulnerable. “The Charter is there to stop decisions that are entirely fear-based and speculative,” says Michael Bryant, chief executive officer of the Canadian Civil Liberties Association, and a former Ontario attorney-general. For instance, if a province attempted to quarantine Asian-Canadians or Asian visitors in the beginning stages, the move would have been vulnerable to a constitutional challenge, he said.

Q: How flexible is the Charter in taking a health emergency into account?

A: Section 1 can impose reasonable limits on fundamental freedoms. But it needs to justify those limits on the basis of evidence, if challenged in court. What’s reasonable depends on the context and situation, says University of Ottawa law professor Carissima Mathen. Also, Section 33, the notwithstanding clause, allows the government to opt out of fundamental freedoms. But the federal government has never invoked it.

Q: In what specific situations does the question of reasonable limits arise in the current emergency?

A: Bail hearings may be unavailable to accused persons, as most courts have closed many of their operations down, Mr. Bryant says. The Charter contains a right to timely bail, and federal law spells out how quickly such hearings need to be held. “In those circumstances I think they have to be released. They haven’t been convicted of a crime – there’s no legal authority to detain them.” He said he has been visiting jails and speaking to corrections officials and criminal defence lawyers to get a sense of what is happening to bail rights.

Q: What about Canadians who are symptomatic, and are now barred from entering Canada on an airplane, a decision of the federal government?

A: Section 6 of the Charter says, “Every citizen of Canada has the right to enter, remain in and leave Canada.” The notwithstanding clause doesn’t apply to this section, underlining the importance of the right. The Immigration and Refugee Protection Act also guarantees that same right not only to citizens but to permanent residents. The federal Quarantine Act contains measures that, on their face, are in conflict with the Charter and the IRPA, Mr. Bryant says. Thus, the CCLA has put the message out on social media for Canadians in this situation, or those trying to visit symptomatic Canadian relatives abroad, to contact them. “Right now it seems to be the area of constitutional vulnerability,” Mr. Bryant said. However, Prof. Mathen said, “there is at least an argument that if you’re actively showing symptoms of a highly contagious condition, any government probably has a reasonable basis for saying, ‘We cannot permit you to board an aircraft.’ ”

Q: What constitutional issues would there be with the emergency powers declared by Ontario Premier Doug Ford on Tuesday, such as limiting places of worship to gatherings of 50 people, or ordering restaurants closed?

A: If the worship limit were challenged in court, the government would likely have to show it’s a minimal intrusion on freedom of religion in the circumstances, Mr. Bryant said. On the closing of restaurants, Prof. Mathen said there is no right to earn money in the Charter, and no property rights, unlike in the U.S. Constitution. Only if the limits had the effect of starving people, she said, would they have a constitutional case under Section 7, the right to life, liberty and personal security.

Q: Can governments actually limit the right to life, liberty and security?

A: Only in accordance with the principles of fundamental justice, as Section 7 puts it. But no more than that, at least so far. Nothing the Supreme Court has ever found fundamentally unjust under Section 7 (such as a ban on medical assistance in dying) has ever been ruled a “reasonable” limit under Section 1. But the court has said that war, insurrection or disease could allow for such a possibility.

Q: What might the Charter (and the courts, if a challenge arrived) have to say about a citywide or even countrywide quarantine?

A: It would be seen as a sweeping move, and require a justification based on evidence of peril, perhaps including evidence that many people were not obeying social-distancing directives. “I’m not saying it would be impossible,” Prof. Mathen said. “I think the courts generally permit the government a fair bit of latitude to say, ‘In our judgment, this is the risk, and we need to be able to manage the risk.’ ” But it would be tricky.

Alberta declares state of emergency in response to COVID-19
March 17, 2020 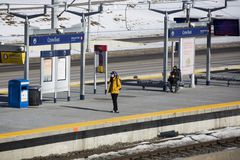 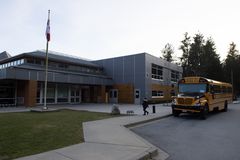