Marianne Zettel’s devout Catholic mother told her she could trust a priest if she was in trouble.

Ms. Zettel was in trouble. Starting at the age of 9, she’d been sexually abused by a member of her extended family. Feeling overwhelming shame about the abusive encounters, the girl turned to the church, joining altar service.

“I wanted to redeem myself with God," said Ms. Zettel, now 56. "I was so mixed up, guilt ridden and worried what God thought of me.”

During that time frame, two priests molested her, Ms. Zettel said. The abuse continued until she was 13 and left her with a painful question: Why would three adults do this to her?

CJI is one of nearly 450 restorative justice programs that dot the country, serving youth, adults, families, Indigenous populations and faith-based communities. The programs address various crimes and conflicts, violent and not. The goal is to prioritize victims' needs while holding perpetrators accountable for their actions. For some survivors, restorative justice offers a kind of relief they can’t otherwise get from the criminal justice system.

Ms. Zettel first became familiar with CJI’s programs when, in an attempt to mend the wounds, she, her family and the abusive relative sat down for a conversation with CJI staff in 2006. “I wanted the opportunity to tell him what he did to me and how it affected me,” Ms. Zettel said.

Although the emotional discussion didn’t yield all the answers she was looking for, it was a spark. Ms. Zettel, a former insurance-claims specialist, joined CJI to work with survivors and sexual offenders in a bid to better understand what happened to her and help prevent perpetrators from harming others again.

For Ms. Zettel, going straight into the eye of the storm pulled her out of her own trauma. Speaking to sexual abusers showed her how they become predatory, how they target their victims and why her own abuse was never her fault. “This was the most healing that I ever received in my life,” Ms. Zettel said.

Careful, mediated conversations between victims and abusers can help some survivors reframe the story, said Judah Oudshoorn, a restorative-justice practitioner in Ontario.

“Part of the power of abuse is that people who are victimized blame themselves,” Mr. Oudshoorn said. “They try to find an explanation for it because it’s senseless.”

Mr. Oudshoorn said restorative justice can be cathartic for survivors because it involves offenders acknowledging the damage they’ve done, which can lift a burden off victims. The process can also help offenders in ways that incarceration often does not, according to those in the field. Many people who perpetrate sexual violence have also experienced it themselves. Often, Mr. Oudshoorn said, they are ashamed for becoming like the abusers who inflicted pain on them in the past.

“They’re going to be back in our communities in other relationships with other people, so what are we going to do to help support them to be healthy?” Mr. Oudshoorn said. “We have to give people who’ve caused harm ways to heal themselves.”

At Kitchener’s CJI, Jennifer Beaudin co-ordinates the Revive program, which offers separate group sessions for victims, offenders and their intimate partners, as well as facilitated dialogue between abusers and survivors. Each year, Revive helps approximately 60 men who have sexually offended other adults or children, online or in person. Most offenders are sent to CJI through the legal system, although some join on their own.

In group sessions, the men speak about their lives, often riddled with violence and abuse, their shame, their triggers when they offend as well as coping skills. Sometimes, the men hold each other to account. Some complete a seven-week group program and others have been coming for 10 years – the organization sets no time limits to attend.

“We don’t treat them like monsters or as offenders, we treat them as human beings. Once you do that it’s amazing what people are willing to talk about and work on," Ms. Beaudin said. “We do this work because we don’t want any more victims."

The program co-ordinator sees Ms. Zettel as a unique force in a difficult arena because even though she’s experienced abuse, she remains empathetic. “She sees the humanity behind harm," Ms. Beaudin said.

In her own life, Ms. Zettel disclosed her account of the relative’s abuse to her family when she was 33, later reporting him to police, who did not press charges. Ms. Zettel reached a settlement with the church in 2015, although the two priests who abused her were dead.

Throughout her adult years, Ms. Zettel grew hyper vigilant; the abusive family member was never excommunicated, she said. “Every Christmas and family get-together I spent my whole time watching the kids and making sure nobody was in harm’s way," Ms. Zettel said, remembering her desperation. "How do I protect everybody from this guy?

Ms. Zettel’s late mother repeatedly asked her to forgive the abusive relative to fix the rift in the family, according to Ms. Zettel. The burden of it all made her anxious and depressed. “I could never satisfy her need to have our family restored,” she said. “But it was never my job. I just thought it was because I was the one making waves.”

Volunteering with offenders gives Ms. Zettel “vicarious restorative justice," Ms. Beaudin said. Although Ms. Zettel never heard what she needed to hear from her abusers, the men who attend sessions at CJI offer a window into what accountability can look like.

Today, Ms. Zettel has a clearer picture of the three predators who targeted her. “They can see vulnerability,” she said. “Children are easy targets to get affection from. They love unconditionally, until they’re taught otherwise.”

Little will change, Ms. Zettel said, unless offenders get professional help. “Everyone wants to put them on an island somewhere and leave them there. It doesn’t work at all,” she said. "We don’t help them learn what’s going on inside their heads – why they’re doing what they’re doing.”

Ms. Zettel’s husband and children support her heavy work. In her group sessions with sexual abusers, she said the men are grateful, if not totally stunned, that she’s there with them.

“They can’t believe that volunteers would come in and sit in a room with guys like them,” Ms. Zettel said. “Nobody else will.” 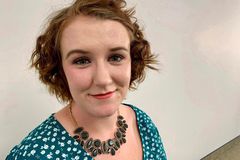 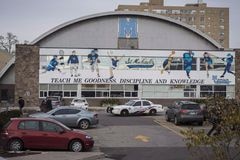 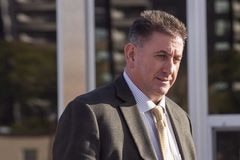