The first time John Duffy heard the word “pivot” outside of basketball was during the 2004 federal election campaign.

At the time, Mr. Duffy was working with David Herle, who was managing Paul Martin’s campaign against Stephen Harper. “Things were starting to go south for our campaign in late May, and it was getting worrisome,” says Mr. Duffy, a former senior federal and provincial Liberal strategist. He went to Mr. Herle to find a way to fight back against Mr. Harper’s messaging.

That was nearly 20 years ago. But now, it seems just about every company and industry blown off course by the pandemic is being exhorted on a near daily basis to do just that – to force the pivot.

Of all the words and phrases that will be indelibly linked to the pandemic, from “flatten the curve” to “second wave” to “social distancing,” none have come to define the massive social change of this era like “pivot.” It is, arguably, the defining word of the pandemic and the need for change it has forced upon us. To some people the word is insidious, suggesting a simple action – turning upon a fixed axis – when what is required amidst world-altering chaos is so much more difficult and complex. To others it’s a mere nuisance, an insult to those people struggling to survive. Whatever you make of it, the word is one that will define our lives and the challenges we face long after the pandemic is over, Mr. Duffy says.

“It’s a weasel word,” says Darin Flynn, a linguist at the University of Calgary. “It presupposes simplicity.”

Unlike “change” or “adapt,” which are vague, “pivot” is appealingly concrete – the way “spill the beans” is more concrete, and thus more evocative, than “gossip,” Prof. Flynn says.

The combination of the simplicity it presupposes and the tangibility of the concept explains why the word has been so popular in politics and business long before the pandemic, Prof. Flynn says.

“‘Pivot’ implies that the core centre will be the same and you’ve just shifted,” he says. Thus politicians who pivot can appear true to their selves and avoid the tarnish that would come to their reputations from “flip-flopping.” Businesses that pivot can simply appear to turn away from failed ventures without those failures defining the entire enterprise, Prof. Flynn says.

But saying you’re going to pivot – or barking at someone to do so, like Ross Geller trying to move a couch up a stairwell in the now-famous episode of Friends – doesn’t make the task at hand any easier.

And this, ultimately, is why it’s a weasel word, Prof. Flynn says. It puts the onus for change on the person or organization without offering any guidance on what that might entail.

“That’s the part that’s always left out – pivot to what?” he says.

No wonder so many people who have been told they need to pivot during the pandemic find the term so grating.

“I have seen thousands and thousands of businesses having to make pretty dramatic changes to their business models in a giant hurry,” says Dan Kelly, president and CEO of the Canadian Federation of Independent Business. “For many business owners, their eyes roll when people that are not in their world just lecture them about the fact that, ‘Well, you’ve just got to change your business model on a dime with no money. Just pivot and you’re good.’”

Whatever its shortcomings, there is no denying the word’s popularity. It has appeared in more than 1,200 articles in this newspaper, or roughly 2.5 times every day, since the World Health Organization declared a pandemic in March 2020. (It appeared in 760 articles in the same time frame prior to the pandemic). It has been used to describe everything from financial markets adjusting to the pandemic to people adopting new careers to entrepreneurs forced to find new ways to pay the bills.

Like it or not, we now live in the age of pivot, and it will continue to define our lives long after the pandemic, Mr. Duffy says.

“The core idea of a high-speed adaptive response where you’re holding on to what you’ve got, but you’ve got to totally change your stance, is now a commonplace phenomena. And I think that’s what’s driving the trendiness, the uptake of the word pivot.”

With pools closed during COVID-19 lockdowns, many swimmers took to the open water instead
August 15, 2021 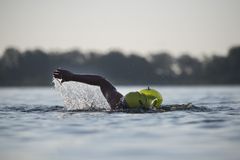 Will the architecture of Parliament Hill be bland or bold?
August 10, 2021 From the profound to the profane, the Quarantine Hotline captures pandemic thoughts that are rarely spoken aloud
July 18, 2021 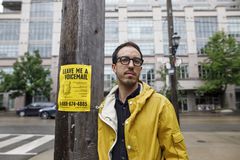