Let’s say it’s 2029, and your new smartphone has detected a pattern in the use of your Starbucks app. Every time you have a meeting with your boss, you immediately stress-drink a Venti extra sweet, double-shot caramel macchiato with whipped cream. The phone might just start preordering that drink for you (and paying for it with your credit card) after every meeting with your boss in your calendar.

Some might find this prospect thrilling, and others might find it kind of creepy: a smartphone powered by advances in technology that make it capable not only of storing and presenting information, but using it intuitively to make decisions on behalf of its owner.

Experts agree it’s tough to predict exactly what the smartphone of 2029 will be like. The market will decide the fate of innovations such as folding screens. However, predictions from people who work in the tech sector, academics and industry observers’ coalesce around advances in artificial intelligence.

This could lead to more convenience, but at the cost of independence and privacy. What kind of future will come from such anticipatory ability?

“I don’t think there is one future,” said Genevieve Bell, a cultural anthropologist, technologist and futurist at the Australian National University. “I think there will be many.”

For R. David Edelman – a former special assistant to U.S. president Barack Obama who now works for the Massachusetts Institute of Technology – a smartphone with enhanced AI could have dystopian state-control possibilities. He worries that phones already allow pervasive surveillance. In the future, they could be used to impose pariah status on individuals by being required to tattle if their sensors detect users associating with people the state says they should avoid.

“All of the groundwork is there for that to become a reality,” he said.

China is already monitoring its citizens’ behaviour – including online activity – to devise what it calls a “social credit score,” in which people gain or lose points for such conduct as impaired driving, paying fines late or posting fake news on social media. People with reduced scores, reports say, could be blocked from buying plane or train tickets, or public transit.

Edelman says future smartphones might enable a variation: Individuals might have social scores and lose points if they interact with unpopular or dissident individuals. It would isolate the dissidents without imprisoning them. The idea is not far-fetched, he says. “All of the groundwork is there for that to become a reality. The question is whether populations are docile enough to permit that form of political enslavement.”

In a less pessimistic view, smartphones with enhanced sensors, bigger memories and quicker processing abilities could use data that their users input to relieve them of mundane decisions.

For example, cellphones now use mapping apps and the information in the calendars to ask whether the owners need directions to destinations. What if Siri was smart enough in 2019 to see “get milk” on a task list and use the internet, transit and map apps to suggest the quickest, cheapest way to pick up milk on the way home.

“They will keep suggesting things to you, and persuading you of things, and anticipating things,” says Jim Balsillie, the former co-chief-executive at Research in Motion, maker of the Blackberry. “[The phone] says, ‘I know where you are. I know your schedule and where you are going, and, by the way, here’s a couple of things on the way that I think you’ll like.’“

In a sense, the smartphones will reflect their owners, acting on their desires, calculating their present needs based on past conduct.

It’s easy to see how this could enable bad behaviour, such as consuming an expensive, high-calorie coffee at stressful moments without having to decide to do it.

Or, on the other end, a smarter smartphone could nag you about your eating because it has deduced from your food logging, calorie counting and smartwatch data that you’re on a diet. Or you might be with friends at a bar and it will chime in right after you’ve told a witty joke that this is the best possible moment to get your clothes from the robotic dry cleaner.

But Mike Kuniavsky, a principal scientist at the Palo Alto Research Center on information technology, says AI in phones could be used in a more productive, task-oriented way.

Multiple sensors and software could indicate the owner’s child is drawing a dinosaur on the screen. The smartphone, he said, might offer advice: “Let me guide you through some methods to draw a dinosaur. You draw some circles where the joints are.”

For those who fear this goes too far, Kathryn Hume, vice-president at integrate.ai, a Toronto artificial-intelligence startup, offers some solace. While she doubts AI technology will advance enough in a decade to be truly anticipatory, she is confident people will remain in charge.

“Our goals, I presume, will be to use this technology to live the richest life possible,” she said.

But today, the devices have been criticized for tilting the work-life balance, diminishing people’s memory and distracting parents from their children.

“I would imagine that if smartphones became smarter, they might become even more addictive,” says Jean Twenge, a San Diego State University psychological professor who has written about the impact of smartphones on young people who grew up with them.

“They might tell you to walk faster or not to eat salty food, but I bet they’re not going to tell you to put them down, which might be the best advice,” she said.

Vilsack: Smart phones could be answer in debate over labeling of genetically modified foods
April 14, 2015
Ontario offers low-tech 'life hack' to get drivers to ignore their smart phones
July 20, 2016
‘Leave your smart phones in the freezer!’ and other wedding-day advice
April 30, 2015 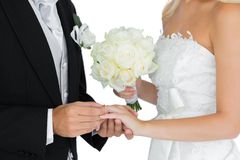