The chief financial officer of global telecom giant Huawei is proposing she trade her prison cell for a GPS tracking device and a private 24/7 security detail that will ensure she doesn’t leave Vancouver and its suburbs while awaiting an extradition hearing on U.S. fraud charges.

Meng Wanzhou’s lawyers laid out this proposal as a guarantee against her fleeing back to China during a bail hearing in Vancouver on Monday, but the B.C. Supreme Court judge took issue with her husband being appointed her custodian because he is not legally a resident of the province and flew into Canada only last week on a tourist visa that expires in six months.

Ms. Meng’s application for bail has taken two court days so far. She has been held at the Alouette Correctional Centre for Women since her arrest at Vancouver International Airport on Dec. 1. The United States has 60 days from that date to issue its formal extradition request for Ms. Meng.

Her detention sent shock waves throughout China and prompted Beijing to threaten “serious consequences” if Ottawa does not immediately release her. The U.S. government is alleging she committed fraud in 2013, when she misled American financial institutions about her company’s links to a Hong Kong firm doing business in Iran, opening the banks to risk of violating U.S. sanctions. None of the allegations against Ms. Meng have been proven in court. The bail hearing is expected to conclude on Tuesday.

On Monday morning, Ms. Meng’s lawyers quizzed the heads of local corporate security firm Lionsgate Risk Management Group and an Ontario-based GPS monitoring company about a bail scenario where she would be driven everywhere by a security professional and wear an ankle bracelet that would send an alert if she left the zone of Vancouver, Richmond and the North Shore. Ms. Meng would also give Lionsgate a weekly itinerary of her activities and either of the two people watching her could stop her at any time from going places they deemed unsafe or that would present an opportunity for her to flee, the firm’s CEO Scot Filer told the court. She plans to live in a $5.6-million home in Vancouver’s Dunbar neighbourhood that was purchased in her husband’s name a decade ago.

On Monday morning, two Lionsgate guards stopped a Globe reporter from knocking on the door of the home.

Crown counsel John Gibb-Carsley countered that if Ms. Meng is given bail, she should remain on 24/7 house arrest because that is common in most bail conditions and the head of the security firm and the GPS tracking company could not guarantee their plan would be infallible. He told court that while Ms. Meng awaits extradition, she should remain in a Canadian prison because she is an extreme flight risk with “access to vast resources and connections." He has also noted that her father, the founder of Huawei, has a fortune estimated at US$3.2-billion.

Ms. Meng’s legal team is arguing her extensive ties to Vancouver mean she is not a risk to flee to China, and doing so would bring unbearable shame to herself, her company and her family.

Mr. Gibb-Carsley said Ms. Meng’s own affidavit stated that she visited Vancouver only two to three weeks every summer and that none of the several people who offered signed character references lived in Canada.

“I respectfully submit that this underscores the lack of meaningful connection and heightens the risk given Ms. Meng’s ordinary settled routine of life is in China – a country without an extradition treaty with the United States or Canada,” he told the court.

Justice William Ehrcke said he would reserve his judgment on bail while both sides did more research on how her husband Xiaozong Liu’s visitor status affected his ability to act as her legal custodian while on bail. Mr. Liu refused to answer questions outside the courtroom on Monday.

Mr. Gibb-Carsley also said Ms. Meng has a pattern of avoiding travel to the United States since a grand jury issued a subpoena to Huawei’s subsidiaries last year. The United States has stated she used to frequently visit the country and that one of her sons attends boarding school in Massachusetts.

At the end of the morning session, Justice Ehrcke questioned Ms. Meng’s legal team about this allegation.

David Martin, lead counsel for Ms. Meng, called the government’s allegation baseless, noting her work takes her all over the world and accounts for her having filled out seven active passports from China and Hong Kong.

“I’d like to go to New York or L.A. as much as anybody, but it’s not necessary for people to travel there,” he said.

Initially, China faulted both Canada and the United States for the arrest of Ms. Meng, the daughter of Huawei founder Ren Zhengfei, a former army engineer who built his company into China’s largest private enterprise.

Mr. Martin said his client would also put up a $1-million cash surety as well as her two Vancouver homes, which are worth about $14-million.

With reports from Nathan VanderKlippe in Beijing and The Canadian Press

Opinion
Canada is caught in the middle of a China-U.S. tech war
December 10, 2018 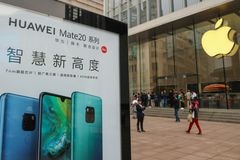 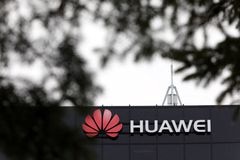 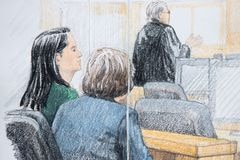 Follow Mike Hager and Andrea Woo,  on Twitter @MikePHager @andreawoo
Report an error Editorial code of conduct
Due to technical reasons, we have temporarily removed commenting from our articles. We hope to have this fixed soon. Thank you for your patience. If you are looking to give feedback on our new site, please send it along to feedback@globeandmail.com. If you want to write a letter to the editor, please forward to letters@globeandmail.com.
Comments