For two years, Kimberly Plomp criss-crossed Britain and northern Europe, visiting museums, medieval churches and university collections looking for the skulls of individuals who lived in that part of the world some 15 centuries ago. Equipped with a camera and turntable, she photographed 224 skulls from every possible angle, then used the thousands of images to digitally reconstruct and compare their three dimensional shapes.

Now, after two additional years of analysis, the results have shed light on a question that is steeped in legend: Exactly how did the people who would eventually be called Anglo-Saxons arise?

Can China’s archeologists redefine what it means to be Chinese?

Early histories describe the arrival of Germanic tribes starting in 449 AD as a brutal invasion that wiped out the Celtic people who inhabited central and eastern England before and during Roman times.

But the skulls tell a different story – one that involves a blending of people rather than a wholesale replacement of one population with an other.

“What they are showing ... is that Anglo-Saxon identity is based on a shared culture and language rather than on genetics,” said Dr. Plomp, an archaeologist and postdoctoral researcher at Simon Fraser University in Burnaby, B.C.

The assessment relies on a set of measurements taken near the base of each skull that tends to differ depending on ancestry. The differences are too subtle to pick out by eye, but a computer can use them to show how the skulls cluster according to their common features.

In the analysis, more than two-thirds of the skulls that date back to the early Anglo-Saxon period show a strong similarity to skulls from the European continent. The remainder appear to be more closely related to a local resident population that was already established in Britain. By the middle Anglo-Saxon period – roughly 660 to 900 AD – more than half of the skulls fall into the local category.

That could be because migration to England was tapering off by then or because intermarriage among groups with different backgrounds was increasing – or both.

“The change that we seem to be picking up in terms of the ancestry of these people indicates that it’s a very dynamic situation ... remarkably like England has been over the last few decades,” said Mark Collard, a professor in human evolutionary studies at Simon Fraser and a co-author on the study, published Wednesday in the journal PLOS One.

The work complements genetic and other studies that suggest Anglo-Saxon identity was something individuals of diverse backgrounds took on. By the mid-800s, the idea of an Anglo-Saxon realm unified under a single monarch had become a reality that would survive until the Norman conquest two centuries later.

Dr. Plomp said the research is part of a larger effort to illuminate the makeup of early medieval societies in Europe, including Iceland and Greenland, by using the analysis of skull shapes.

Mirjana Roksandic, an anthropologist at the University of Winnipeg who was not involved in the study, said the method has proved to be a powerful one when many specimens are available to measure, because their numbers can overcome random variations among individuals and reveal larger population trends. 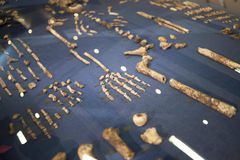 The decolonization game: An ancient sport puts Mexicans in touch with their Indigenous past
January 16, 2019 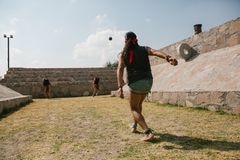 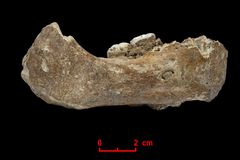