The husband of one of the victims who died when a Ukrainian jetliner was shot down by the Iranian military last month wants the people he says are responsible for his wife’s death to be charged and tried at the International Criminal Court.

Hassan Shadkhoo has been barely able to sleep since his wife, Sheyda, was killed along with 175 others when her plane crashed minutes after take off from Tehran on Jan. 8. Several days later, Iran admitted its military mistook the passenger jet for hostile aircraft amid tensions with the United States.

Sheyda Shadkhoo was 41 when she died, returning to Canada after visiting her mother in Iran. She worked as a chemist at a firm in Markham, Ont., that tests products to ensure they meet government standards.

Hassan Shadkhoo spent two weeks in Iran after the crash, where he buried his wife next to her father at her family’s request. He was already at the airport in Istanbul when Prime Minister Justin Trudeau said Canada had intelligence the plane was brought down by a missile.

Shadkhoo began sobbing as he heard and immediately said it was not an accident, something he still believes today.

He said he had no nerves flying in and out of the same airport because dying was not one of his concerns.

“At this point I have nothing to lose,” he said in an interview with The Canadian Press, shortly after he returned to Canada.

He does have a lot of questions and a lot of anger.

He said he wants it made clear he is speaking out on his own behalf, not “for my beloved Sheyda” or her family, who live in Iran.

He also wants it made clear who he blames for what happened.

Shadkhoo said the Iranian regime may be criminal, but he fully believes the U.S. should bear responsibility for the events leading up to the crash.

The plane was shot down hours after Iran fired missiles at an Iraqi military base hosting American soldiers, in retaliation for the U.S.’s decision to kill top Iranian general Qassem Soleimani on Jan. 3.

“Iran was put in a bad position,” he said.

Shadkhoo said the Canadian government and the Italian embassy in Tehran were very helpful and supportive while he was in Iran. Canada hasn’t had a diplomatic presence in Iran since 2012, and the Italians help Canada provide consular assistance to Canadians there when needed.

But now he wants Trudeau to condemn the crash as an act of terrorism and vow to prosecute those responsible at the International Criminal Court, even if, as he believes, the responsibility lies with the United States.

“Will the prime minister of Canada vow to do this no matter who the perpetrators are,” he said.

Shadkhoo said he is not looking for Iran to be prosecuted, rather the Americans.

The Ukraine International Airlines flight 752 was en route from Tehran to Kyiv, with 57 Canadian citizens on board, along with 82 Iranians, 11 Ukrainians and others from the United Kingdom, Sweden and Afghanistan. In all 138 of the passengers were eventually headed to Toronto, many of them students and professors returning following the school break.

Canada has been invited by Iran to participate to some extent in the investigation, which thus far is moving very slowly.

On Wednesday, Foreign Affairs Minister Francois-Philippe Champagne said Canada has asked for help from the International Civil Aviation Organization, a UN body based in Montreal, to pressure Iran to give up the black boxes.

The flight data and cockpit voice recorders were damaged in the explosion and Iran doesn’t have the technology needed to get at the valuable data. France does and has offered to help but Iran hasn’t yet done anything about that.

The investigation hit a snag this week when a recording between a pilot and the air traffic control tower at the Tehran airport was leaked to Ukrainian media. The recording clearly has a pilot of another plane that was about to land reporting seeing a missile explosion nearby.

As a result of the leaked information, Iran ended co-operation with Ukraine on the investigation.

‘My heart is going to bleed,’ says man who lost daughter, granddaughter in plane crash
January 26, 2020 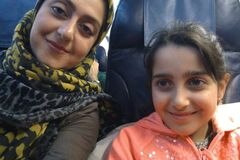 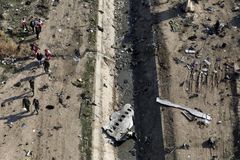 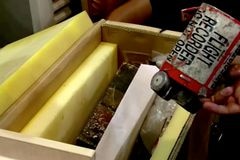