A disciplinary hearing involving a Black judge could shape the role of judges in a diverse society for years to come.

It could also spell the end of the judicial career of a judge who went the extra mile – and then some – to help the Black community.

Ontario Provincial Court Justice Donald McLeod grew up in public housing in Toronto, one of two children of a single mother. Determined to give back – to mentor others, as he was mentored – he took the unprecedented step for a judge of starting a national Black advocacy group, the Federation of Black Canadians. He also made himself available to talk to young people in need of guidance.

Now the Ontario Judicial Council has charged him with misconduct for exceeding what it says are the permissible bounds of political activity for judges.

The judge’s legal team, which includes leading lawyers such as Sheila Block and Frank Addario, has attempted to place his personal story at the heart of the matter. From the time he was 10, he wanted to be a lawyer. Raised in poverty, he paid little attention in school. But at 17, on a school trip to a courtroom, he met a white lawyer, Larry Lowenstein, who brought him to a Bay Street firm, Osler, Hoskin & Harcourt. He got a job in the firm’s mailroom and became determined to succeed in law.

Everything he has done since arose from his need to contribute to others, he told the four-member, all-white disciplinary panel in Toronto holding a 17-day, webcast public hearing on his charges. “Growing up in that environment made me realize how important it was to value people that sometimes the rest of society doesn’t see as valued at all.”

As a lawyer he founded Black Robes to mentor young Black lawyers. Even as a judge, he told the hearing, he would take calls from lawyers who needed urgent advice on their first criminal case.

“I don’t have the luxury of just being a judge,” he told the disciplinary panel this week, describing the challenge facing judges on an increasingly diverse bench who feel a responsibility to help their community (although Black judges are still relatively few). “It’s difficult to just be Black and be a judge. We don’t have that luxury. There’s not enough of us.”

Making matters worse for Justice McLeod, it is his second disciplinary hearing. At the first one, in 2018, he was found to have improperly entered what the panel described as the political “fray,” through his activities with the federation (such as lobbying politicians including Prime Minister Justin Trudeau on housing, corrections and other issues); but he wasn’t punished when the council ruled his impartiality had not been affected.

But this time he is charged not only with engaging in political advocacy, but perjuring himself at the first hearing, and failing to disengage from the group he started, despite saying he had done so. He is also charged with improperly influencing two young people during a phone call about a seemingly racist incident they had experienced (along with the judge) on Parliament Hill. Essentially, the charge is that he urged them not to talk to the media, and that was inappropriate.

The perjury charge is that he participated in discussions with then immigration minister Ahmed Hussen about a Somali refugee facing deportation. Justice McLeod told the first hearing he did not engage in such a discussion. And he continued at the second hearing to deny that he had done so. (Mr. Hussen, citing Parliamentary privilege, declined to testify at the hearing when asked.) As for his conversation with the two young people, Justice McLeod said he was only making suggestions in the spirit of mentorship, meant to guide them through a nervous time. He also denies that he continued to engage in political advocacy.

Two years ago, journalist and activist Desmond Cole published e-mails on his blog that he had obtained that appeared to suggest Justice McLeod had gone to bat for the refugee. Mr. Cole’s involvement as catalyst for the hearing (the person who made the complaint is not named in an agreed statement of facts) sheds light on how the judge’s extracurricular conduct, and the federation itself, is not universally embraced in Black communities.

“The total lack of representation [in the federation] from Canada’s Black Lives Matter chapters, who are doing some of the most important and celebrated advocacy in the country, seems too much of an oversight to be an accident,” Mr. Cole, who is Black, wrote on his blog in 2018.

There are no firm rules about extracurriculars for judges, only broad guidelines. That leaves disciplinary bodies, which are run by judges, on shifting ground, as norms around judicial conduct evolve.

Guidelines for Provincial Court judges in Ontario suggest they do not undertake partisan political activity. Judges are, however, “encouraged to be involved in community activities,” in the guidelines.

Lawyer Brian Gover said the issue is always whether a judge can still be seen to be an impartial and unbiased adjudicator.

“I think there’s an understanding that we’re better off if judges have some degree of engagement in the community,” he said in an interview. But “engaging in advocacy as a judge is generally problematic.”

Justice McLeod is not the only judge to find himself in trouble for attempting to serve the community. At the federal level, Ontario Superior Court Justice Patrick Smith was publicly rebuked in 2018 for taking an unpaid, temporary position as dean of law at a struggling Northern Ontario school – even though he had his chief justice’s permission. (The Federal Court later fully exonerated the judge.)

Presenting the case against Justice McLeod is Guy Pratte, a lawyer with deep roots in the Canadian establishment – his father was a judge on the Supreme Court of Canada, and his brother was a member of the Canadian Senate. In exceedingly polite, yet highly barbed exchanges, he has taken Justice McLeod through the e-mails published by Mr. Cole and other documents.

The panel, which is headed by Justice Janet Simmons of the Ontario Court of Appeal, could reprimand Justice McLeod if it finds against him, suspend him with or without pay, or even recommend his dismissal.

Appointed to the bench in 2013, and currently suspended with pay from his $290,000-plus job, the father of one son has already paid a steep price for the charges against him.

“Every minute of every day for three years I have had to endure,” he told the hearing.

He acknowledged having regrets. If he were now to mentor his younger self, he would advise him: “Just let someone else do it.”

The hearing is scheduled to end in mid-March with final submissions from Mr. Pratte and Justice McLeod’s lawyers. 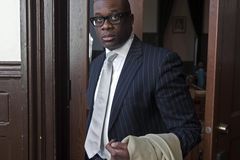 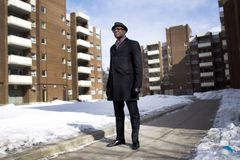 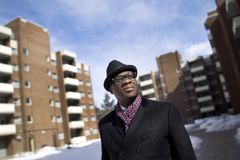