Cuts to legal-aid funding imposed by the Doug Ford government in Ontario will lead to delays and other disruptions of refugee hearings, says the tribunal that adjudicates asylum claims in Canada.

The Immigration and Refugee Board (IRB) has issued a notice saying the 30-per-cent cut in funding announced in April to Legal Aid Ontario will affect the board’s operations due to an expected rise in the number of refugee claimants who don’t have lawyers.

“The IRB expects these impacts will include longer hearings, more postponements and adjournments and more missed deadlines on the part of unrepresented individuals,” the notice states.

The Ontario Progressive Conservative government announced the funding reduction as part of a series of cost-cutting measures in its spring budget. The legal-aid cuts included an elimination of funding for refugee- and immigration-law services.

Refugee lawyers have denounced the move, calling it a “horrific” reduction in services that will hurt an already vulnerable population.

Maureen Silcoff, president of the Canadian Association of Refugee Lawyers and former member of the IRB, said upwards of 70 per cent of refugee claimants in Ontario use legal aid to help with their asylum requests. This means the impacts will be widely felt – and not just by the refugees themselves.

Hearings that once took two to three hours will take twice as long, she estimates. Also, refugees are likely to be unsure of what evidence to provide and which arguments to present, which could, in turn, place IRB members in the difficult position of making refugee decisions with limited information, Silcoff added.

“The cost of wrong decisions is just too high. No one wants to be responsible for making a decision that put someone on a course of deportation back to facing harm.”

The IRB says it will not be able to fully mitigate the effects of the cuts but the agency is taking steps to help unrepresented migrants understand Canada’s refugee-determination processes.

These steps include being more flexible with timelines for certain cases; increasing the number of orientation sessions in Toronto to help refugee claimants prepare for their hearings; as well as expanding information available online and by telephone to asylum-seekers in Canada.

“The IRB will continue to monitor the impacts of these changes to (Legal Aid Ontario) funding. It is sensitive to the unforeseen challenges facing unrepresented individuals and wishes to reassure those impacted that the board is prepared to take further action as required to ensure fair proceedings,” the board’s notice says.

The Immigration and Refugee Board has already been coping with significant case backlogs, thanks to an influx of refugee claimants to Canada over the last two years.

In a report earlier this year, federal auditor general Sylvain Ricard found Canada’s refugee system is not able to respond quickly to surges in asylum claims, which has led to a two-year backlog of claims.

The federal Liberals have been eager to criticize the Ontario Tories since Doug Ford became premier a year ago.

A spokesperson for federal Justice Minister David Lametti’s office said he is “deeply disappointed” with the Ford government’s sweeping cuts – reductions that “will only punish those who are seeking safety in Canada.”

The provincial government says services for immigrants and refugees are federal responsibilities that the province “can no longer afford to subsidize.”

A spokesman for Ontario’s attorney general Doug Downey said funding Ontario has been receiving to provide legal-aid services has been unpredictable and has not kept pace with demand.

That’s why Ontario is calling on Ottawa to pony up more money for refugee legal aid.

“We are simply asking the federal government to do what’s right, and commit to providing newcomers with appropriate and stable funding for immigration and refugee legal-aid services,” said Downey’s spokesman, Brian Gray.

Lametti’s press secretary Rachel Rappaport noted the department has increased federal spending on immigration and legal-aid services, including a $27.7-million commitment in this year’s federal budget, and a further $28.2 million committed in 2020 and 2021.

But the Canadian Refugee Lawyers Association wants Ottawa to step in and fill the gap created by the Ontario legal aid cuts, if only temporarily.

Silcoff pointed to the $1.2 billion over five years Ottawa has committed to immigration in its 2019 federal budget, a portion of which is aimed at speeding up the processing of asylum claims. This spending could be undone if something is not done soon to address this issue, she said.

“There’s an easy solution. All the federal government has to do is offer $15 million and the system would operate just as it had before ... to be pro-active to ensure that the historic investment that has been made in refugee processing works well.” 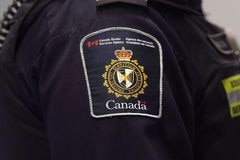 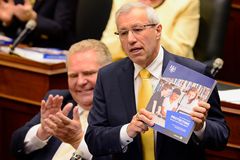 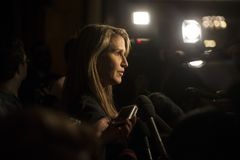