A third dose of a COVID-19 vaccine could be a significant step toward normal life for Blythe McKay.

The Ottawa resident took a leave from work and stopped travelling with her husband in June, when a Crohn’s disease flareup forced her to increase her medication and enlist for bowel surgery. The drugs weaken her immune system and make her more vulnerable to COVID-19.

So when she read that a third dose of an mRNA vaccine could help protect immunocompromised people like herself against the coronavirus, she became hopeful that health officials would authorize the third jab.

“Being allowed a third dose … that would be peace of mind,” she said. “One of my concerns is how wide or narrow the net for immunocompromised people that would qualify for a booster will be, what will the decision be based on?”

Ms. McKay is one of an estimated one million Canadians with weakened immune systems. Many of them, like her, are waiting to see if health officials here follow the lead of counterparts in other countries and allow an extra shot for those most vulnerable to the coronavirus, as Canada enters a fourth wave.

Last Thursday, the U.S. Food and Drug Administration authorized third doses of Pfizer-BioNtech and Moderna vaccines for Americans who underwent solid organ transplants and others with similarly compromised immune systems. The next day, a U.S. Centers for Disease Control and Prevention panel unanimously recommended the use of third doses for a similar demographic, this time including people with advanced or untreated HIV infection, those who have undergone certain types of stem cell transplants within the past two years, and those receiving certain kinds of chemotherapy.

On Monday, the New York Times reported that the Biden administration would start offering third shots to most Americans, starting as early as mid- to late September, to provide additional protection against the delta variant.

Elsewhere, Germany and France authorized booster shots for the elderly and vulnerable this month, and last Friday Israel began offering a third dose of coronavirus vaccines to all residents over 50.

To protect our kids from COVID-19, we have to be grown-ups

Health officials in Canada, meanwhile, have yet to authorize a third dose for the immunocompromised. Anne Génier, senior media relations adviser for Health Canada and the Public Health Agency of Canada, said the National Advisory Committee on Immunization, or NACI, continues to closely monitor evidence on the potential need or benefit of a third dose in immunosuppressed people, but say they’re waiting for more data before authorizing it.

Dr. Kumar was part of a research team at the University of Toronto’s University Health Network that published a study showing that a third dose of Moderna’s COVID-19 vaccine helps protect kidney transplant patients with weakened immune systems against the coronavirus.

More than half of the 120 participants in the randomized placebo-controlled study who received a third shot of the mRNA vaccine saw their concentration of antibodies reach above 100 units per millilitre, which previous modelling shows is enough to offer substantial protection against the coronavirus. Dr. Kumar believes those results could be replicable with Pfizer-BioNTech doses, and also in other immunocompromised groups.

“Our study opens the door to looking at immune responses in cancer populations and [people with] autoimmune diseases,” she said. “I think you can extrapolate on some level and say a third dose can help, say, someone with blood cancer or a bone marrow transplant, for example.”

The participants in the study did not have COVID-19, so while the findings show an increase in antibody levels, it does not necessarily show whether a third dose helps transplant patients combat the virus. Dr. Kumar said the next step to getting third doses approved in Canada is to learn more about how they might protect against disease in coronavirus patients, and also in several other immunocompromised groups.

Gilaad Kaplan, a gastroenterologist and co-chair of the Crohn’s and Colitis Canada’s COVID-19 and inflammatory bowel disease task force, agrees with Dr. Kumar that there is still much to know about who might benefit from a third dose.

“Immunocompromised is a big term involving many groups of people” he said, before adding that even the immune system strength of two people with the same condition, such as Crohn’s disease or colitis, can vary significantly based on treatment. Until more data become available, he said, policy makers must weigh the desire to accurately define who needs a dose against the possibility of being too slow to provide protection.

In Canada, provinces could authorize third doses independently from the federal government, but many, including Quebec, Ontario and Alberta, say they are waiting for more guidance from health experts before allowing them. Quebec’s Health Department made extra shots of mRNA vaccines available in July to residents who had received a mix of COVID-19 vaccines, because some countries did not recognize them as being fully immunized.

Having a weakened immune system, however, does not yet qualify Quebeckers for a third dose. Health Department spokesman Robert Maranda said the provincial government is waiting for more guidance from public-health officials before making a decision. Until then, he said, “all options are on the table.”

“In recent days we’ve seen promising evidence of the effectiveness of a third dose ‘booster’ shot of the COVID-19 vaccine for certain populations,” he said, in reference to Dr. Kumar’s study.

On Tuesday, the Ontario government said transplant recipients, patients with certain cancers and those living in long-term care facilities or retirement homes will be offered a third COVID-19 vaccines starting as early as this week.

Alberta Health expects to make a decision on third doses, and for whom, by September, said senior communications adviser Lisa Glover. For now, she said, they are paying attention to the emerging evidence that people with weaker immune systems may benefit from a third vaccine, and are awaiting recommendations from the NACI.

If third doses do become available, some Canadians wonder if it might be ethical to accept them, as several countries around the world still have fewer than 1 per cent of their residents vaccinated. Health Canada reported on Aug. 11 that 22 million doses delivered to Canada have not yet been used. The backlog is in part owing to a slowing of vaccination rates, which declined from 500,000 a day in July to 150,000 daily in the first week of August.

Mohammad Mousa, a 28-year-old Ottawa native who has been on immunosuppressant medication for ulcerative colitis for seven years, has mixed feelings about receiving a third dose, if it becomes available to him.

On one hand, an immunity boost would make him feel safer when visiting his mother, who is also immunocompromised. On the other, the idea of being vaccinated a third time when people in some areas of the world still have no access to vaccines, he said, does not sit well with him.

“It would make me feel really weird that I had a third and there are people around the world that haven’t received a first, it’s a double-edged sword,” he said. “But I won’t lie, having that dose would give me comfort. ... Pretty sure I would take it.” 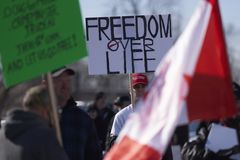 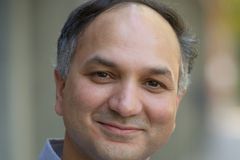 Opinion
Here are the issues that should be debated this federal election, but probably won’t
Subscriber content
August 13, 2021
Follow us on Twitter @globeandmail Opens in a new window
Report an error Editorial code of conduct
Due to technical reasons, we have temporarily removed commenting from our articles. We hope to have this fixed soon. Thank you for your patience. If you are looking to give feedback on our new site, please send it along to feedback@globeandmail.com. If you want to write a letter to the editor, please forward to letters@globeandmail.com.
Comments