For the first time in Canada, a police officer has been convicted and sentenced to jail time for failing to provide medical help to a person in their custody.

London police Constable Nicholas Doering was sentenced Monday to 12 months in jail, after a rare conviction in November of criminal negligence causing death and failing to provide the necessaries of life in the death of Debralee Chrisjohn.

Ms. Chrisjohn, a member of the Oneida Nation of the Thames, died in police custody of a heart attack brought on by methamphetamine use – a medical emergency that was dismissed by Constable Doering, her arresting officer, as her just being “high.”

“This case calls for a sentence of real jail,” Ontario Superior Court Justice Renee Pomerance said in her decision Monday, which was delivered virtually over YouTube. “Nothing short of that can reflect the gravity of the offences in this case. … It must reinforce the societal values that were breached: the sanctity of human life, the right of all persons to a minimum standard of care and the duty of police to treat all persons in their custody with respect and humanity.”

The sentencing comes against a backdrop of increased scrutiny on police and their treatment of Black, Indigenous and other racialized people in Canada. And while Justice Pomerance said there was no evidence to suggest Ms. Chrisjohn’s Indigenous identity was a factor in the commission of the offences, she also stressed it is a factor that must be acknowledged.

“The death of an Indigenous woman in police custody has an impact beyond the parties in court. ... Ms. Chrisjohn died in police custody because she was not provided with the basic level of care. This has the potential to reinforce the belief amongst Indigenous peoples that police are not their protectors, but rather, persons to be protected from.”

Her death happened on Sept. 7, 2016, when London police received several 911 calls about a woman who’d been spotted running into traffic and attempting to climb into a moving van. When Constable Doering arrived at the scene, he discovered there was an Ontario Provincial Police warrant for the arrest of Ms. Chrisjohn for breaching a condition of a previous release from custody.

Constable Doering detained her and arranged to transport her to the OPP’s Elgin detachment. He told officers there that she had been medically cleared, which was not true and over the next 45 minutes, Ms. Chrisjohn’s condition deteriorated in the back of Constable Doering’s car. As he later testified, he said she just needed to “ride out the high.”

When they arrived at the Elgin detachment, around 7:11 p.m., video shows officers dragging Ms. Chrisjohn’s limp body to the cell area. Even then, officers dismissed her as simply being unco-operative. It was only when Ms. Chrisjohn was lying unconscious in her cell, around 7:28 p.m., that the OPP finally called in a medical emergency.

Ms. Chrisjohn died later that night. She was a mother of 11 and grandmother of three.

“She was battling the disease of addiction at the time of her death. However, that does not define who she was or how she will be remembered," Justice Pomerance said Wednesday, citing victim impact statements in the case that reflected “her sense of humour, her generosity, her commitment to helping those around her and her fervent wish to be there for her children.”

Justice Pomerance stressed that by all accounts, Constable Doering – who has since been diagnosed with post-traumatic stress disorder – had been a well-respected officer. But when a police officer is convicted of a crime, she said “the sentence must reflect the special role and authority of police in society.”

In her initial ruling in the case, Justice Pomerance had stressed the dangers of stereotyping by law enforcement. Constable Doering, she said, “viewed everything, including signs of medical distress, as nothing more than the stereotypical conduct of a drug user.”

In a statement released through their lawyer Wednesday, Ms. Chrisjohn’s family expressed relief that Constable Doering had received a custodial sentence.

“We have been waiting four years for this decision. Debra was a beautiful person with an amazing sense of humour. She was full of love,” Ms. Chrisjohn’s sister, Cindy, wrote. “The judge was very clear that he must go to jail for lying to other police about her medical situation and for not treating her like she was a human being. We support that.”

In an e-mail statement after the sentencing, the London Police Association extended their sympathies to the Chrisjohn family, but expressed concern that the case “sets an unsustainable precedent and establishes an exacting standard of care on a system that already pushes our law enforcement personnel to their limits.”

They said a notice of appeal has been filed in the case.

Assembly of First Nations National Chief Perry Bellegarde said in a statement that Ms. Chrisjohn’s “untimely and preventable” death saddened First Nations people. “I hope Justice Pomerance’s words will be heard by law enforcement leaders across the country and be a catalyst for positive change.” 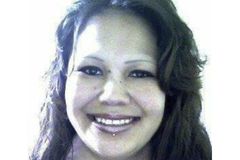 London, Ont., police officer found guilty in death of Indigenous woman
November 1, 2019
Follow Molly Hayes and Kristy Kirkup on Twitter @MollyHayes @kkirkup
Report an error Editorial code of conduct
Due to technical reasons, we have temporarily removed commenting from our articles. We hope to have this fixed soon. Thank you for your patience. If you are looking to give feedback on our new site, please send it along to feedback@globeandmail.com. If you want to write a letter to the editor, please forward to letters@globeandmail.com.
Comments