Some Canadian parents are spending thousands to reserve their child’s spot in a daycare that may not reopen for months because of the COVID-19 pandemic, while others are paying nothing as their provinces have opted to cover those fees.

Nova Scotia, Prince Edward Island and Newfoundland and Labrador have spent millions since the outbreak began, compensating daycare centres for lost revenue after ordering them not to charge parents fees during the shutdown.

Neighbouring New Brunswick, meanwhile, is allowing daycare operators to decide whether to charge parents. That has led many parents to complain of what they see as an unfair fee system for a service they can’t use – watching child care costs pile up while some neighbours get a break on their bills.

Many are hesitant to speak out publicly against the fees or pull their children, because they’re worried they will lose coveted daycare spots once the pandemic ends.

Quebec Premier doesn’t rule out schools, daycares reopening ahead of May deadline

Thank you, and stay safe: Readers’ tributes to front-line workers in the coronavirus fight

“We’re basically paying close to $2,000 a month to hold their spots,” said Sara Wilson, a mother of two preschoolers in Saint John. “If the government thinks this is an essential service, then government should figure out a way to keep it viable. It shouldn’t be on the backs of parents … at what point does it feel like a charitable donation?"

Until this week, many daycare operators in Ontario were also charging parents despite being closed. The province issued an order for that practice to cease immediately on Friday, in response to growing frustration from families who were spending thousands for a daycare spot they can’t use, while caring for their children at home.

While the order has provided relief to them, Ontario child care operators are urging the provincial government to help them stay afloat.

Education Minister Stephen Lecce said daycare centres could apply to federal programs to keep businesses from going under during the pandemic – but many operators argue they’re not eligible as not-for-profit small businesses. Without compensation from the province, they warn child care spaces may be no longer available once the pandemic ends.

In Ontario, roughly a third of licensed child care centres are not-for-profit small businesses, which means many don’t qualify for financial support from the federal government.

"Our hope is … the provincial government will officially recognize the unique challenges facing Ontario’s licensed child care centres and announce a plan to ensure that every licensed centre that has had to close survives long enough to reopen,” said Andrea Hannen, executive director of the Association of Day Care Operators of Ontario.

The varied response to the pandemic across the country has exposed the difficulty in regulating an industry that ranges from independent, not-for-profit centres to municipally operated daycares to small, unlicensed in-home care providers.

“There’s no approach that’s standard across the country right now,” said Don Giesbrecht, chief executive of the Canadian Child Care Federation, an industry association that contends a national strategy is needed to deal with daycare costs during the pandemic.

Alberta has experienced mass layoffs across its child care sector after the province ordered centres closed, but did not replace the revenue lost from parents. British Columbia says licensed child care centres that closed will receive provincial support to help them cover fixed costs, such as rent, lease and mortgage payments, so they’ll be able to reopen when the pandemic ends.

Some in the industry are worried many daycare centres will go out of business and won’t be able to reopen as parents begin to return to work. That’s to say nothing of the thousands of private, unregistered daycare providers who may not be able to qualify for federal assistance during the pandemic, and may delay reopening their homes.

“If you take parent revenue out of the equation, you’re going to see the mass closure of child care programs in this country. They cannot sustain the loss,” Mr. Giesbrecht said.

In New Brunswick, the provincial government says it will cover the daycare costs for parents who have had their income affected by COVID-19. Everyone else is expected to keep paying their fees if their child’s centre opts to not lay off staff.

“At centres that closed, but have not laid off staff, parents must continue to pay their fee to hold their space at the centre,” said Danielle Elliott, spokeswoman for the Department of Education and Early Childhood Development.

At the Precious Little Ones daycare centre in Quispamsis, N.B., owner Karen Johnson said she chose not to lay off staff, and is continuing to charge parents because she was worried she might lose employees during a prolonged shutdown.

“My staff don’t make as much as many of my parents do. To go on unemployment and get 65 per cent of their wages, that would be devastating for them,” she said.

“They work hard, and I want them to be there for me when I reopen. … The whole intent is that when this passes and parents go back to work, the daycare is right there, ready to open.”

While she says she reduced fees because her daycare centre isn’t operating, Ms. Johnson said the revenue from parents allows her to pay her building’s mortgage, insurance, electrical bills and have confidence her staff will return once the pandemic ends.

Of the 56 children who normally attend her daycare, 11 are getting their fees subsidized by the provincial government, Ms. Johnson said. 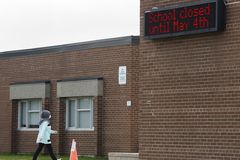 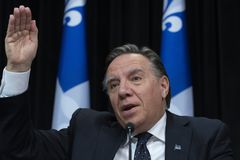