In a secure Quebec City warehouse, some half-rotten wooden beams held together with cross bracing sit in a climate-controlled tent drying out month by month after being buried for centuries.

The sodden 20-metre-long cedar frame carries more weight than just the weakened wooden fibres and water and clay it brought up with it from the ground. The frame was a key component in the Beaucours ramparts, the first major defensive wall French colonists set up in Canada 325 years ago to protect Quebec City from British bombardment. In addition to being an important piece of military history, some politicians have already adopted the artifact as a crucial piece of Quebec nationalist lore.

In November, a work crew digging a new foundation for a mansion inside the walls of Vieux Québec came across a piece of blackened wood protruding from the ground. Quebec City has well-established protocol for such finds and Jean-Yves Pintal, the archeologist supervising the site, quickly put a halt to work.

“We took our trowels and immediately started to carefully move the earth,” Mr. Pintal said. “It was very cold and wet but we knew immediately what we’d found.”

Before Mr. Pintal and his colleagues had even pulled the artifacts from the ground, provincial politicians gathered to celebrate the find and invest it with meaning. Premier François Legault, a self-described Quebec nationalist who abandoned the cause of separation years ago, was ebullient.

“This is very touching, very inspirational,” Mr. Legault said after touring the dig. “Our ancestors, the people who founded Nouvelle France 400 years ago, working hard in difficult conditions, managed to preserve a nation that spoke French. I’m very proud as head of the Quebec nation that we’ve managed to preserve what we are. It’s very inspiring.”

Quebec City Mayor Régis Labeaume mused about big plans for the artifacts. “We will be there every step of the way to make a great project out of this,” he said. 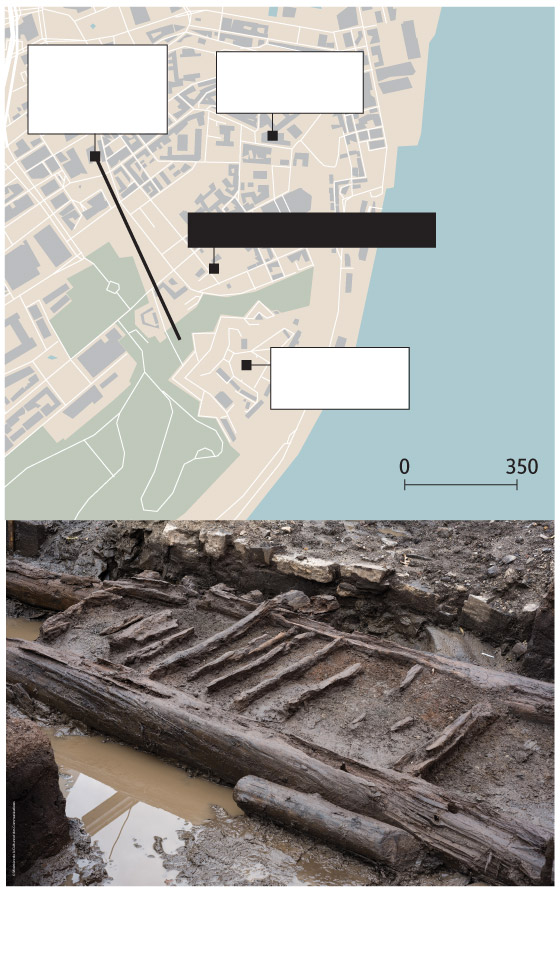 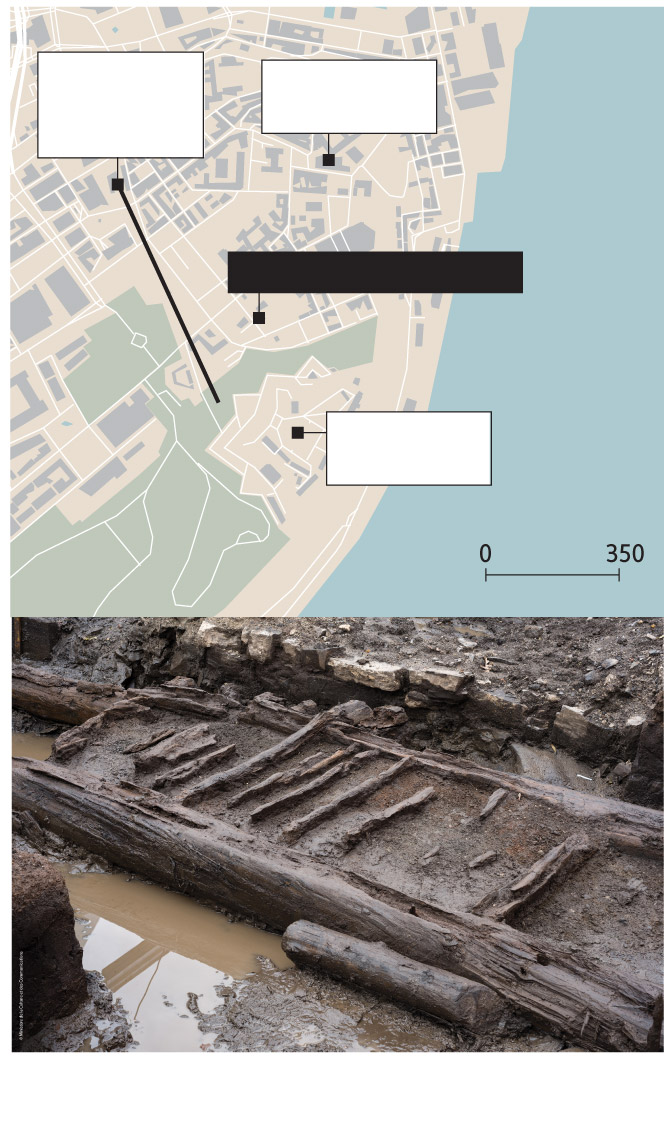 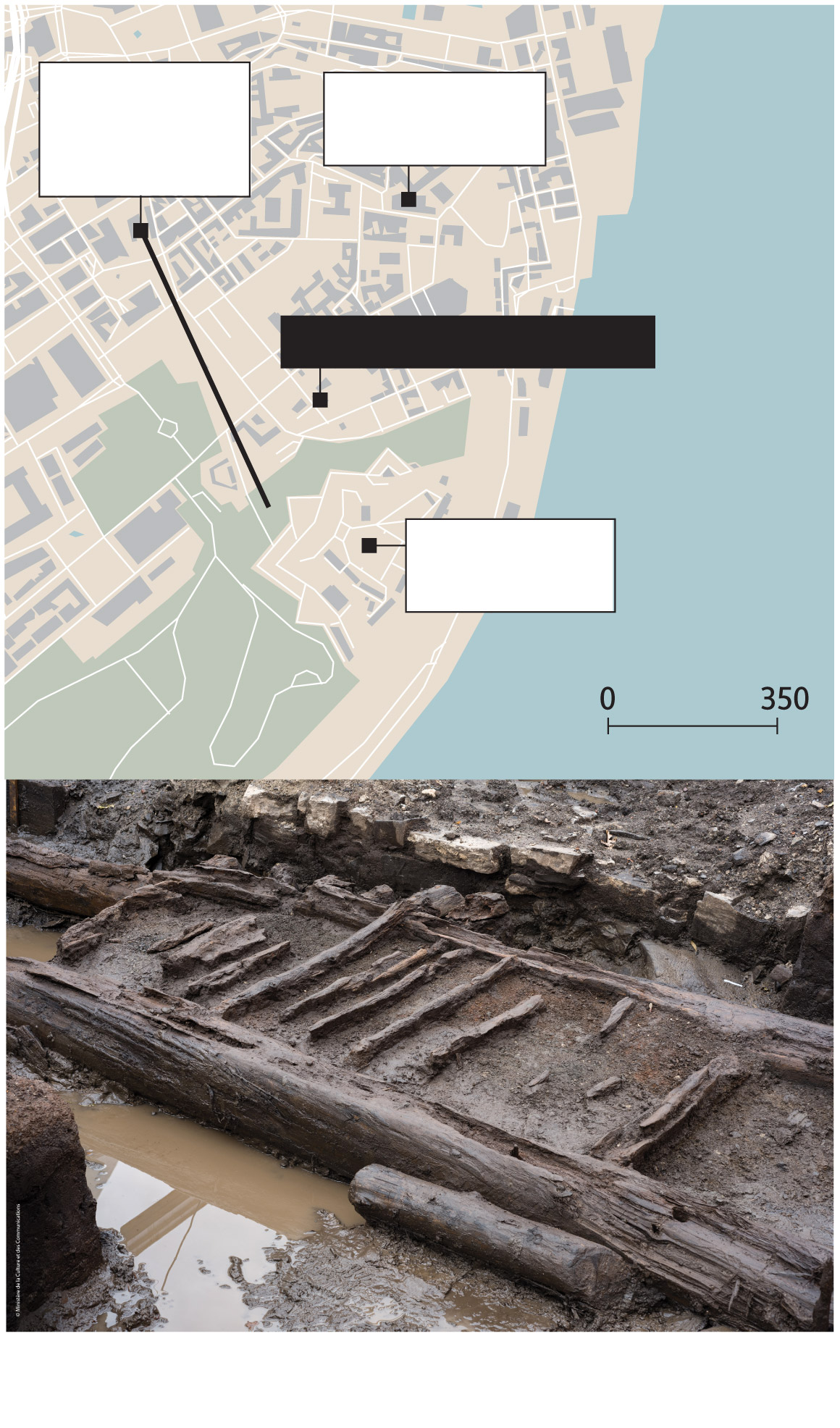 Quebec City is a United Nations World Heritage site, largely because of its history as the fortified capital of Nouvelle France. The find, at the very least, adds to that historical currency. However, archeologists and conservators had to win a race against deteriorating weather and now must stop the natural process of rotting wood before the fortification can become a museum piece.

André Bergeron, a conservator with the Centre de conservation du Québec, the provincial agency that specializes in preserving historically significant organic material occasionally found in the province, was editing a book for archeologists when he got the call about the discovery. He rushed to the scene to meet his colleague Patrick Quirion and Mr. Pintal, trading office work for bone-chilling field work.

When centuries-old wooden artifacts are discovered, they are usually in bodies of water that deprive microbes the necessary oxygen to decompose wood. During the construction of Quebec’s Musée de la civilisation in the 1980s, the conservation centre recovered and preserved several 18th-century boats buried near the shore of the St. Lawrence River. They are now prominent pieces in the museum.

In the case of the Beaucours ramparts, an underground stream soaked clay that entomb the rampart remains, preserving them for 325 years.

“I was extremely surprised, to find wood like that in a soil environment,” Mr. Bergeron said. “It is exceptional.”

Once exposed to air, sun and the weather, the pieces would begin decomposing almost immediately. The early arrival of a -15 C November cold snap complicated matters. Workers spent long days with numb fingers digging around the remains, carefully keeping the clay around them intact.

“It looks like wood but it has the consistency of cottage cheese and cannot support any pressure,” Mr. Bergeron said. “It’s the soil that is holding it all together.”

Workers built a steel frame with a plastic bottom around the relics and dirt. They used a crane to gingerly lift the entire muddy block out of the ground and set it on a flatbed trailer.

“We held our breath hoping our calculations were on target,” Mr. Bergeron said. “They were. We were all exhausted.”

The conservation centre operates like a hospital, Mr. Bergeron said. Conservators identify each piece and give it a chart to track treatment and progress. They then triage each piece to assess urgency of treatment. The team catalogued, boxed and refrigerated smaller pieces to work on later while they placed the two main beams in the centre’s warehouse for immediate intervention.

There the team placed the beams on a cushioned frame and built a tent around them to control humidity. Mr. Bergeron and Mr. Quirion used water to clean them off painstakingly. Now the drying and preservation process is underway.

Mr. Bergeron said healthy wood usually has 5 per cent to 15 per cent water content. These artifacts are 456 per cent of their normal weight because of water, he said.

Every day the men will spray the relics with a polyethylene-glycol and water solution that keeps the exterior from drying out too quickly while also slowly impregnating the wood with the chemical preservative. The process will continue for two years until a weekly weigh-in shows the artifacts have stopped losing water.

“We’re already starting to think about how we will develop and showcase the material while ensuring their preservation,” Mr. Bergeron said. “They have a story to tell.”

In 1690, the portion of New France known as Canada was a small slice of territory along the St. Lawrence River. The entire colony from Louisiana to Hudson Bay to the Atlantic Ocean had about 12,000 settlers, compared with 250,000 colonists in the English territories.

The French colonial capital of Quebec City had about 800 inhabitants protected by a simple stockade – a high wooden fence made with posts dug deep into the ground that protected against foot soldiers but did nothing against bombardment. Constructed hastily after an Iroquois attack on Lachine in 1689 killed 24 settlers, the fence barely survived three winters and provided little comfort when the English colonial fleet under Sir William Phipps sailed up the St. Lawrence River from Massachusetts in 1690.

That attack was repelled but drove home the urgency to upgrade the city’s defences, according to historian André Charbonneau, co-author of Quebec: The Fortified City. In 1692, believing another English attack was imminent, Governor-General Louis de Buade de Frontenac named a young officer to build a fortifications to protect Quebec from attack on its western plateau, the Plains of Abraham.

Chevalier Josué Dubois Berthelot de Beaucours, a midshipman in the French navy who had studied some engineering before King Louis XIV dispatched him to Canada, came up with a design using the cedar palisades dug out of the ground in November. Beaucours used wood to create a fence to repel an attack on foot that also acted as a retaining wall for a thick earthen mound that could withstand shelling.

Mr. Charbonneau said Beaucours designed a solid defence, with one major fault: He failed to account for the high ground just outside the fortification where the present-day Citadelle stands that gave an unobstructed view inside the city walls.

“I conclude that he was a good theoretician but he wasn’t so good at adapting to the geography of the site,” the historian said.

Stone works were added to make up for the error, but it didn’t matter in the end: The fortification was never tested. The next major English attack came 66 years later – after Quebec City’s iconic stone walls were built about 100 metres to the west. The English would defeat the French colonists on the Plains of Abraham in 1759.

The old earth-and-wood ramparts are “very important to the evolution of Quebec as a fortified city, to the consciousness it could be vulnerable to a European-style siege, with the use of cannon to destroy walls,” Mr. Charbonneau said.

But, Mr. Charbonneau said, the rampart is just one piece of Quebec history that “demonstrates a collective will to survive.” Another element, he said, is that the civilians enlisted to do the hard labour to build the Beaucours ramparts also formed the militia that defended Canadian territory in 1690 and in several other battles over the centuries.

“Every time the colony was under attack, the settlers always answered the call, whether they spoke English or French. They resisted.”