The RCMP’s chief trainer is about to become Canada’s top cop, but her mission may not be changing all that much: Brenda Lucki is still going to have figure out ways to produce a lot more Mounties, and quickly.

The soon-to-be RCMP Commissioner Lucki has spent the past 18 months heading the force’s training academy in Regina, where she has been increasing the output of police-cadet graduates. Yet with the Mounties still mired in a staffing crunch, police officers are feared to be leaving the RCMP’s oversubscribed ranks faster than the force can replenish them.

This state of affairs is forcing difficult decisions about which positions need to be filled, and which ones can remain vacant. Given the breadth of the Mounties’ mission, it’s a problem that affects law enforcement in just about every jurisdiction of Canada.

“It’s probably the most difficult time for the RCMP in 20 years,” says Senator Vern White, who was a senior Mountie before entering politics. “They absolutely have an HR crisis when it comes to recruiting and hiring and retaining.”

One big bottleneck remains Depot Division, the RCMP’s central training facility in Regina. Currently commanded by incoming Commissioner Lucki, it has trained almost every Mountie who has worn the uniform for more than a century.

Despite its longevity, Depot has never managed to turn out Mounties very consistently. Figures released to The Globe through an Access to Information request show that during the past 25 years, it has only graduated, on average, about 700 police officers each year. Yet these numbers can whipsaw wildly from one year to the next, especially if the federal government faces a cash crunch.

That average amounts to a replenishment rate of about 3.5 per cent for a police force that tends to have about 20,000 police-officer positions, at least on paper. RCMP commanders have lately openly spoken about overall vacancies sitting at around 12 per cent across the force – and of the 800 or so officers leaving the force each year.

For these reasons, Depot has kicked into high gear.

The training academy is now graduating many more Mounties than usual, following the relaxation of some long-standing physical, academic and citizenship prerequisites. It produced 938 graduates in fiscal 2016. And late last year, Public Safety Minister Ralph Goodale publicly predicted it would produce 1,100 graduates in 2017, and 1,200 in the coming year.

Yet that’s about as much as Depot can do. “There’s no infrastructure for more,” the outgoing acting RCMP commissioner, Dan Dubeau, told a parliamentary committee last year.

Statistics show that in the past quarter century, Depot has had only one multiyear run – in the mid-2000s – of producing more than 1,000 Mounties a year. And typically, the numbers of RCMP graduates falls sharply in times when the federal government decides it wants to dig out of deficits.

During the austerity budgets of the Liberals in the 1990s and the Conservatives in the 2010s, the number of RCMP graduates dropped below 400 a year.

Mounties are now said to be retiring in high numbers. Booming cities in Western Canada are especially concerned about the prospect of continuing police shortages, given how Ottawa encouraged them to dissolve their local police forces to replace them with the RCMP decades ago.

“Depot is currently ramping up as much as possible, but even at maximum is barely able to produce enough members to meet the demand caused by normal attrition,” reads a bulletin that the Union of B.C. Municipalities circulated earlier this year.

British Columbia’s ongoing demographic boom has already led to more than one-third of all Mounties being stationed there. RCMP salaries are relatively low and many of them work in the cities surrounding Vancouver, where living costs are high.

“The gap in pay for the RCMP right now is something that the federal government should deal with sooner than later,” says civil servant Clayton Pecknold, a former Mountie who now manages police contracts for British Columbia. He said more Mounties are jumping ship to better-paying police forces. “I’m hearing anecdotally it’s happening from police leaders, so I take them at their word.”

Last year, The Globe reported that Canada’s biggest provinces – B.C., Ontario and Quebec – are about 15 per cent below the “federal policing” staffing levels seen in 2011. These RCMP ranks include the nationally focused detectives tasked with pursuing terrorists, drug dealers, mobsters and corrupt politicians. Such work can be crucial to preserving public safety and national security. Yet the federal-policing branch tends to get hit hardest by RCMP staffing crunches. Often, the force feels obliged instead to route what police officers it can to local law enforcement in the communities it is contractually obliged to serve.

“Insufficient financial and human resources continue to be a challenge” reads the federal-policing branch’s 2017 strategic plan. It adds that “current difficulties in recruiting a sufficient number of cadets will not only continue, but will likely be exacerbated.” 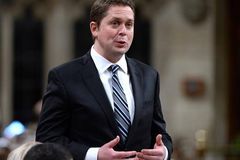 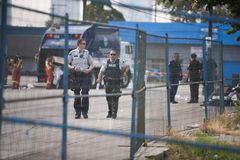 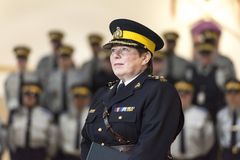