Northerners could get relief from sky-high grocery bills if Ottawa were to help regulate and encourage the sale of food harvested from the land, a federal advisory board has concluded.

In a report released Monday, the National Indigenous Economic Development Board recommends changes to how so-called country food is exchanged. They include regulations on buying and selling to safety standards and even marketing boards to explore potential sales outside the North.

“There appears to be support for establishing a regulatory framework to guide and regulate the selling and marketing of traditional food,” said board member Hilda Broomfield Letemplier.

“We want to look at providing a statutory foundation for all matters affecting the gathering, sharing and selling of country food in the North.”

High food prices have long been an issue across the Arctic and in the northern reaches of most provinces. A chicken can cost $20; the tab for four litres of juice can be nearly $27.

A study in 2010 found that almost half of Nunavut children between the ages of three and five lived in homes where they either had no food for an entire day or where their parents couldn’t afford to feed them at least part of the time. Two-thirds of parents said there were times when food ran out and there was no money for more.

In 2012, Statistics Canada found that 22 per cent of Inuit reported going hungry during the previous year because they couldn’t afford food.

Fresh, healthy food from the land could go a long way to alleviating that – if proper policies were brought in, Monday’s report says.

Caribou and char are often bought and sold informally through social media. The report suggests that if those sales were regulated, institutions such as hospitals and schools could use the food.

It points out Nunavut has already made moves in that direction that could serve as a model.

“This certification would establish a national approach to branding and marketing sustainable Inuit, First Nations and Metis wildlife products for domestic and international trade.”

Regulations would have to be accompanied by facilities such as processing plants, the report says. Hunters would also have to be supported to reduce the cost of equipment and supplies.

The report also suggests that the cost of some staple items could be capped in grocery stores.

Some northern leaders have already expressed concern over whether Arctic caribou herds could sustain a commercial hunt. Broomfield Letemplier acknowledged that healthy wildlife populations would have to come first.

“We wouldn’t want to do that until we knew the herds were healthy.”

The board’s report comes after recent reforms to Nutrition North, a federal program intended to reduce the cost of shipping food to the North. Although those reforms, announced in December, increased shipping subsidies and hunter supports, it didn’t change how the program worked.

Broomfield Letemplier said that quite apart from its effects on health, food insecurity is damaging the economic development of Canada’s Arctic.

“Northern sustainable food systems are a critical part of economic development in the North. With a healthier work force, the economic climate is more favourable to attract and retain businesses.”

The board’s report is to go to the federal government for consideration. 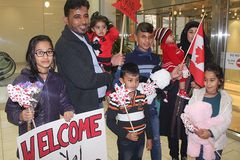 Amplify: How a stroller opened my eyes to inaccessibility in my city
February 15, 2019 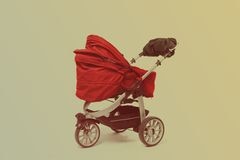 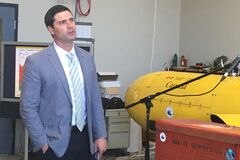