The day after Prime Minister Justin Trudeau expelled former cabinet ministers Jody Wilson-Raybould and Jane Philpott from the Liberal caucus, Darlene Okemaysim-Sicotte decided she was through with the Liberal Party.

On Facebook, Ms. Okemaysim-Sicotte – who had joined the Liberal Party after meeting Mr. Trudeau at a party event in Saskatchewan several years ago – said she would be withdrawing her membership and offered her political keepsakes, including a book signed by the Prime Minister, to anyone who wanted them.

In a telephone interview hours later, Ms. Okemaysim-Sicotte, who is Cree, said her hopes for political change for Indigenous people were based largely on Ms. Wilson-Raybould being in cabinet.

“If they [the Liberals] had kept those two ministers, I really think they could have survived the situation,” said Ms. Okemaysim-Sicotte, who is part of a Saskatchewan group involved with the National Inquiry into Missing and Murdered Indigenous Women and Girls.

Across the country, similar reassessments were taking place, with some Indigenous people sharing Ms. Okemaysim-Sicotte’s concerns that hopes of Indigenous reconciliation have been hurt by events in Ottawa.

Merle Alexander, an Indigenous lawyer in Vancouver, said it is hard to overstate the symbolic importance of Ms. Wilson-Raybould’s cabinet position and Liberal commitments related to everything from clean drinking water to a new legal framework that would guarantee Indigenous rights.

“I think it’s reasonable to say that the expectations have never been higher that the Crown-Indigenous relationship may actually start becoming one more honourable,” Mr. Alexander said on Wednesday.

“Since January, you have this scandal ending with Jody Wilson-Raybould … being treated so disrespectfully – I think it is almost impossible for that not to set the lens through which Indigenous people view the current stage of the Indigenous-Crown relationship,” Mr. Alexander said.

In September, leaders attending an Assembly of First Nations policy forum said the government was moving too quickly. The framework has been put on hold in favour of two stand-alone laws, one on child and family services and one on Indigenous languages.

On Wednesday, AFN National Chief Perry Bellegarde said he was disappointed with the departure of Ms. Wilson-Raybould and Ms. Philpott from cabinet, saying in a statement that both had shown “genuine interest in working directly with First Nations advancing our priorities.”

B.C’.s Nuu-chah-nulth Tribal Council also criticized the expulsion of Ms. Philpott and Ms. Wilson-Raybould from the Liberal caucus, saying in a statement that the women’s removal “strongly shows that Prime Minister Justin Trudeau cannot work with strong, principled women in a way that can keep his Liberal caucus intact.”

Ken Young, a Cree lawyer in Winnipeg who has worked on residential-school settlements, criticized Ms. Wilson-Raybould, saying she could have handled the SNC-Lavalin situation differently, and in doing so headed off a confrontation that ultimately resulted in her expulsion from cabinet.

“My disappointment with [Ms. Wilson-Raybould] is that she let down, in my view, First Nations people,” Mr. Young said, noting that she was a First Nations woman holding an extremely important cabinet position.

“Taping a telephone conversation like that is going to haunt her for a long time. … It’s very unfortunate that she did that – it was not necessary,” Mr. Young said. 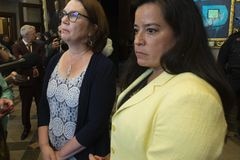 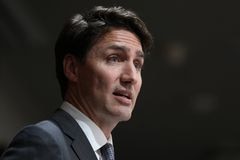