The census data also show the number of children in foster care remains disproportionately high compared to the non-Indigenous population, while housing conditions on and off-reserve and in cities continue to be disproportionately substandard. The agency said the COVID-19 pandemic made it difficult to collect data in some communities, but the 2021 census is still its most detailed picture of First Nations, Métis and Inuit populations.

Natural growth and response mobility are the two main reasons for the growing Indigenous population, StatsCan says. Natural growth relates to higher birth rates and increased life spans while response mobility refers to individuals who may not have previously identified as Indigenous but are now more likely to do so. This is in part due to personal reasons, modern treaties and agreements, changes to legislation, court cases and broader societal factors.

‘Shocking and shameful’: For the first time, Indigenous women make up half the female population in Canada’s federal prisons

StatsCan said determining how much of the increase is from people likely to self-identify as Indigenous is a matter for further study.

Age and gender distribution of Indigenous

Age and gender distribution of Indigenous 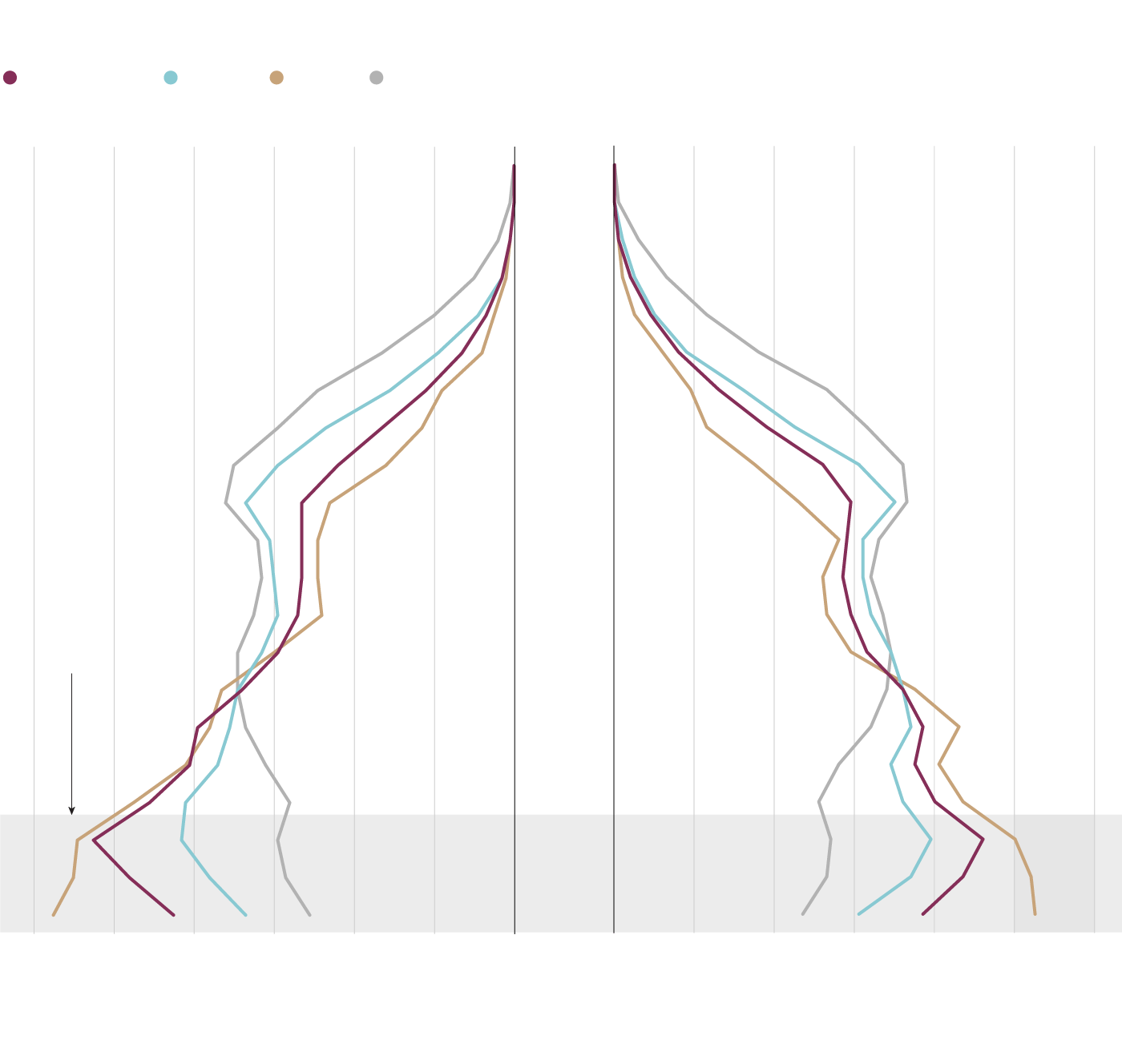 Age and gender distribution of Indigenous and non-Indigenous populations in Canada, 2021

Inuit among youngest populations in Canada, with one-third aged 14 years and younger

The category “Men+” includes men (and/or boys), as well as some non-binary persons.

The category “Women+” includes women (and/or girls), as well as some non-binary persons.

The Inuit population outside Inuit Nunangat grew faster than the population within (+23.6 per cent versus +2.9 per cent).

On housing, Indigenous people continue to be more likely to live in substandard dwellings than the non-Indigenous population – at a rate three times higher for Indigenous people living in homes in need of major repairs, although overall it is a slight decrease since 2016.

The 2021 data indicate almost one in six Indigenous people, 16.4 per cent, lived in a dwelling that needed major repairs, a rate almost three times higher than the non-Indigenous population, at 5.7 per cent.

StatsCan says this is in part because of barriers that include high costs and limited access to building materials and supplies in remote, northern communities. Additionally, the agency says the Indian Act’s prohibition on using private property as collateral on-reserve makes it difficult to access financing to buy, renovate or repair housing.