Indigenous Services Minister Marc Miller says he disagrees with RCMP Commissioner Brenda Lucki’s assessment that officers in Nova Scotia were managing the situation when a Mi’kmaq fishery was the target of violence and property damage by fishermen.

The Commissioner’s response on the RCMP’s actions “speaks volumes,” Mr. Miller said in an interview on Thursday.

At a news conference on Wednesday, the Commissioner defended officers in Nova Scotia after Indigenous leaders said officers stood by during recent violence and intimidation aimed at the Mi’kmaq fishery and community members. She said: “I want to reassure … the people of Nova Scotia, the Mi’kmaq and all Canadians that we are managing this issue.” It was her first public comment on the confrontations.

“We are obviously in disagreement on it,” Mr. Miller said. “I disagree with her assessment of the situation.”

Commissioner Lucki’s remarks indicate the enormity of work required to reform the RCMP, he added.

When asked whether the Commissioner needs to step down, Mr. Miller said, “These are things that I speak about internally to cabinet and I will reserve judgment on that.”

Tensions have escalated with non-Indigenous fishermen, who take issue with the Mi’kmaq fishery operating outside of the regulated fishing season. Mi’kmaq leaders say they are allowed to do so under a 1999 Supreme Court decision that affirms their right to fish for a moderate livelihood.

Criticism of the RCMP from Indigenous leaders includes that the force failed to stop an angry mob that attacked two rural storage facilities holding Mi’kmaq lobster catches, threw rocks and set a van on fire.

The RCMP is deeply concerned by the acts of violence and property damage in the fisheries dispute, Commissioner Lucki said, noting that two people have been charged, including one with assault over an incident with Sipekne’katik First Nation Chief Mike Sack.

Mr. Miller said on Thursday that his disagreement with the Commissioner is not a personal issue between the two of them.

“Far from that,” he said. “It would betray the importance of the situation.”

He said he expects the Commissioner to ensure the RCMP does its job to protect and serve all Canadians, including Indigenous people, and to be mindful of a painful history they have with the force.

Commissioner Lucki has faced calls to resign from Indigenous leaders, including Nishnawbe Aski Nation Grand Chief Alvin Fiddler, after she struggled last spring with the notion that the term “systemic racism” applied to her police force.

In response, Prime Minister Justin Trudeau said systemic racism applies to all institutions across the country, but stood by the Commissioner. He said she and the government will work with racialized and Indigenous Canadians to make changes. Commissioner Lucki also released a statement on systemic racism in the force.

In the Throne Speech on Sept. 23, the Liberal government also promised changes to address systemic racism and to move forward on reconciliation with Indigenous peoples, including a pledge to reform the RCMP and modernize training for police and law enforcement.

Calls for the Commissioner’s removal were renewed on Wednesday after her defence of the officers in Nova Scotia. Mr. Fiddler said her statements show she “doesn’t get it.”

Mr. Miller also said his issue is not necessarily with any particular officer but that the situation led to those officers being unable to keep the peace, and then a lobster pound burned down three days later.

Senator Murray Sinclair, who chaired the Truth and Reconciliation Commission inquiry into Canada’s residential school legacy, said the Commissioner’s remarks flew in the face of evidence. He said the fact that property damage occurred before and after the assault on Mr. Sack, and that not enough officers were on the scene to keep the peace, among other problems, shows that the force was not managing the situation.

The RCMP’s response in Nova Scotia also is the opposite of its actions when an Indigenous blockade “interferes with the rights of non-Indigenous people,” he said.

“They are out in full military force to deal with that.”

“It’s the same old song and dance, ‘We’re working on it, we’re investigating it,’” he said on Wednesday in Digby, N.S. “For us, it’s not good enough. We feel the hate crimes will continue, the threats are still out there.”

Mr. Sack has called for the army to help keep the peace and prevent commercial fishermen from “taking the law into their own hands.”

Public Safety Minister Bill Blair said the situation is not a military operation, and additional resources have been deployed to the RCMP at the request of the province.

With a report from Greg Mercer in Digby, N.S. 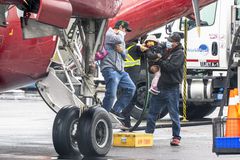 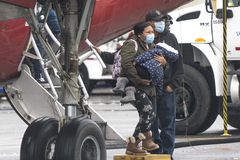 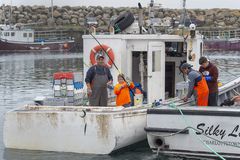